A MAYDAY FROM THE CIRCLING WAGONS 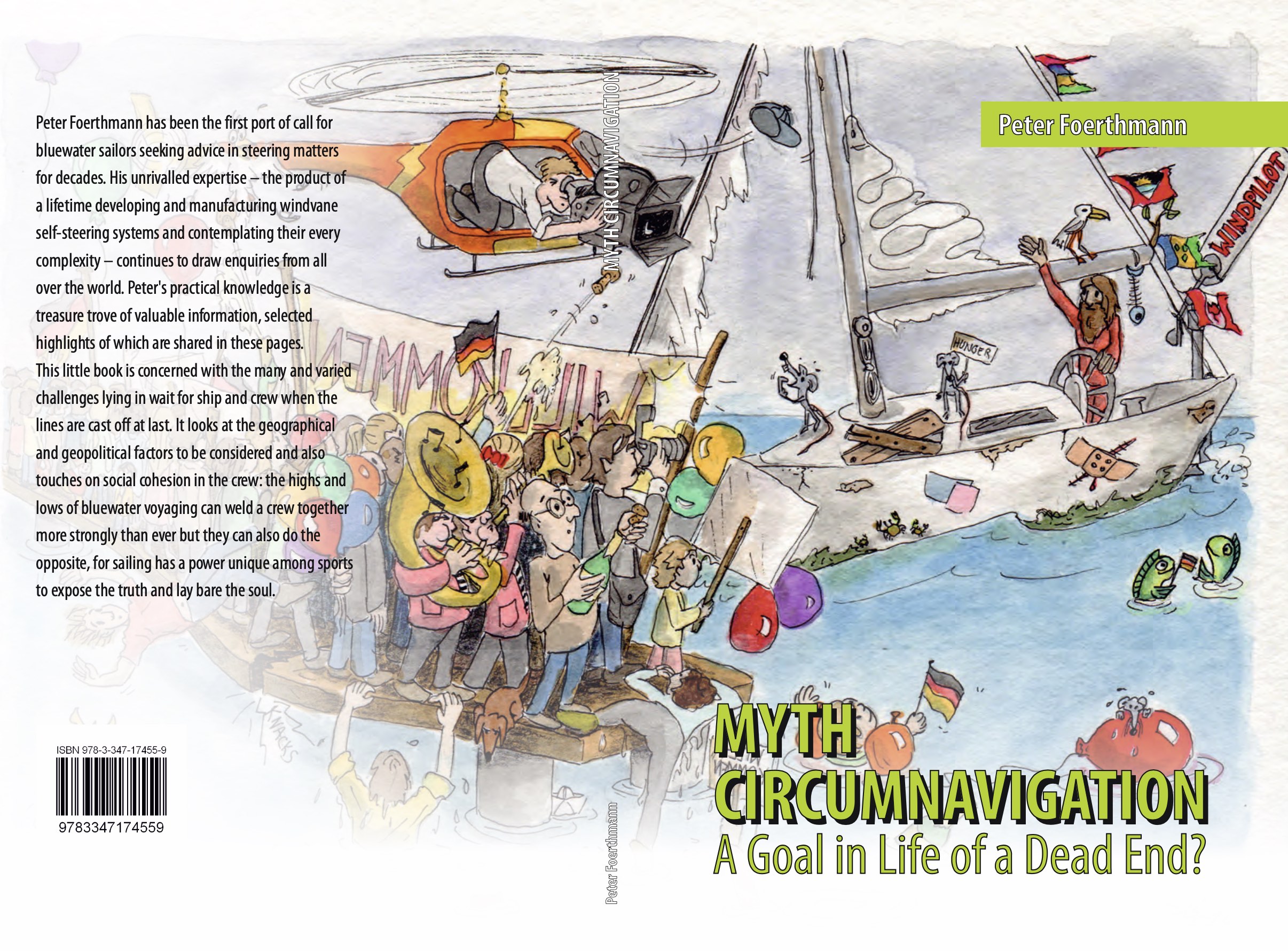 Welcome to a quick update on the latest developments from the choppy waters where the interests of sailors, readers and the purveyors of goods and services in words and pictures meet. What news from the eternal struggle between customer and supplier? What about the marketing and media front? Are consumers being treated to the stick or the carrot this week?

Does the fact that it takes a certain amount of intelligence to gain ownership of a boat through one’s own endeavours mean that influencers in the marine sector might actually be worth listening to? Or has the common sailor herd, with its combined wisdom, quietly gained the upper hand over the influencers and wrested control of market trends? It’s a sensitive subject no doubt and a decidedly murky one too – what one moment seems like progress can easily turn out the next to be just another intellectual blind alley. Anyway, here goes!

What we are talking about, if you recall, is the quest for fame, money and recognition (immortality even). Note that that’s an “and” not an “or” – the aim is definitely to achieve all three, although the order is unimportant. The main thing, always, is to find enough people/readers/random nomads of the internet ready and able to pick up the tab for the must-have du jour without expecting much in return besides the sweet pleasure of enabling their hero’s lifestyle. Everybody knows Facebook and co. are the cheapest place to chase recognition (by which I obviously mean genuine heartfelt friendships just like it says on the button) because every click delivers pecuniary benefits (and the cackling organ-grinder salts away the metadata in unfathomable quantities for subsequent mining and exploitation, all exactly as described in the equally unfathomable terms of use). Social networks dangle the promise of smooth waters while concealing the absence of safe harbours: on the surface, nothing but positivity – likes, friends, smiley emojis all round – and beneath the waves a cut-throat battle to maximise the information that can be teased out of heads and clicks, churned through the algorithms and leveraged for ever-fatter profits. Whatever honeyed messages pour forth on the screen to keep us off guard, we know in the end that it’s really just Me My Mine.

The questions of our time:  What is information worth today?  Where is the point of equilibrium between producer and consumer?  Who is footing the bill (or, to put it another way, who’s playing whom?)
Open or concealed, direct or indirect, what information can be had for free and what information is paywalled? And is the price worth paying in either case? It’s an adventure playground like no other, in which information is laid out as bait, disguised as affiliate links, heralded on banners or formalised in the texts of oh-so-credible advertorials, ideally so that it can take up station in the reader’s subconscious and subtly steer (or should that be tranquilise?) the brain so that the desired purchasing decision is made without the purchaser ever really understanding how it came about or – and here’s the really cunning bit – where to direct the blame. Remember, it’s all about the click, not the happily ever after!

A free press is one of the pillars of democracy, its unimpeachable knights errant the journalists a beacon of objectivity in our society. Until, that is, they start having to worry about paying the bills as well as writing the stories. Perhaps, if the product needs selling all that badly and the quid pro quo is really that attractive, the pen might be persuaded to cast its prose in a cause less noble (but more lucrative) than the truth and nothing but? A glance at the circulation/page impression figures of well-known print and online portals reveals how their habitable zone has contracted and how disloyal (or discerning, to offer another perspective) the much-prized reader has become. They reap what they sow. And the culprits are but thinly veiled: banners, ads, inserts and supporter links cannot help but give the game away. But what does all of this have to do with self-steering?

My gaze from Windpilot’s specialist niche in the marine market has undoubtedly grown more critical over the years, but the main issue is that I like to deal with everyone at eye-level – as a meeting of equals – and not everyone finds that acceptable. All too often I recognise structures designed only to function vertically, one-way streets that send a clear message of “We’re not playing with you”. It’s as if a decision has been made to circle the wagons and keep all dissenting opinions outside. Pushing harder to add new ideas into the mix just makes the resistance even firmer. The result is a juvenile mentality expressed in e-mails and calls being ignored, blogs dismissed with a blanket condemnation and any attempt at professional interaction on an equal footing stymied. Many foes, much honour? Perhaps, perhaps, perhaps…

A number of the prominent publishers, magazines and online editorial teams have made a rod for their own back by trying to shift the balance of costs and income too far in a sector in which gimlet-eyed readers and consumers – that’s the sailing public – know and understand exactly how the game is played. How long they might still be able to survive without a dramatic change of course I wouldn’t like to guess, but it surely takes a long time to overcome inertia on this scale even if the will were to be there.

The fact is, smart sailors (and others with the perspicacity to take an interest in our sport) have a hunger for information quite as large as their distaste for click bait and ambush banners and all the other techniques used to lead unwary visitors astray (and in the process, rather counter-productively, present them with compelling evidence of where the financial interests of the online portals really lie). All of this makes fertile ground for blogs, which can quickly and easily provide all the lift of reliable, valuable information without the energy-sapping drag of mandatory registration, e-mail address gathering and payment traps. Authenticity cannot be bought! Requiring visitors to register or pay inevitably causes them to ponder the true value of the content on offer. There are other ways to share knowledge … and plenty of people are making use of them.

Circling the wagons appears thoroughly futile in the face of this onslaught because the bloggers are so very many in number and every single one has his or her own unique recipe for success. Even well-known and established authors are prepared today to walk away from long-standing publishing relationships if their titles fall out of favour, for example due to sliding sales. There is only so much margin to go around – certainly not enough to keep everyone happy and often not enough to keep anyone happy. The thing is, they’re fighting tooth and claw even within the circled wagons because everyone ultimately puts their own interest first.

I can’t help wondering how much longer these legacy publishing structures are going to be able to hang on. Will the current upheaval in the market inspire them to venture a meaningful rethink or will they again stay put in their corral hoping for the best? If the past is anything to go by…

My impression thus far is that individual sensitivities continue to trump the cold, hard facts.

The interests of author and publisher, as my documented experiences with various publishing houses demonstrate, do not always coincide and are not always (!) fairly reconciled. The market has changed and no longer dances to the tune of publishers with large print-runs to produce, finance and store. Costs readily grow out of hand and then the only option is to flog the stock off on the cheap to try and generate some cash flow. But where does that leave the authors? What reward remains for their creative efforts up front?

I have been through this myself, suffered the consequences, learned the lessons and made the necessary mental notes.

It’s dog-eat-dog within the circled wagons of publishing and journalism and I have decided it’s a world I am happy to remain outside. Fortunately there does seem to be another way thanks to a company called tredition, a relative newcomer to the publishing business, which gives authors more power and keeps costs down by printing on demand and helping every book to find its market. The tredition model, which includes professional marketing, works particularly well for authors who have their own sales channel. And so it is that one day very soon WINDPILOT BOOKS, the third Windpilot URL, will awake from its enchanted slumber (which – I freely confess – was never intended to last half this long). The time just wasn’t right, but the idea (like its now silver haired progenitor) has matured and the moment has come.
MYTH CIRCUMNAVIGATION is a small book full of life experiences. It is already available in German and the English version will be published shortly. 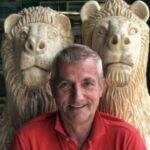