SO NEAR AND YET SO FAR AWAY 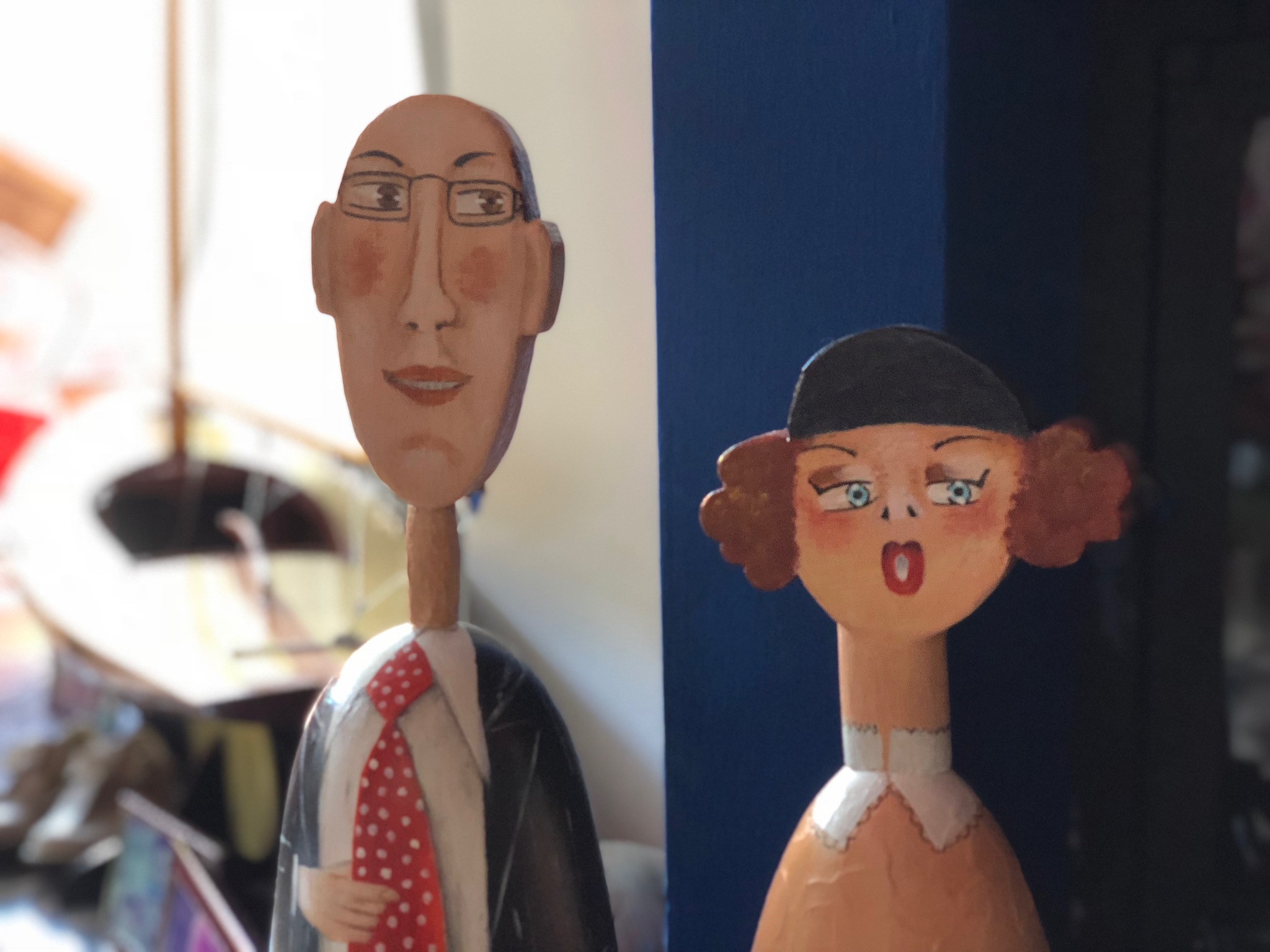 It is often said that the first step is the hardest but I am not necessarily convinced this true: sometimes the ball starts rolling almost of itself and the challenge lies in controlling where it eventually settles. Entrusting one’s heart to a partner with roots in foreign soil means a future of complex decisions with far-reaching consequences. All too easily one can find oneself trapped, a rabbit in headlights, a detached soul who is regarded everywhere as a visitor and never quite feels at home anywhere. 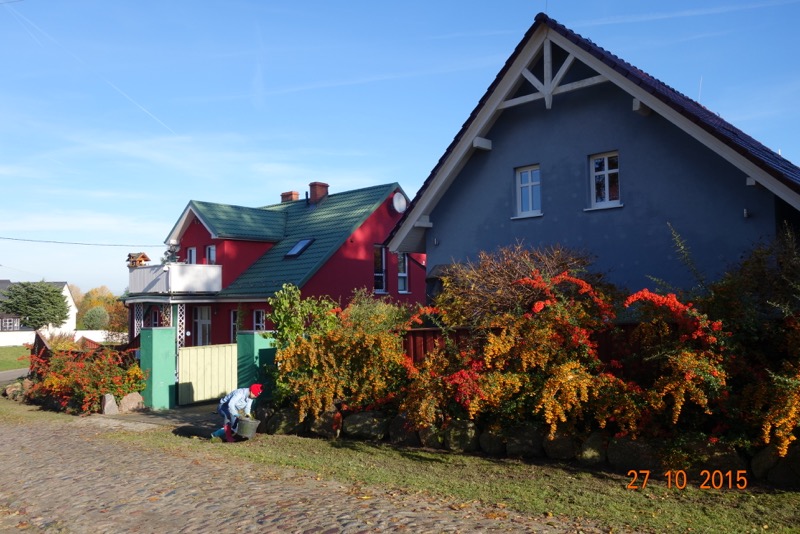 Long-distance relationships thrive on clarity and honesty, without which lines are sure to become crossed, intentions addled and outcomes compromised – all of which applies in spades if one has a history of seeing relationships founder for a lack of mutual respect and a (perhaps not unrelated) firm preference for lancing the boil as soon as possible. A human relationship in which respect is not freely given and received by both sides can never prosper, of this the years have only made me more certain. 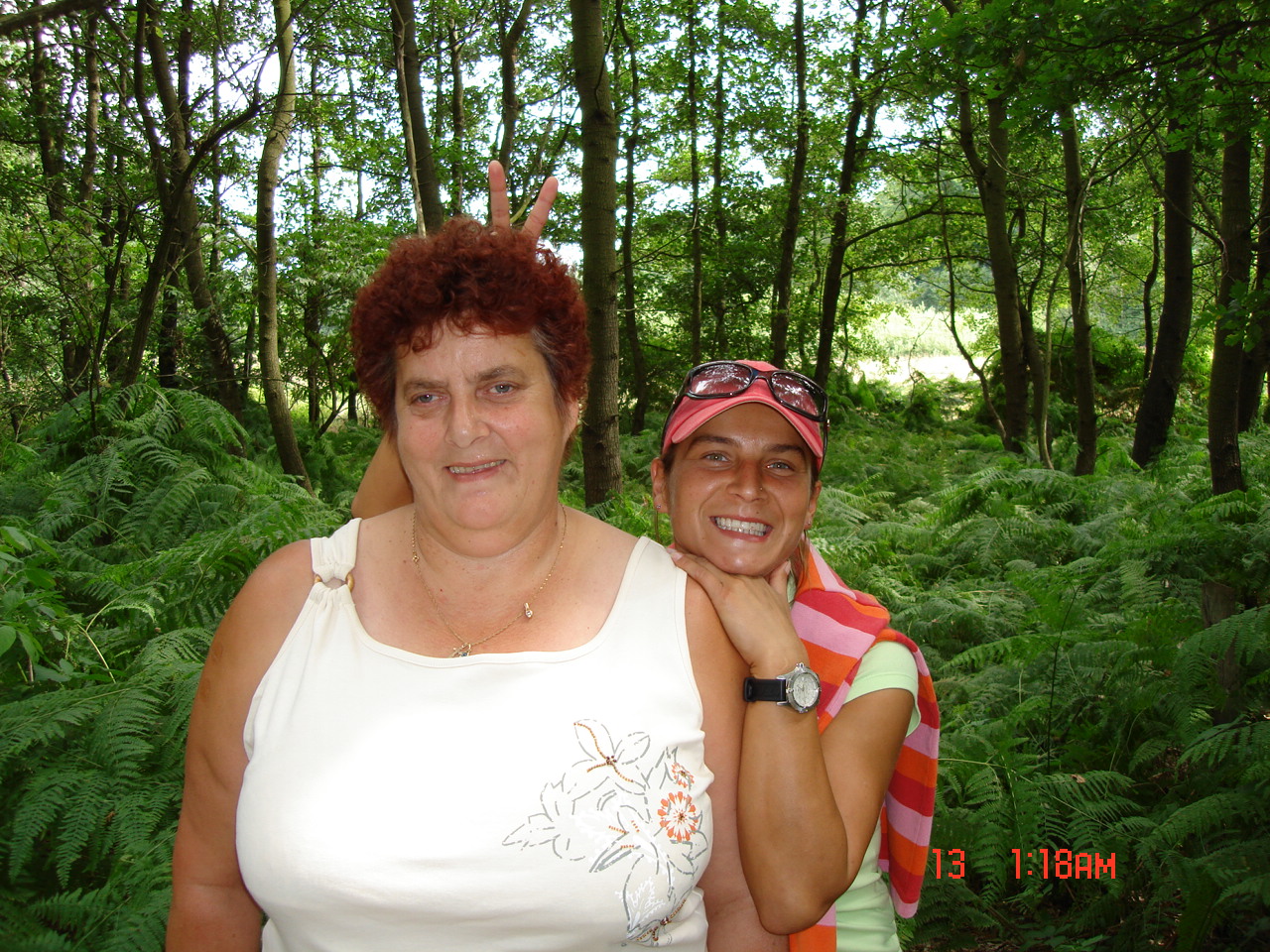 My better half to-be had the decency to explain her ground rules for a possible life together soon after we had first begun to take an interest in each other: she was responsible for looking after her mother, she told me, and nothing would be allowed to come between her and that responsibility for as long as her mother lived. Fortunately it transpired she was prepared to share the responsibility, so that is what we did for the remainder of my mother-in-law’s days. My own mother became my personal hero to the extent that her influence has remained with me long after her passing, so I didn’t just understand the situation but positively welcomed the opportunity to share the task.

The two of us entered into our pact from the heart and with a full appreciation of the gravity of our position. As players on life’s stage we have done our best to inject enthusiasm and vigour into the proceedings. We have shared our fair portion of trials and labours and we have managed never to let whatever outrageous fortune sends our way drive a wedge between us. The social world can be hostile enough without us creating new angst and division for ourselves. The fact that we originate from different countries only exacerbates things: xenophobic reservations and prejudice – casual and calculated – seem to be skulking in the shadows all too often. 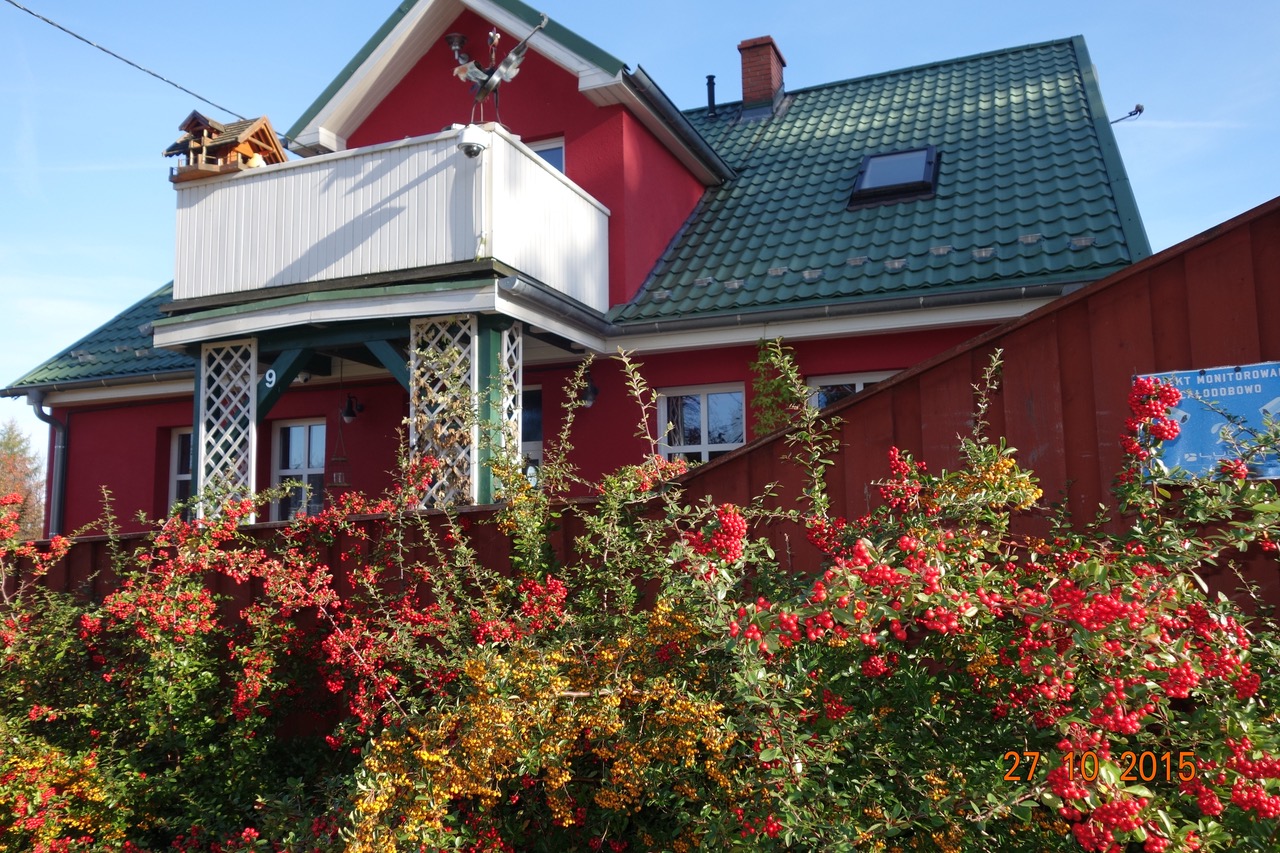 Taking a moment here to put a few pieces of the puzzle together and build a little picture of the last decade and a half, it astonishes me not just how the time has raced by but also how two people have effectively spent all of that time – 24/7/365 – together without pulling in opposite directions. I often think of life as a Bermuda Triangle, the third vertex of course being the water’s edge. We have never had time for a real holiday over all those years but then we have never had time to worry about it either.
When we are not in Hamburg we can usually be found in Poland, which, quite unexpectedly, has become a second home for me even though the language still eludes me. Having a linguistic genius at my side certainly reduces the pressure to learn: my wife can speak fast enough to maintain a conversation and translate for me at the same time and with her at my side I am able to enjoy life in Poland just as I do in Germany and share in the esteem and respect shown to her there. Our double act has established quite a presence in the community there and many people are now comfortable to contact us for advice or assistance even when we are in Hamburg. Just about everyone in the village and its environs knows how we play the game and knows that we have empathy and good will for all who treat us with the same respect we show them. And what of those who have no interest in mutual respect? We have no place in our life for them and have always been resolute in rebuffing their advances and reproaches and doing the necessary to elude their tangled webs.

It was a long time before I began to accept that some people really do see life as a one-way street with their own destination and desires the only things that matter. More recently we have consolidated this realisation together, in the process growing more reflective and more considered in our approach and less willing to draw quick conclusions, especially when new faces present themselves.

HALLOWEEN AND ALL SAINTS’ DAY 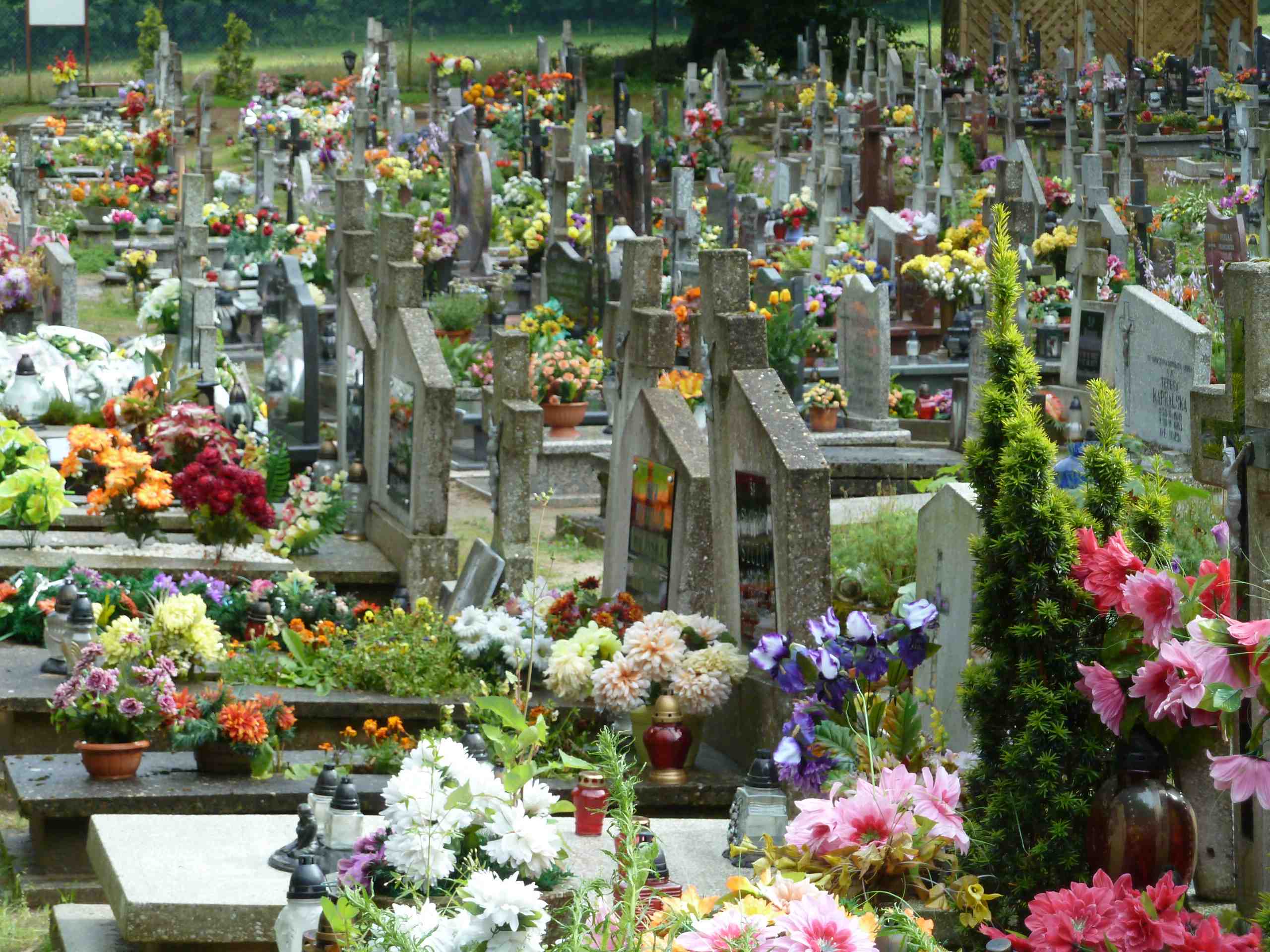 Isn’t it odd the way many people only really receive genuine respect after their death? Simply because they have stopped fighting or are no longer able to defend themselves? I find the solemn ceremonies of All Saints’ Day in Poland, which include leaving flowers and candles on family graves, difficult to reconcile with the endless internecine conflict in which family members were involved while alive, some of which I had the misfortune to witness. It has been astonishing to see how widespread these profound rifts within and between families are in the village setting. Sometimes the flowers left on this or that grave disappear or mysteriously migrate to another. Surely the battle does not continue into the cemetery? 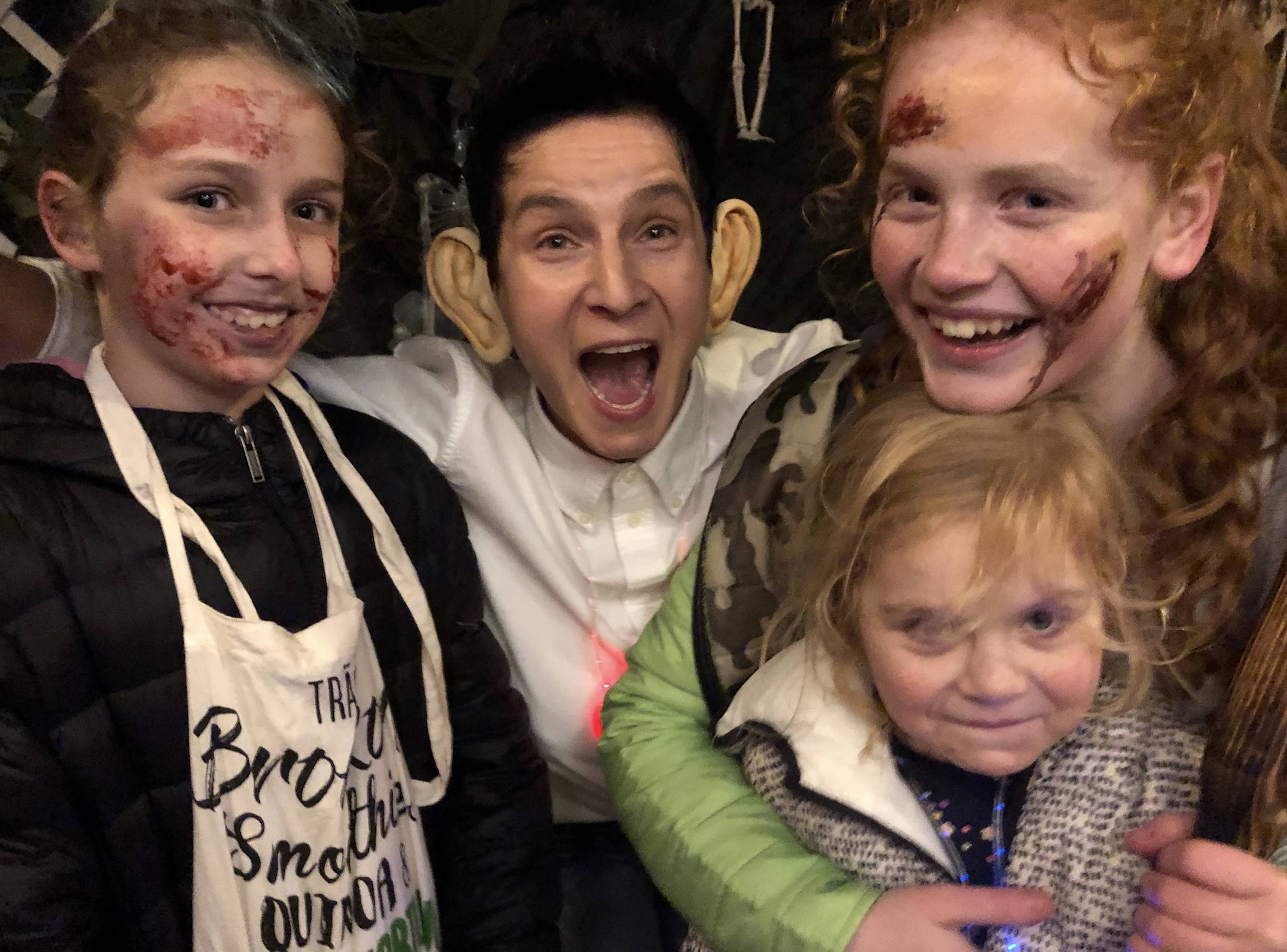 Human interaction at the village level throws into sharp relief the values that seem to dominate today. Social networks are laying waste to traditional neighbourhood structures and the first to flinch, to let slip a hint of weakness, is there and then the loser and must henceforth live with the consequences. On once querying an acquaintance’s apparent lack of opinion on a matter of some importance to us, we were told, “I can’t afford to share my views on something like that because I have to carry on living here.”

Halloween and All Saints’ Day give us a strong reminder every year of how village society works. Prescribed by the worthies of the church, the rites of the holy day are effectively mandatory for the whole community. Who would ever risk breaking from the herd in such public fashion? Halloween is a different matter: free to make our own rules, we decide how the day and evening are to go and our decision invariably puts fun first. Which, I have to admit, is not to everyone’s taste! 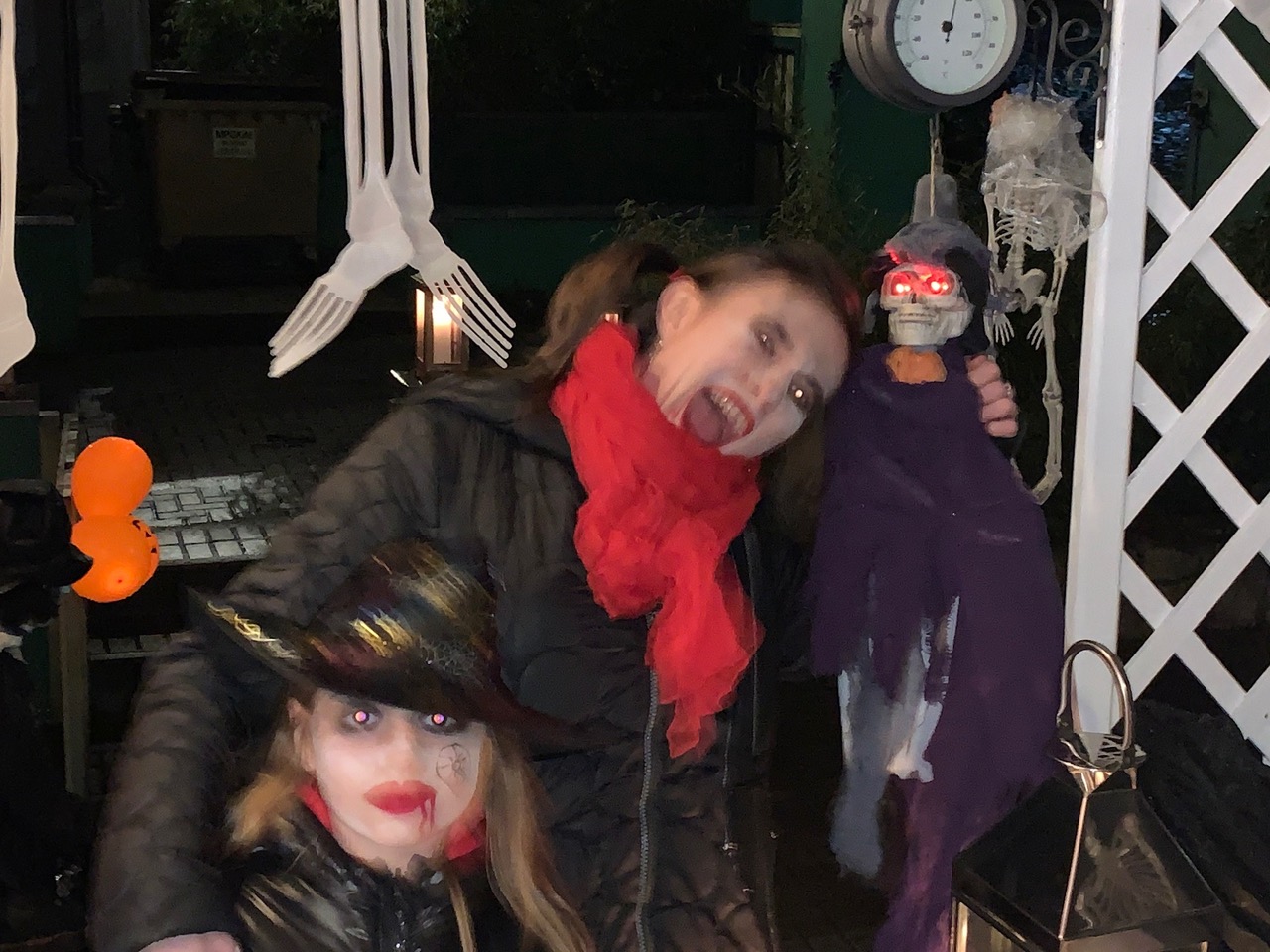 The event that has evolved over the years creates all kinds of excitement among the village children well in advance, probably because word has spread that we have a warm welcome and plenty of human kindness to share as well as sweets and pocket money. Costumes are crafted, face paint is applied and the horde is released upon us. Last Halloween we had whole baskets full of treats ready to distribute and all that was left after the last child had gone home was … well, there was nothing left at all. 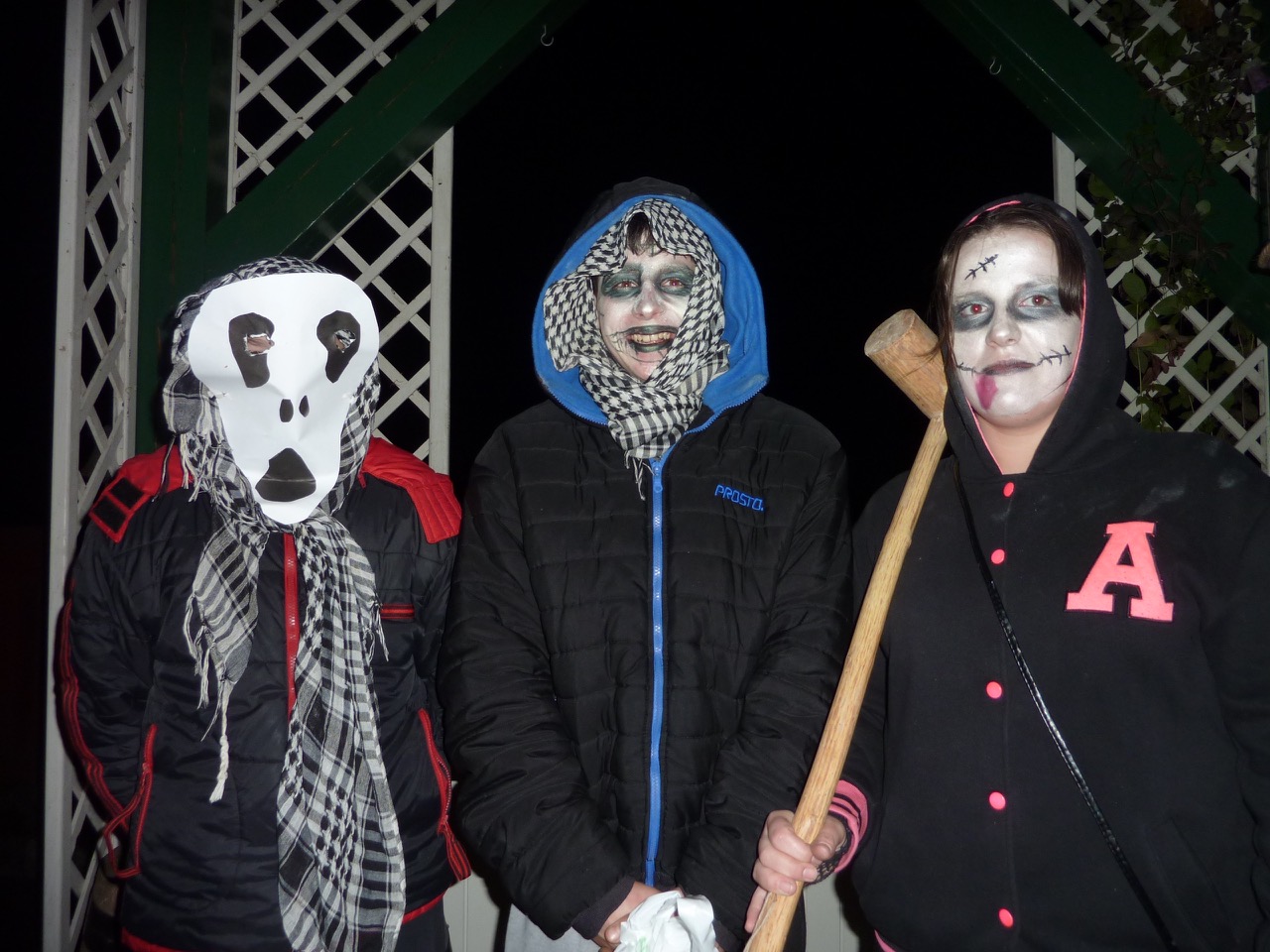 More and more often now we are seeing children who have not previously ventured to our door, presumably because the powers that be in their life have tried to keep them away. My wife recently had an eye-opening conversation with a neighbour’s son, Krzysztof, who is 14. It went something like this: “Hey Krzysztof, good to see you. Can I ask you why you never spoke to us before? You have been walking past our house for years without ever saying a word.” “Because I was young and stupid” came the blunt reply. Authenticity pure and simple. Our hearts skipped a beat!

Most interesting of all is the long Halloween night with lots of young people from the village and surrounding area who even phone us up in Germany in advance to make sure the party is on again this year. Always a special evening, it gives them an opportunity to talk with people who listen and to share their stories and problems. People who even go so far as to ask questions and pay careful attention to the answers. 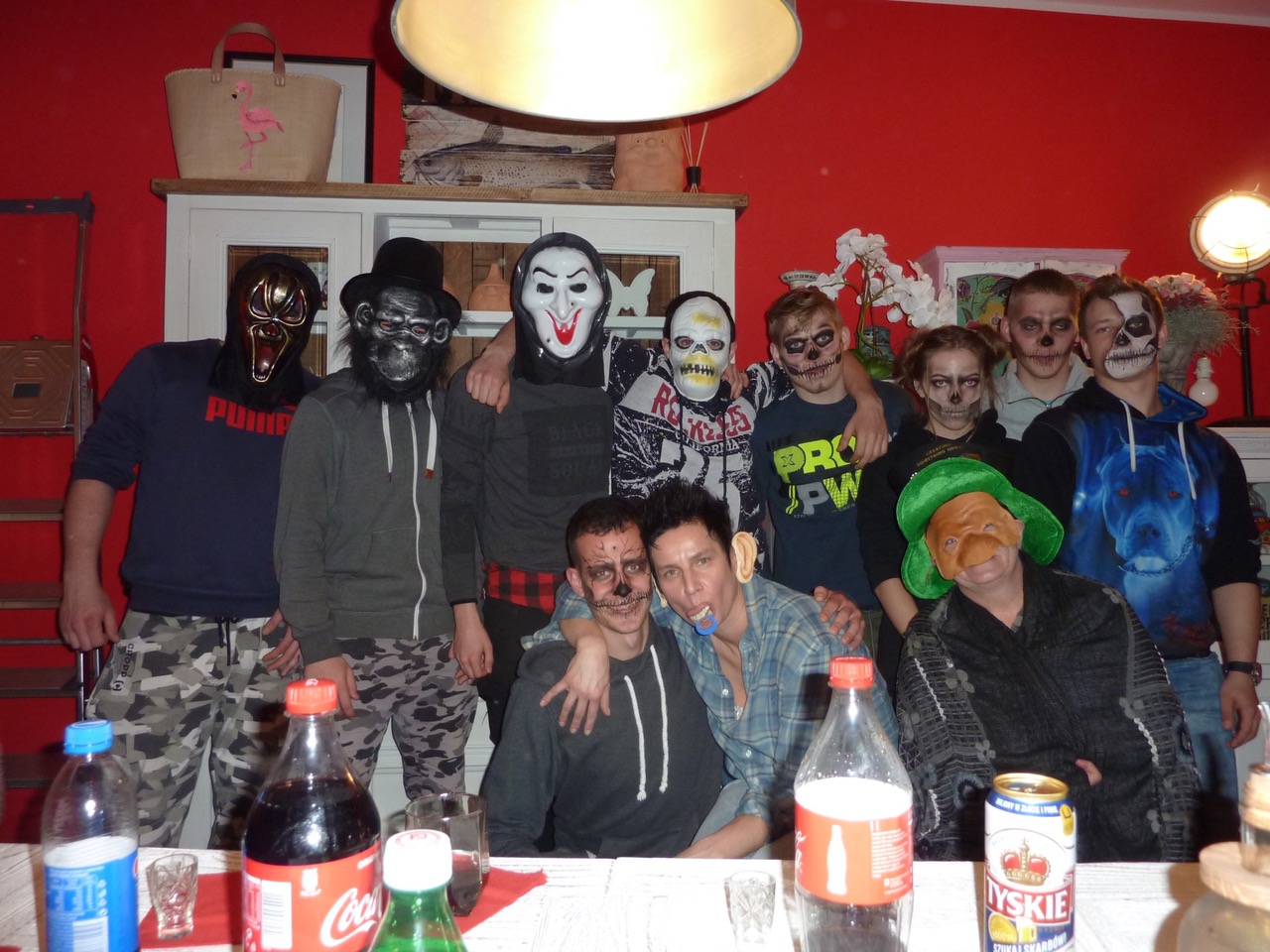 Young as they are, there is no missing their conscientiousness, their strength of spirit or the seriousness of the challenges they have chosen to take on. Some are regularly preoccupied with protecting their mother from the violence of a drunken father, others with keeping themselves and their peers out of the clutches of the prowling drug dealers. They stand by each other when it matters and they yearn to be the one who breaks free from the cycle. They are realistic too about the improbability of building a successful career in their sparsely populated region of Northern Poland. Some are perhaps already beginning to be discouraged by their prospects but that youthful impatience to get on with life still blazes fiercely in every face and very, very few have any more urgent priority than to find a way out, a way to build a future somewhere else no matter how difficult that may be (and they generally have no illusions in this respect). 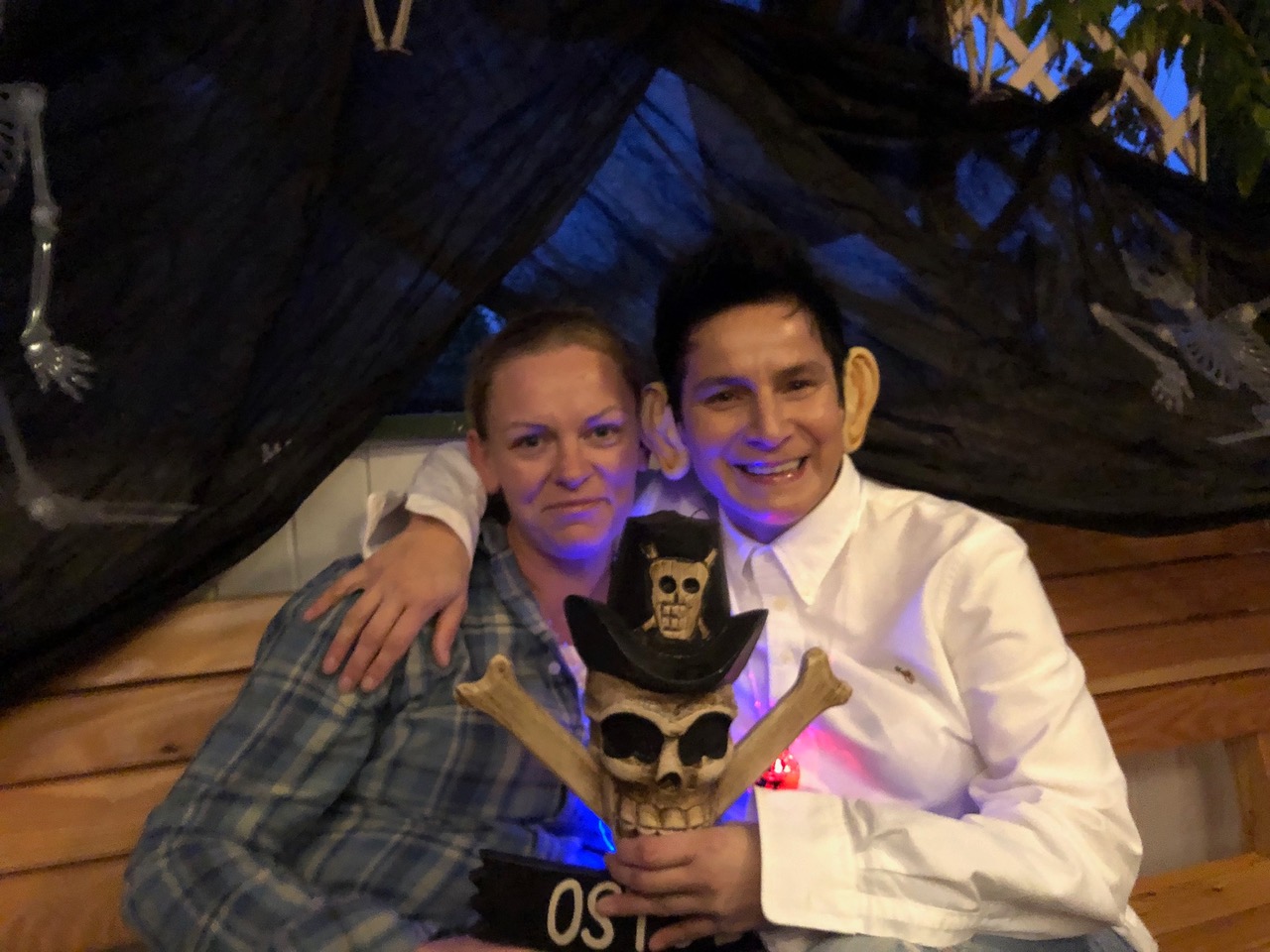 Some of the decisions that face our acquaintances in the village are heart-breaking to consider. We know three brothers who stand staunchly by each other whatever comes their way. One of them once felt compelled to buy one of his other brothers a better car (a real luxury model costing all of 250 euros) just to reduce his chances of ending up in a tree or a ditch every time he took to the road. 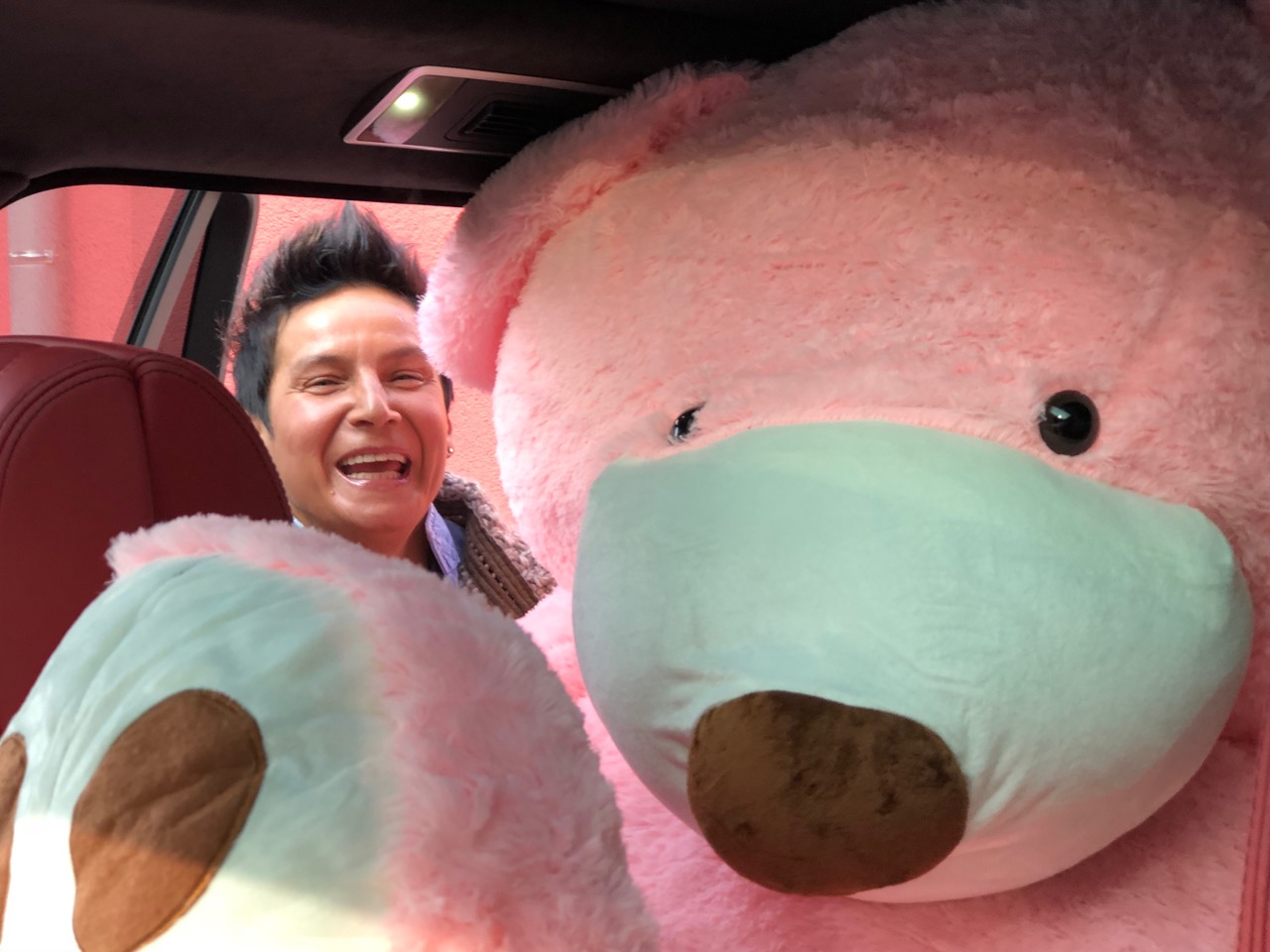 My wife was born this village. She grew up here and, being largely left to her own devices from a young age, was soon familiar with every last nook and cranny and every one of her fellow inhabitants. She subsequently moved away from the village in great sadness carrying little more than the clothes she was wearing and with little idea of her final destination. Life remained tough for a long time but she battled through. Returning with her to her roots as a quiet observer I could not fail to notice the warmth that remains for her in the village, the village she once felt compelled to leave, the village that now welcomes her as though she had never stopped belonging.
Although we only pitch our tent in Poland for a week or two at a time, we seem to have a permanent presence there through the role we play in various areas that matter to us. Our hearts belong to the young and the old and it is them we take every opportunity to help, providing support – even employment and work – whenever we can. Sadly we have also helped to bury a number of our village friends, all too often at an age well short of my own. It would be cold-hearted indeed to have had as much from the world as we have and not at least try to make a positive difference here.