THINGS THAT GO BUMP IN THE NIGHT

Knowledge, information, what the military likes to call “intelligence” – finding out us much as we can that’s relevant to our plans is usually one of the cornerstones of sound planning, but as sailors there are some facts and figures we prefer to overlook. The number of shipping containers lost at sea around the world, for example, runs into the thousands even according to the official data (which seems likely to underestimate the scale of the problem significantly).

Should we regard bluewater sailing as somewhat akin to roulette then, or do we think these random steel reefs probably sink to the depths quickly enough for us not to worry? Or is it possible that some of them settle just below the surface, lurking out of sight but well in range of keel and rudder until the product or packaging that prevents them sinking finally becomes waterlogged or breaks down? 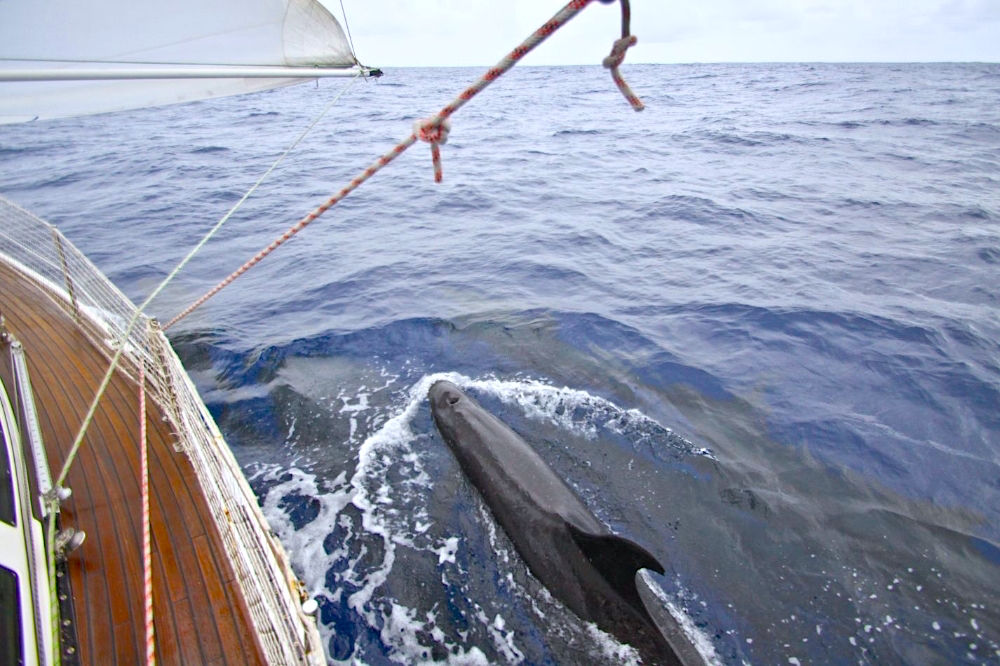 At the risk of leaving myself open to the charge of being a conservative old duffer opposed to any and all innovation in yacht design, I am going to stick my neck out here and draw a clear line between sailing as fun and sailing as serious business. 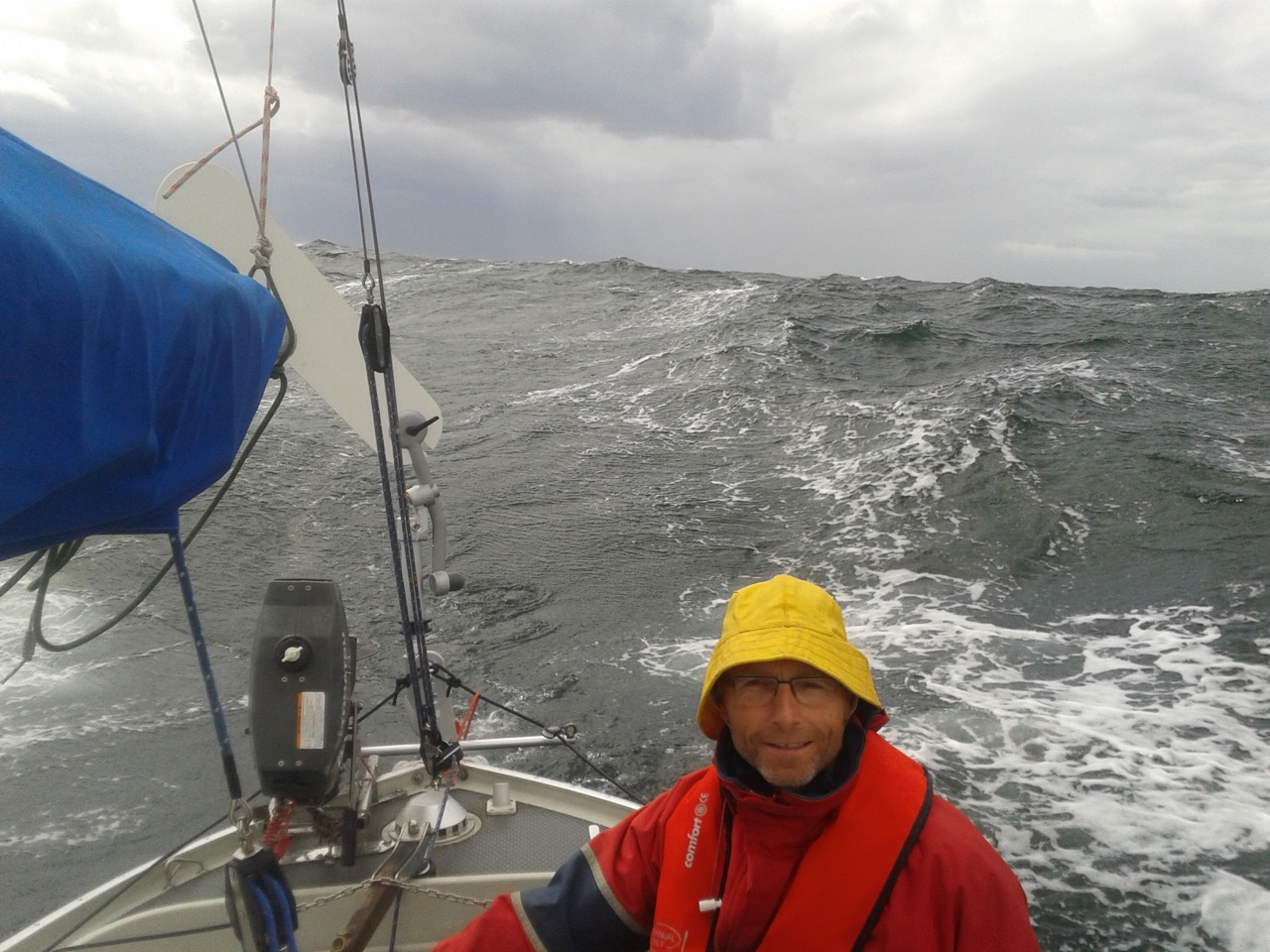 Part of the difference has its roots in the distinction between racing and cruising. Prioritising absolute speed and records over anything else because that is only way to persuade the CEOs of major sponsors to put their hand in their pocket and because the attention span of virtual race participants riding sofas around the world would embarrass a fruit fly (Pay attention for nearly two weeks? Forget it!) leads to decisions that would be difficult to rationalise in other circumstances and to situations like the one that unfolded off Hong Kong a few months ago. Approaching the coast in darkness and 20 kt of wind, the Vestas Racing team hit something. Not a semi-submerged container, it transpired, but a fishing boat – and one fisherman was killed in the accident. The event and everyone connected with it immediately went quiet, the legal department took over and the racing yacht was shipped to the next stopover port and repaired ready for the subsequent leg of the race. The show must go on; the sponsor has paid upfront after all. This is how it works today. 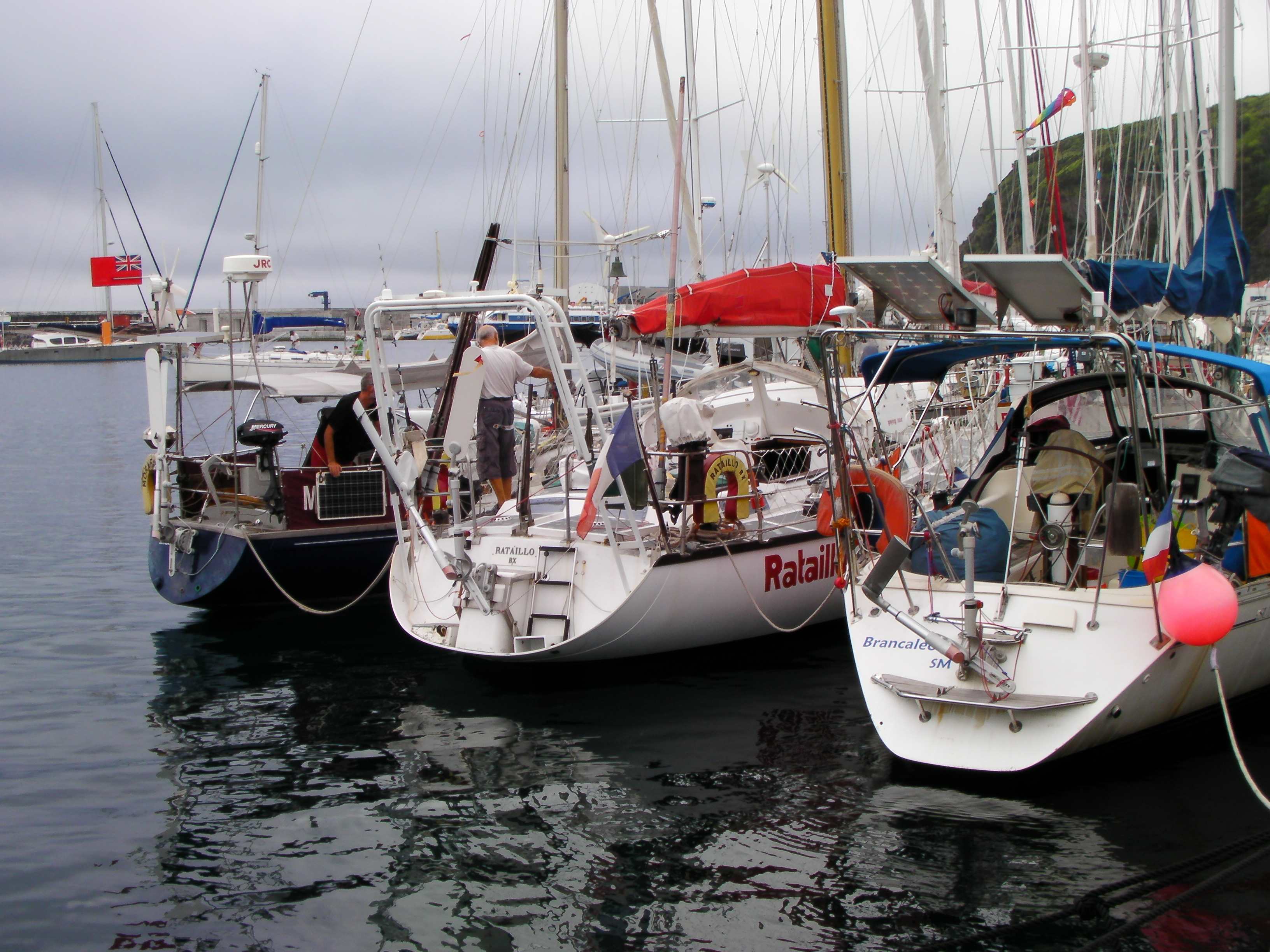 The situation in the world of cruising looks rather different, because boatbuilders design and cost their creations for optimal mass production and bluewater sailors with far-flung destinations in mind are inevitably not the main target market. 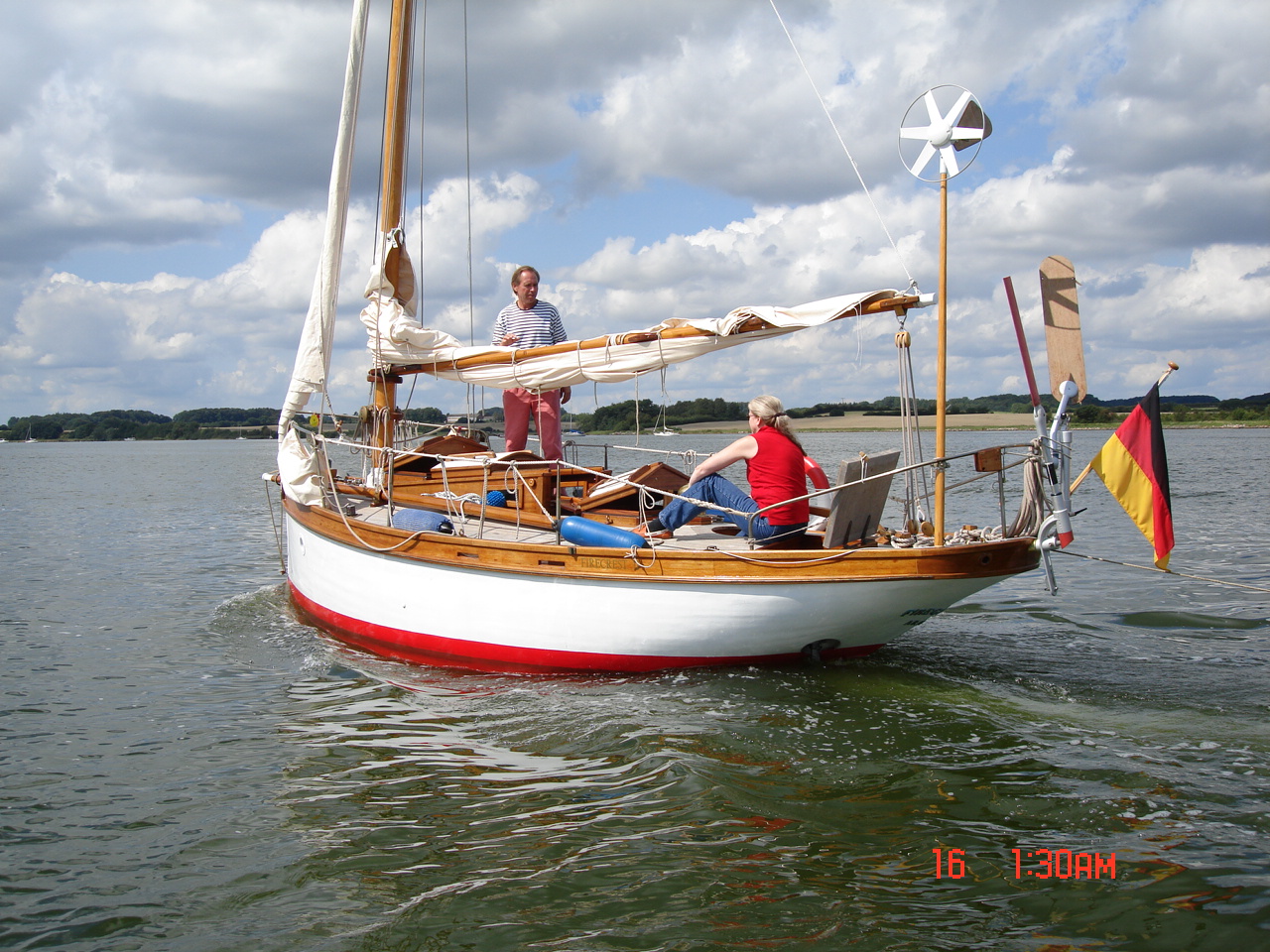 Unique selling points have to cover as many different potential user types as possible. Space, comfort and, most important of all, performance have to take priority, especially in light of the fact that the potential customer often has less enthusiastic associates to win over as well if the sale is to be completed. It all comes down to compromise, not surprisingly, but knowing when to compromise and when to stand firm can be difficult without good, honest, unembellished advice. 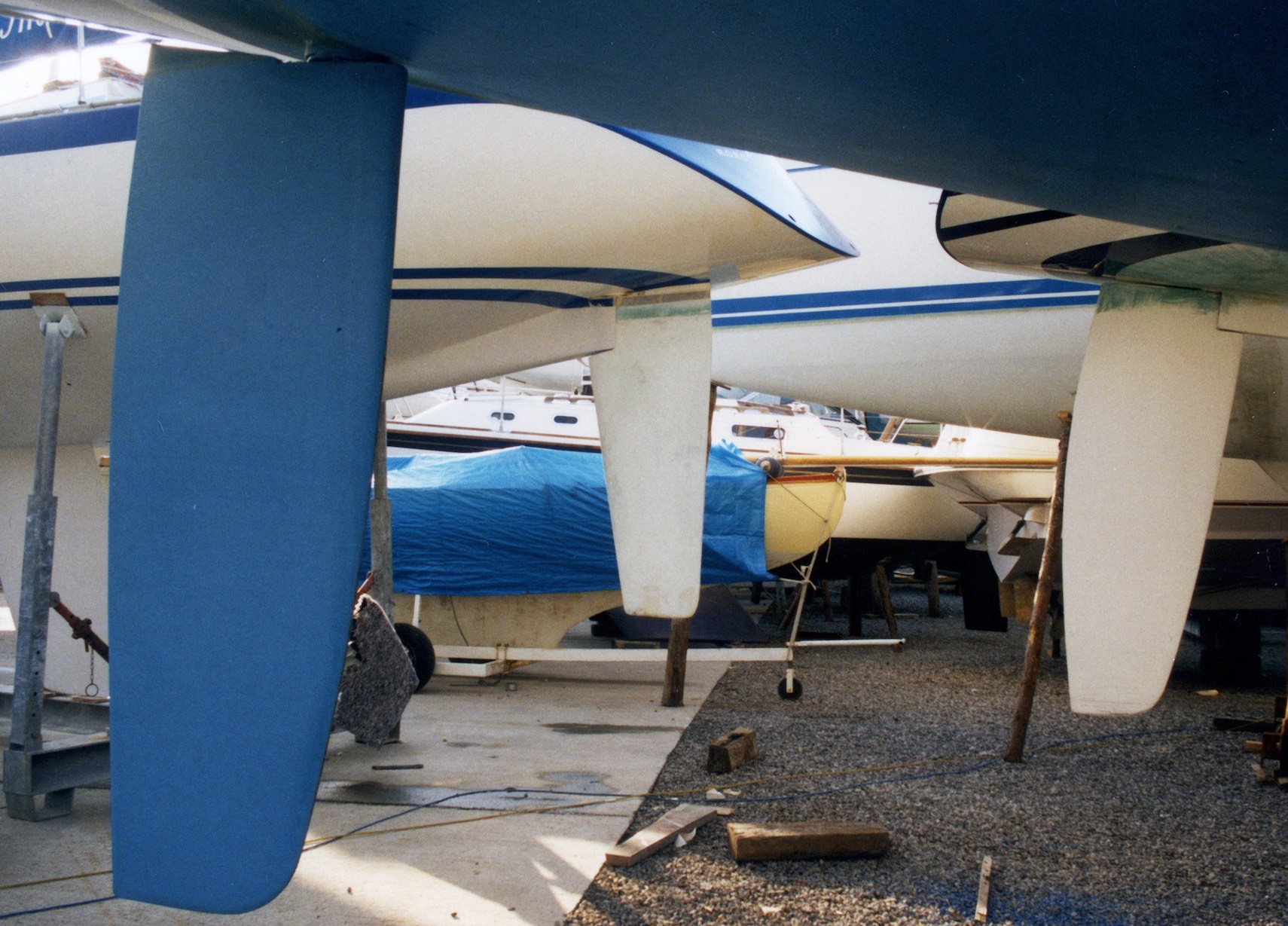 It troubles me that the “modern” designs dominating today’s boat shows and thronging our marinas (“performance cruisers”, the marketeers like to call them) are being recommended to – and used by – sailors with long-distance ambitions. What about the keels that fall off, the rudders that fail, the boats that simply disappear and the entire fleets that end up flat-packed on some otherwise peaceful shore after hurricane season? Natural selection? Economic stimulus programme funded by the insurance industry? Sailing as a game of chance? It all depends on one’s point of view. Or should that be the firmness of the ground beneath one’s feet? 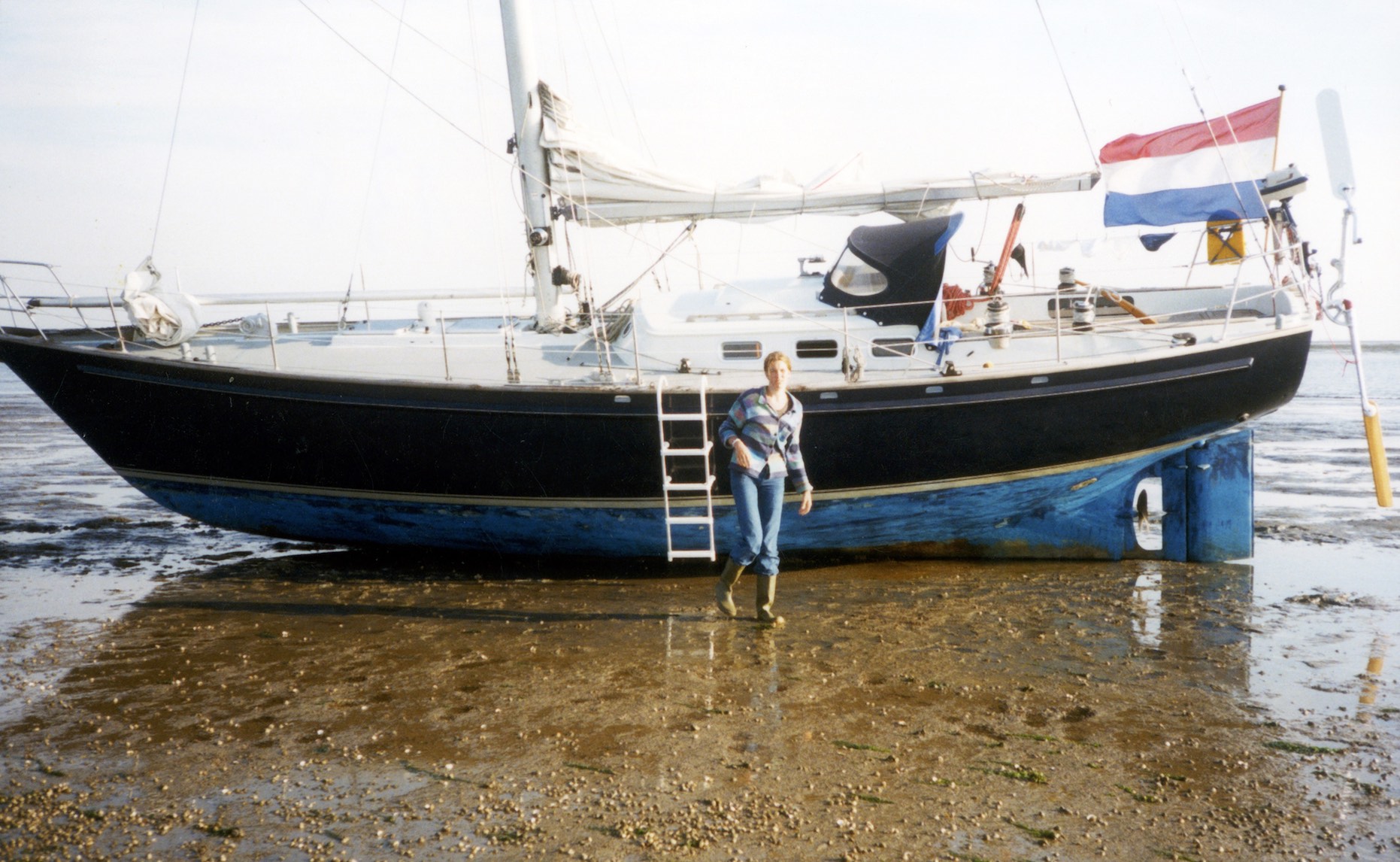 MURPHY LEGISLATES
The KISS principle can always be relied on because everyone knows the complicated things always go belly up first. It makes plain good sense to find the right comprises between (relative) sophistication/luxury and reliable simplicity – compromises that sit well with everyone involved (should anyone else be interested) and not just the prime mover. 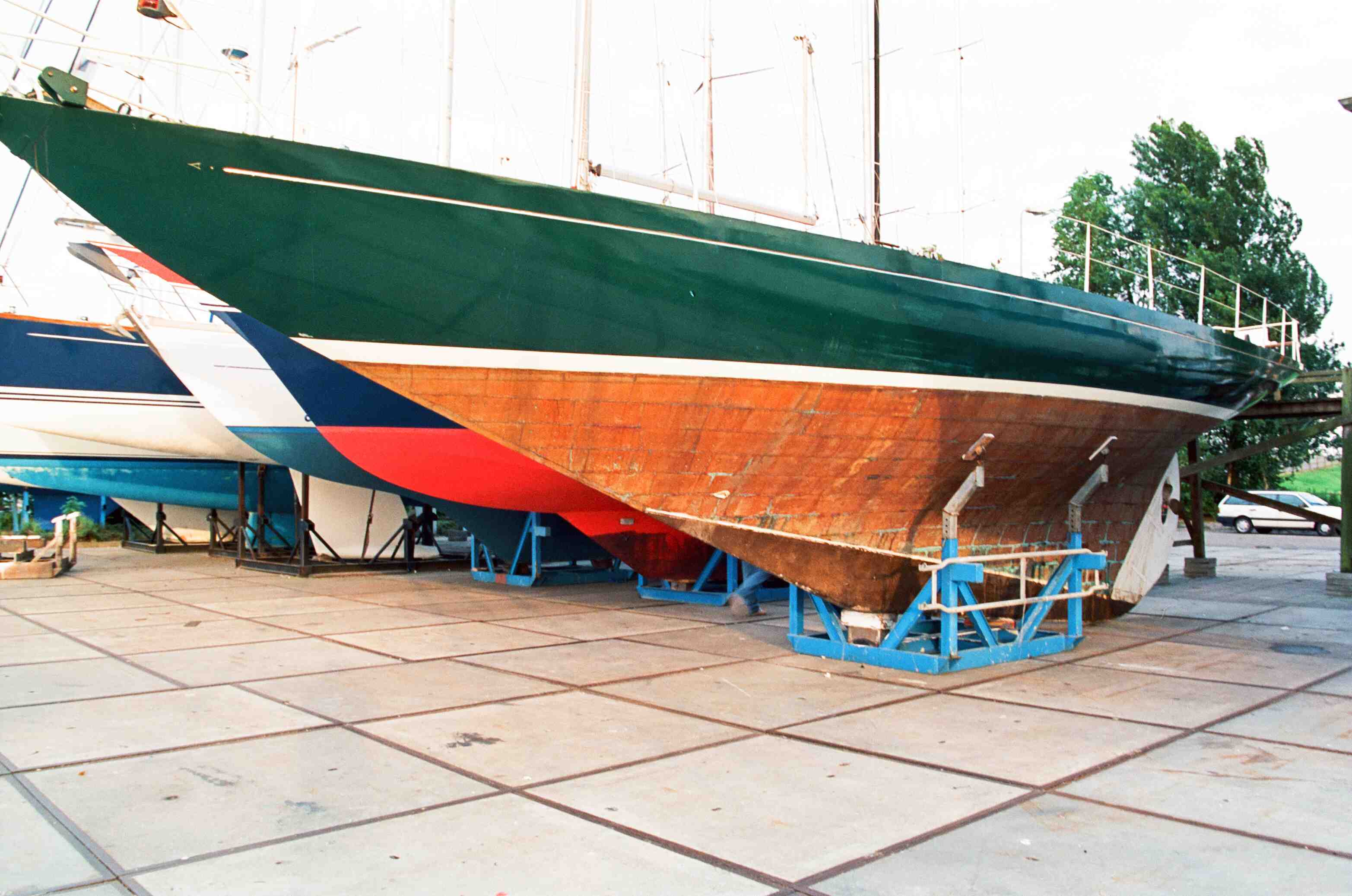 Take speed, for example: a faster boat might get you there 24 hours earlier, but what if the price to be paid for those 24 hours is a bumpier ride at sea, more noise down below and consequently a sleep deficit to make up once in harbour? Would the need for a night or two’s undisturbed sleep in a hotel at the end change the balance at all? 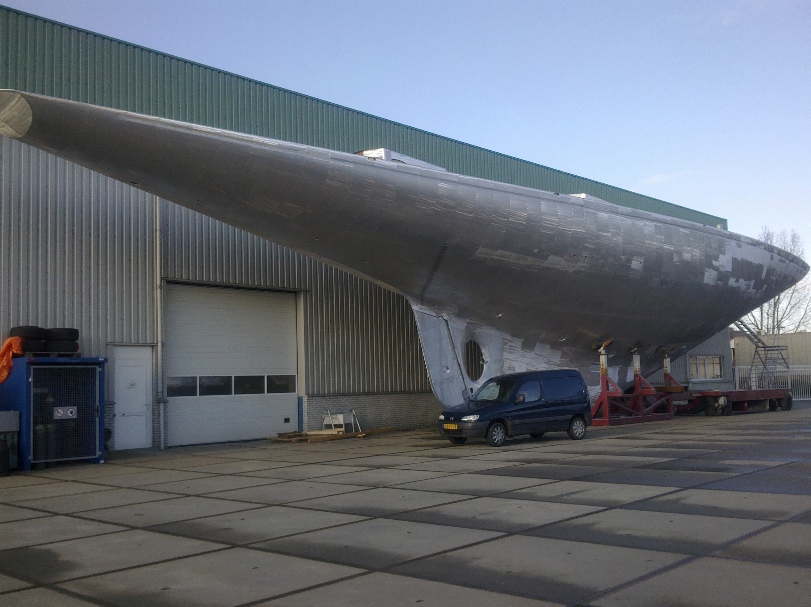 I am convinced that people make better decisions if compromises are acknowledged and described as such from the outset (which is why I’m writing this). I understand that tackling everything head on in this way doesn’t suit everyone, but a compromise is a compromise whether we admit it or not, so if these words are relevant to you, I invite you to read on… 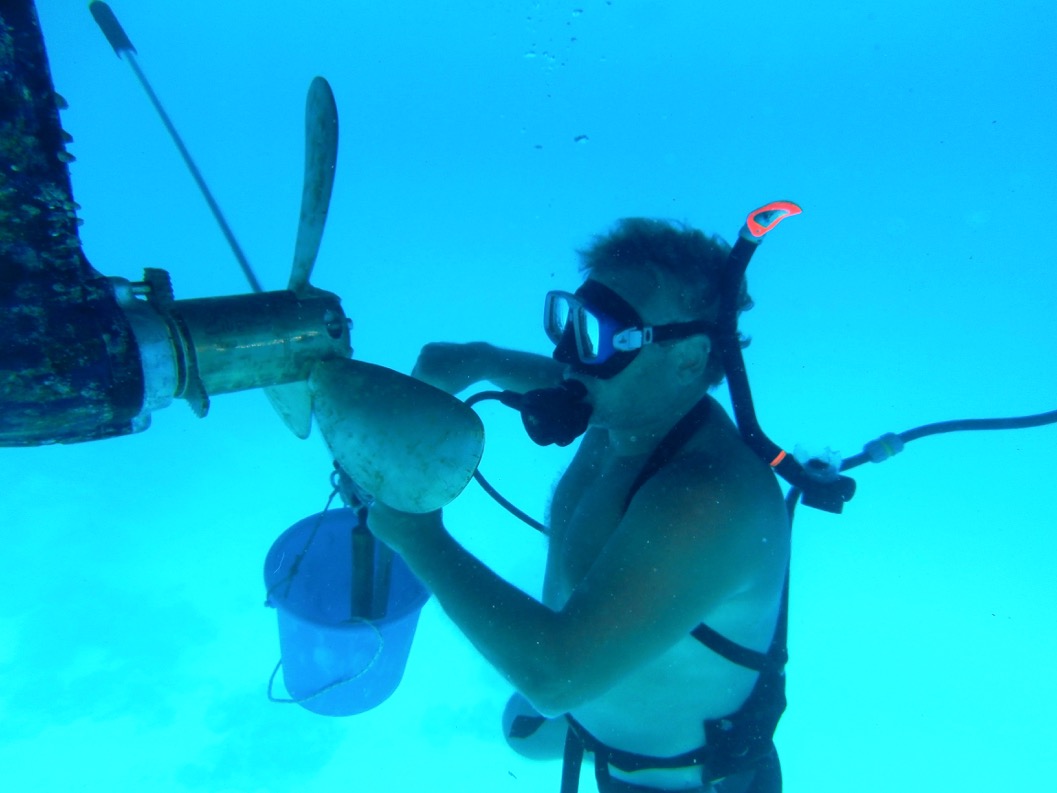 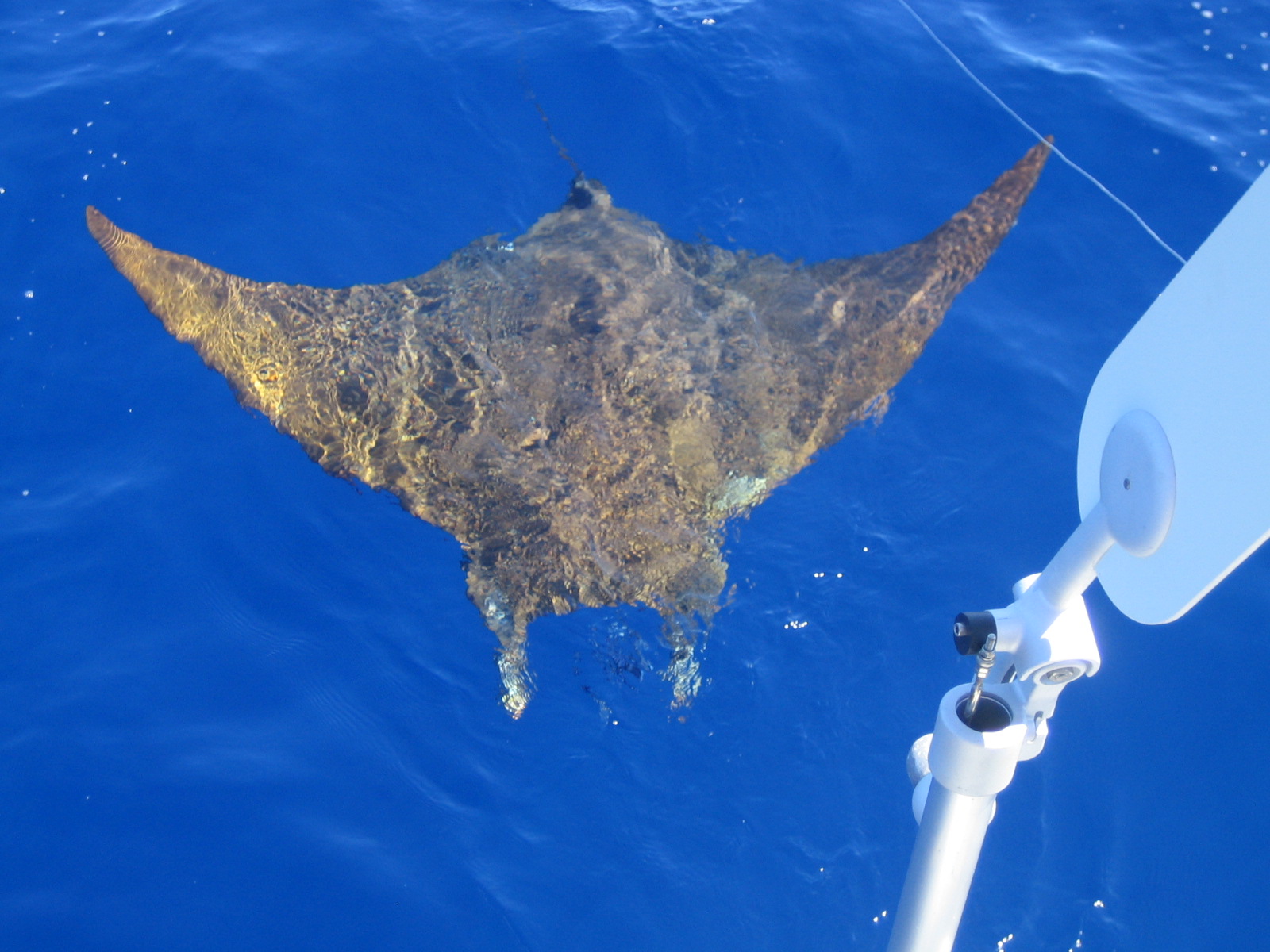 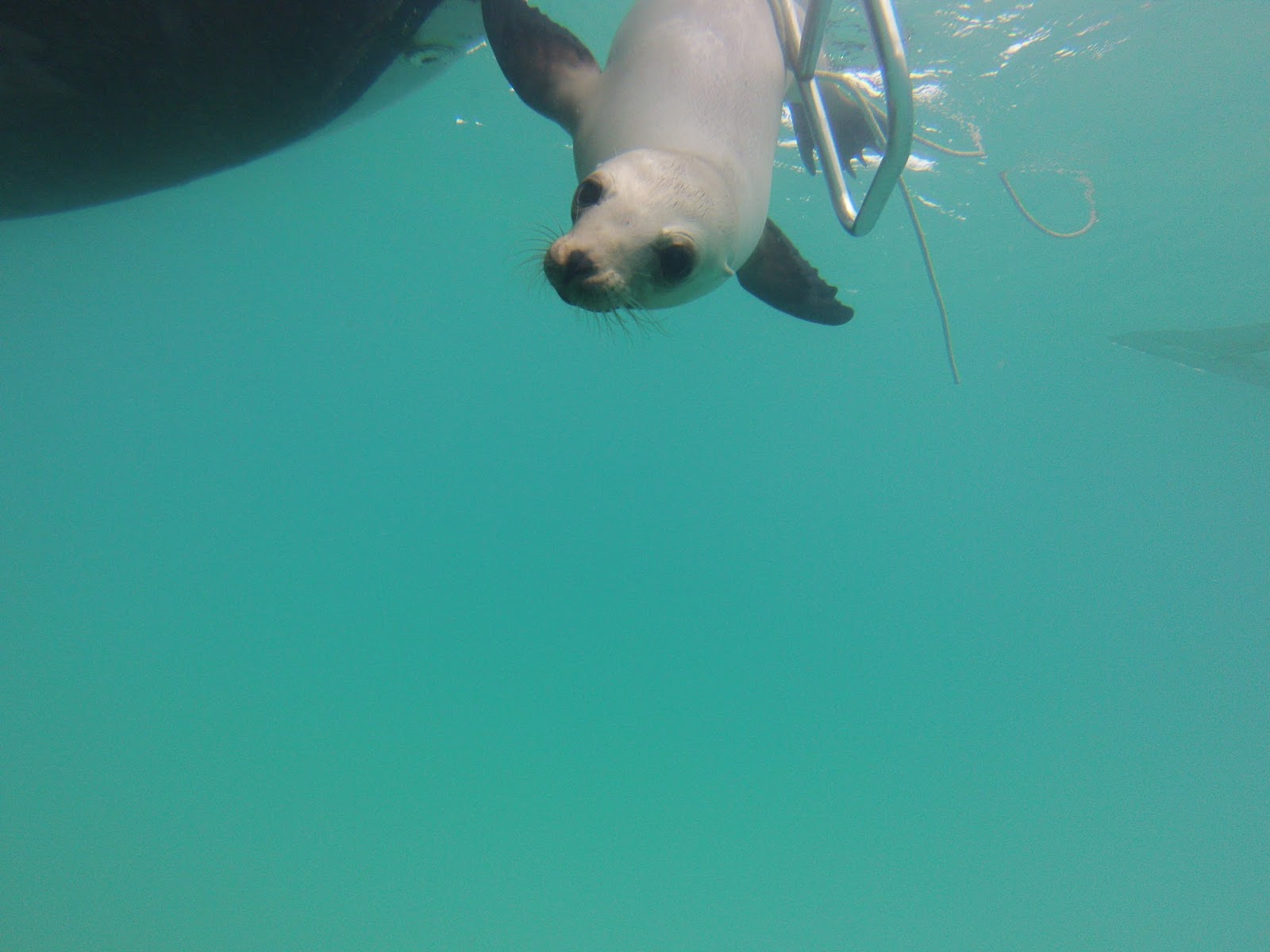 SOFT IMPACTS
The sea abounds with objects that would like nothing better than to envelope a nice saildrive, snuggle in between skeg and rudder or wrap themselves around a water generator or submerged parts of a windvane steering system. Plastic bags, fishing nets and old ropes are not the only culprits either. Even seagrass can make its presence felt, especially when encountered in large quantities. 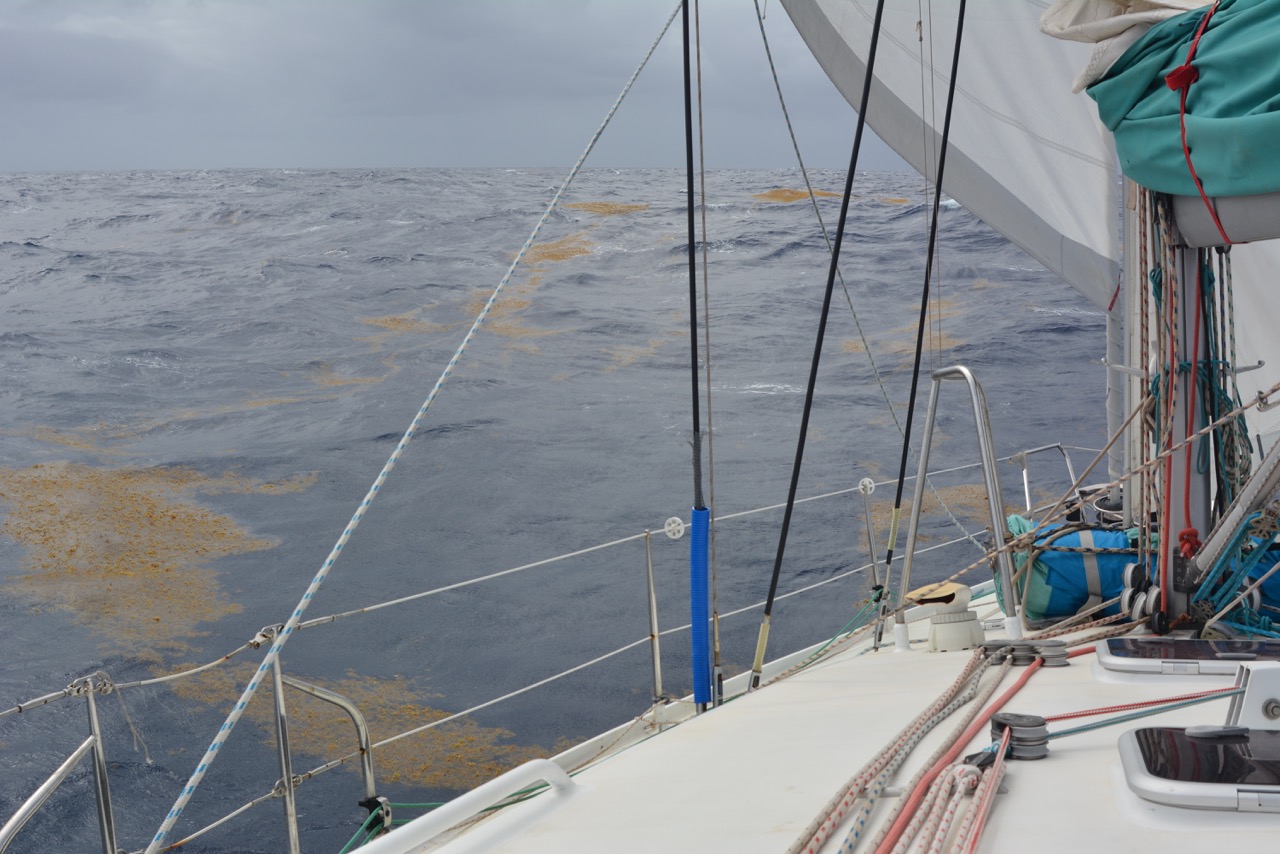 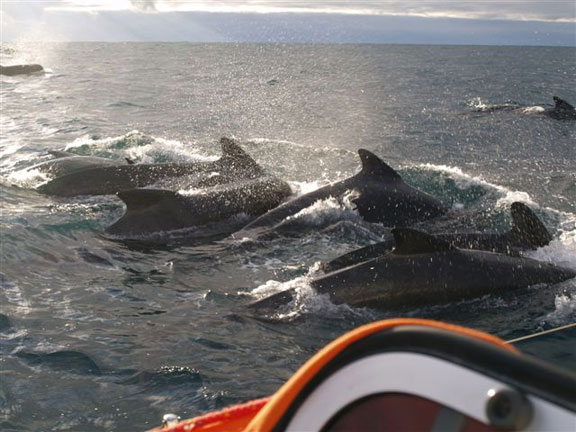 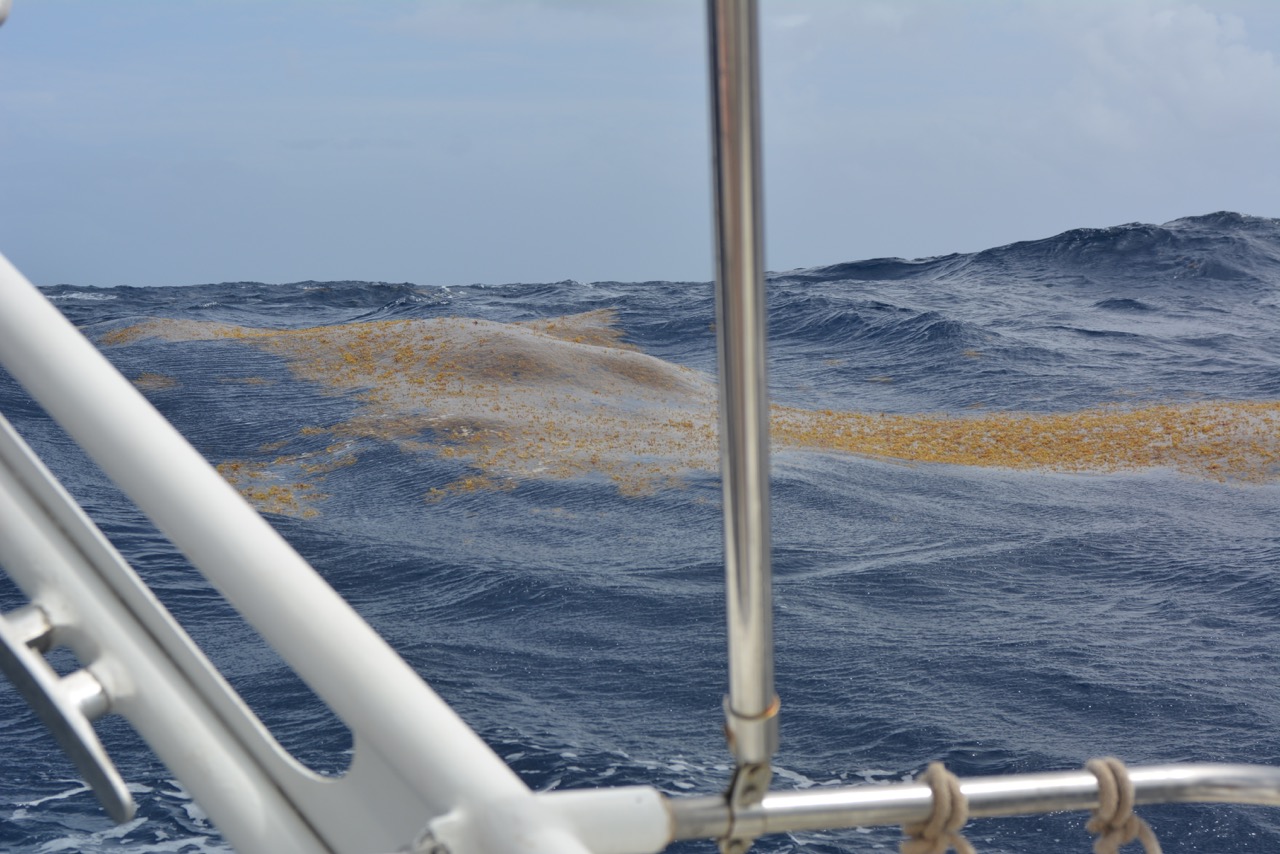 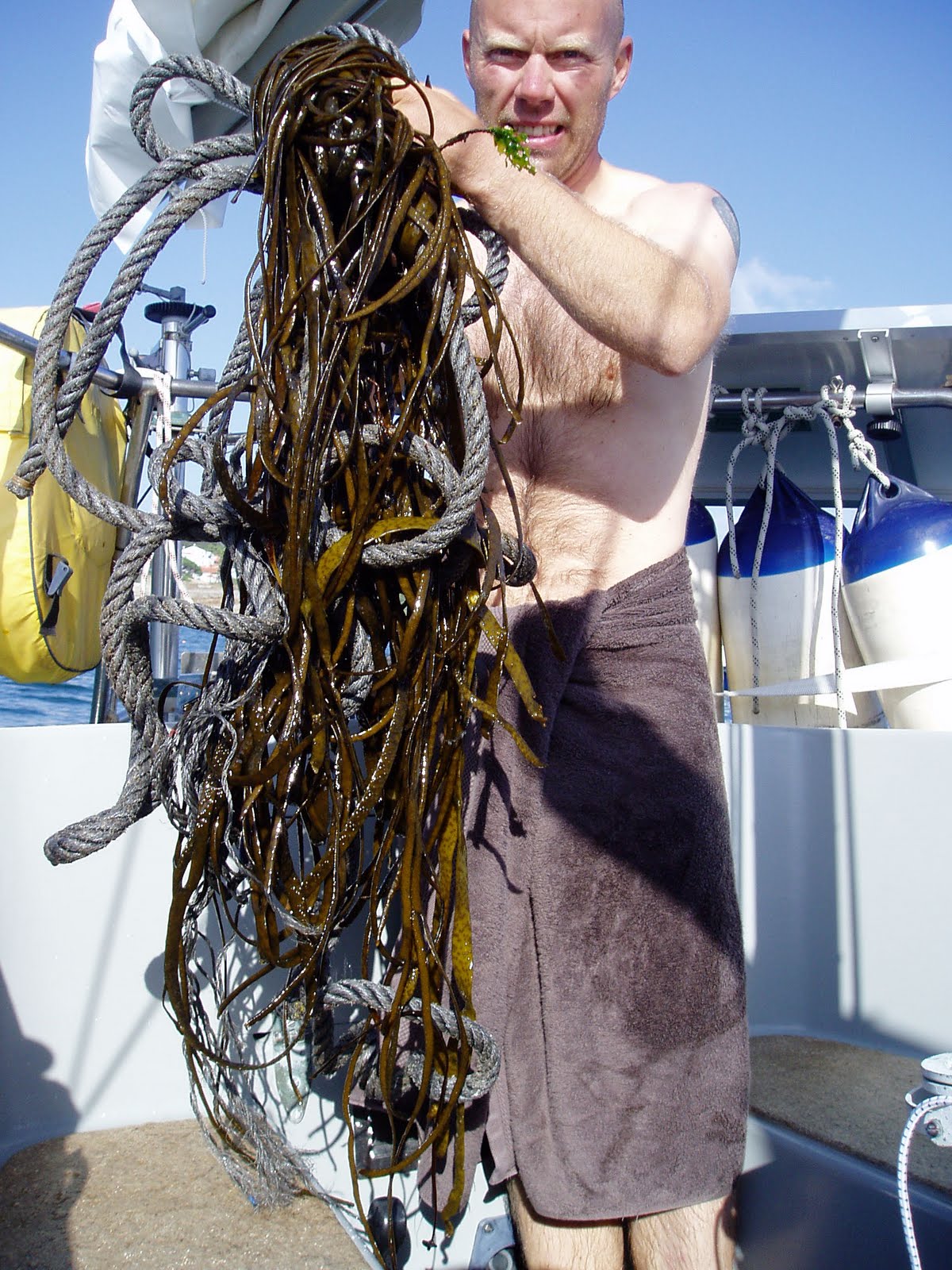 These soft impacts are a particular problem for boats heading West on the bluewater route from the Canaries or Cape Verde because this course leads through the Sargasso See, which is renowned for extensive accumulations of seagrass capable of slowing a yacht very significantly. 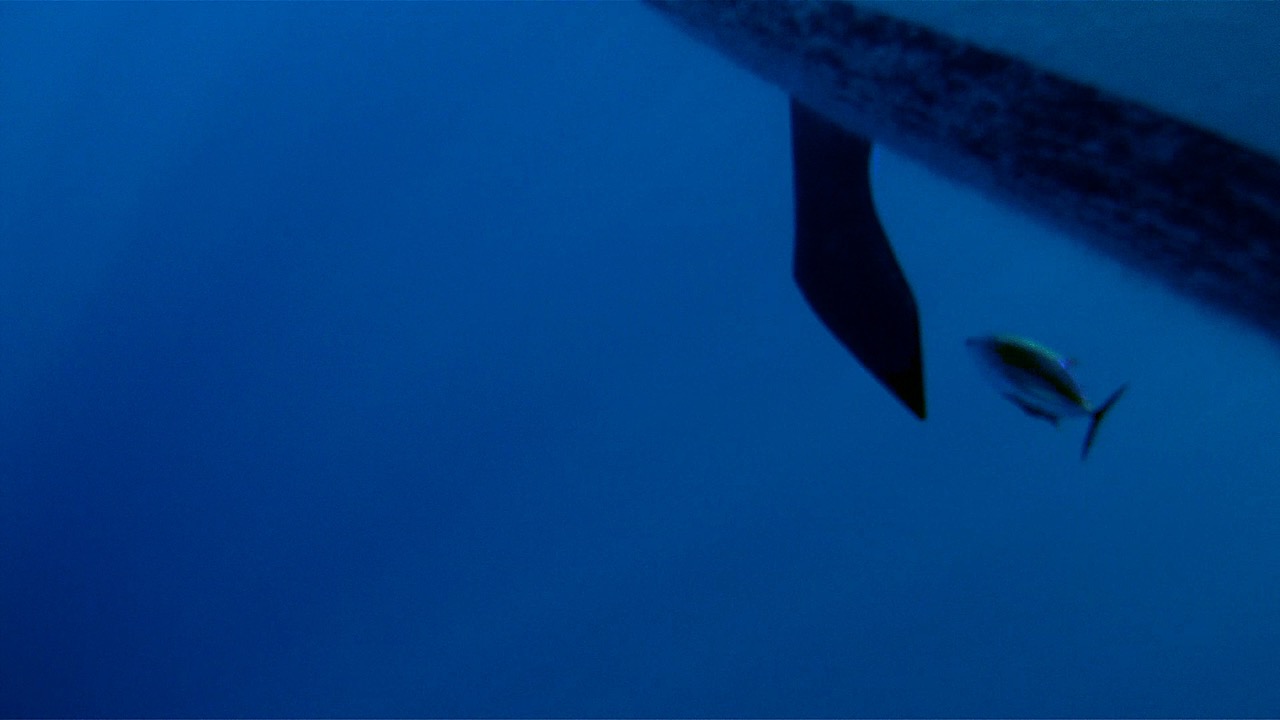 How heart-warming it is to think that when a long-keeler meets a mystery something in the water, it just pushes it down deeper below the surface, more or less gently, until the boat has passed and the grass, if grass it was, can gently rise back to the surface and the sunlight and get back to growing again? Without catching on any appendages?

Long-keelers are what might be called self-cleaning in this respect, whereas modern designs tend to snag anything in the sea that can be snagged. And the crew of a boat with a balanced rudder has no real way to tell how much seagrass they have already gathered on the rudder because it is hidden away under the hull.

WINDVANE STEERING SYSTEMS
The pendulum rudder on a servo-pendulum system is potentially vulnerable to impacts soft or otherwise – even a large mat of seagrass – if its mounting does not allow it to swing up when overloaded. A fouled pendulum rudder can experience considerable drag, which will reduce self-steering performance significantly and could even lead to failure. Interestingly, the sight of thick clumps of seagrass trailing from their self-steering system is often the first indication the crew has of this particular hazard (and, one would hope, gives them cause to stop and consider the situation of the main rudder or saildrive). ENGINE COOLING WATER
Finally, I ought to mention that plastic bags of all kinds – and jellyfish as well for that matter – can potentially block the intake for engine cooling water. When motoring at low speed, for example when hunting for a berth, a weak suction effect can cause objects like this to cover the intake port so that no water can enter, which can quickly lead to overheating. The solution is to stop and restart the engine and then proceed at speed. The sailor’s life is full of exciting moments. Being prepared for them makes it possible to avoid at least some of the negative consequences for boat and crew.
Forewarned is forearmed…
Peter Foerthmann