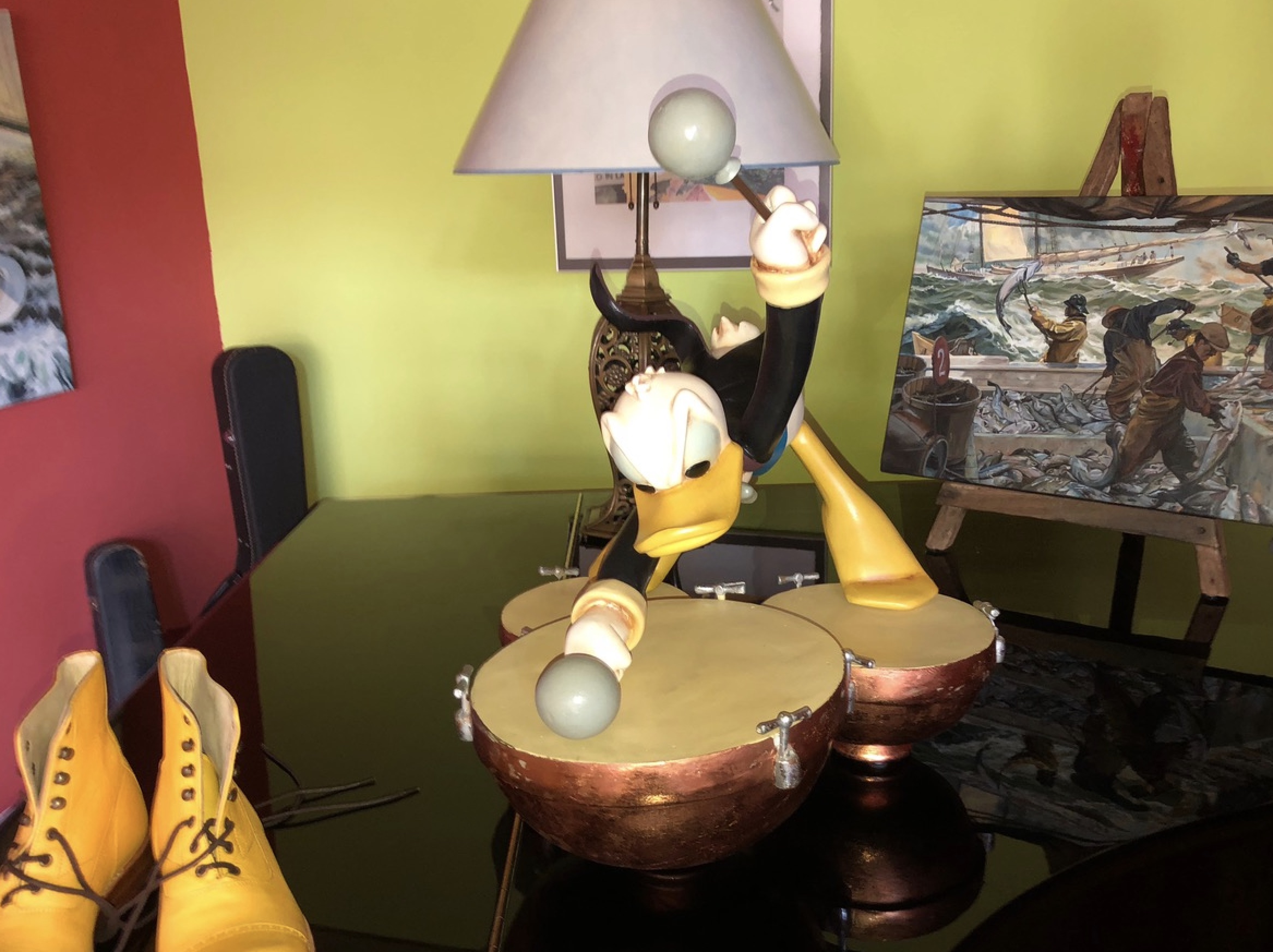 Everyone seems to be talking about sustainability, environmental impact, recycling, reusability, being sparing in our use of precious natural resources and so on. Never has there been so much interest in life spans and life cycles. 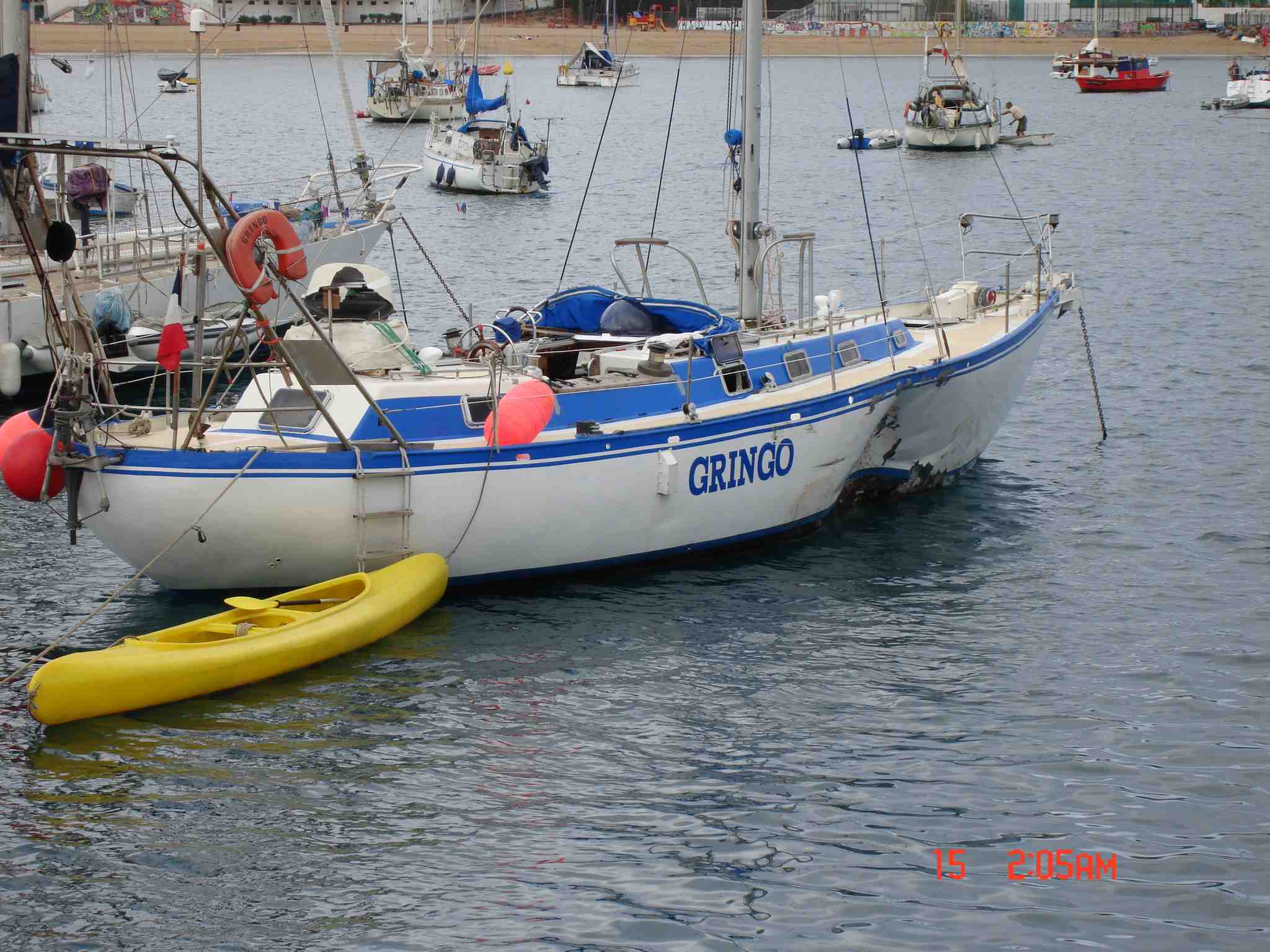 My guilty conscience compels me to loose a couple of apologetic comments before I go any further. Being 72 years old, I am sorry to say that I have already seen quite a number of friends and acquaintances shuffle off this mortal coil. Although collisions of various sorts (other boats, pontoons, harbour walls, pilings etc.) have certainly taken some previously capable units off the active service list for good, the demise of a Windpilot system is a much rarer occurrence. Treat it to a wash and blow dry every so often to stop the salt building up too much and your silent steer-o-matic should carry on ploughing its watery furrow more or less forever. Actually, you don’t even need to be on board – it just keeps going on its own. No idea how it works, but still… Instructions are provided for those who can read and the rest do it by feel – and both options seem to work very well! 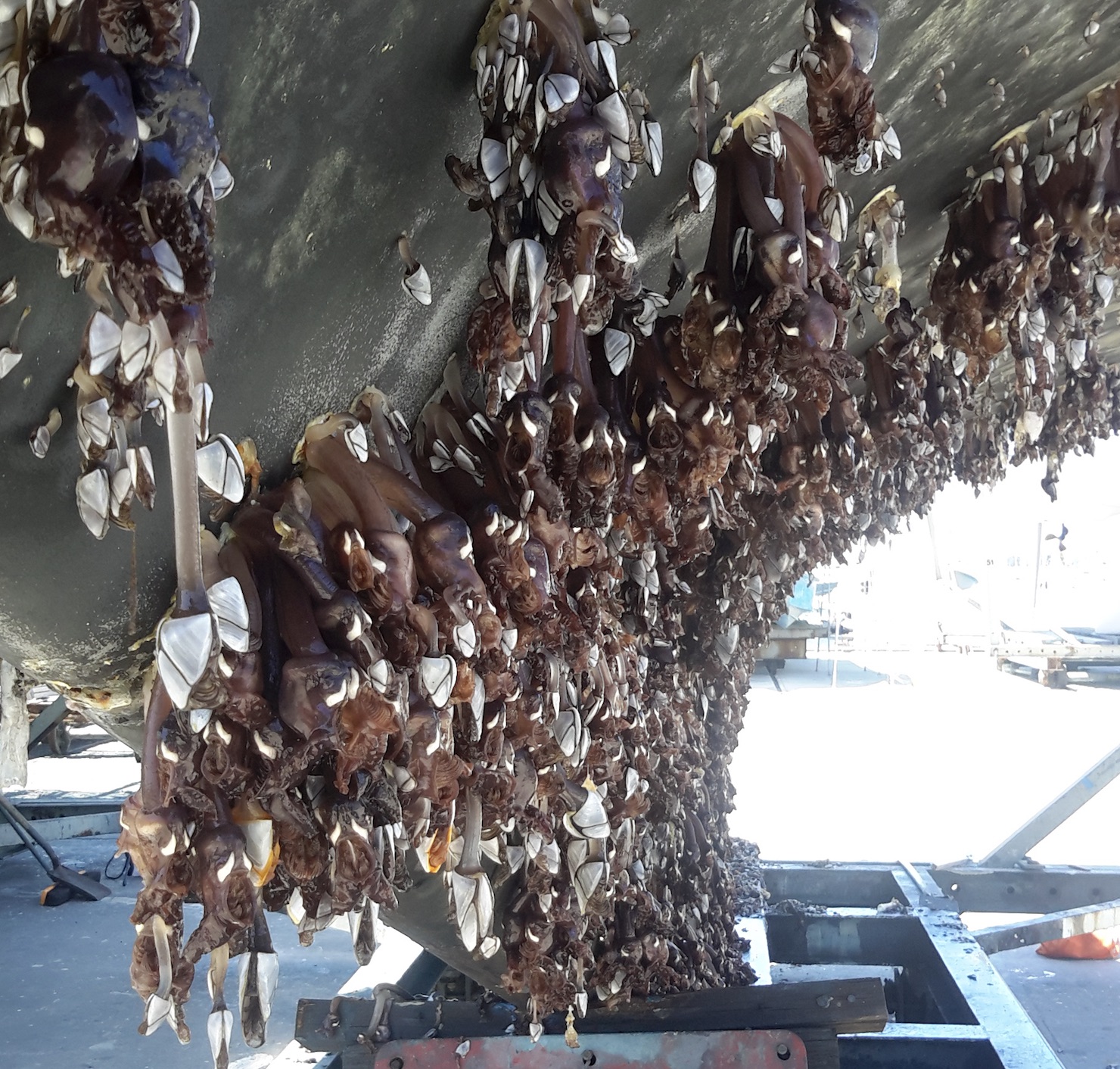 I installed Tapio’s windvane personally in Les Sables before the start of the Golden Globe Race and again attended in person 350 days later in Rendsburg to remove it. Personal service, naturally. The system did its job and the skipper enjoyed his year reading, eating and discussing the big issues of the day with the sea life. He even had some mussels join him for the ride (although their enjoyment was probably dampened somewhat when they eventually found themselves on the menu). What could be greener than that? The assessment from the workshop makes encouraging reading too. So rare are repeat sales that we have ended up effectively building for eternity. Windpilot owners know very well that when the time comes to sell the old boat, the windvane can just sit in the garage or basement until the new boat arrives. Used Windpilots do sometimes crop up on the second-hand market though when an owner hangs up the seaboots for good. I have seen 25-year-old systems listed for not far short of the new price … and I have seen that price paid too! The lack of repeat business is a problem (from the commercial rather than the environmental standpoint) that has no solution, so we just have to accept it and redouble our efforts until we have done enough. When is enough enough? It’s never enough! Too much has happened in my life, too much of it involving the bank. That’s my fate I suppose – although it might be rather unfair to blame fate for what I quite clearly brought upon myself. 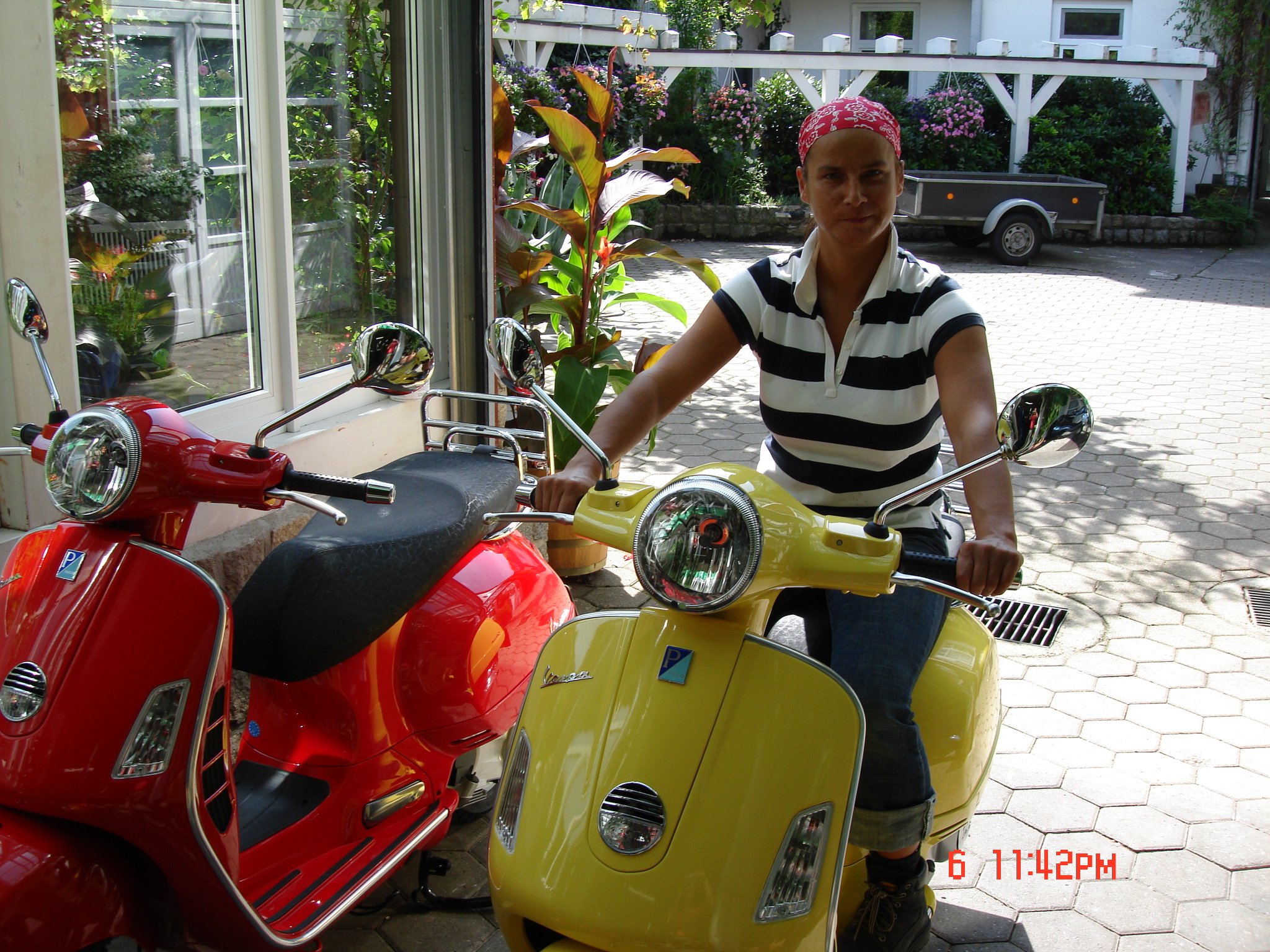 We use scooters and small cars to get around, on home ground at least. Out in the wider world it’s just too dangerous with the usual state of traffic. Venturing out onto the public highway hereabouts requires nerves of steel, something my captivating co-pilot doesn’t have (despite holding a full driving license) thanks to traumatic childhood experiences in her parents’ Fiat 500 back in Poland, where the wheels were apparently either stationary or burning rubber and the rows were always turned up to eleven. 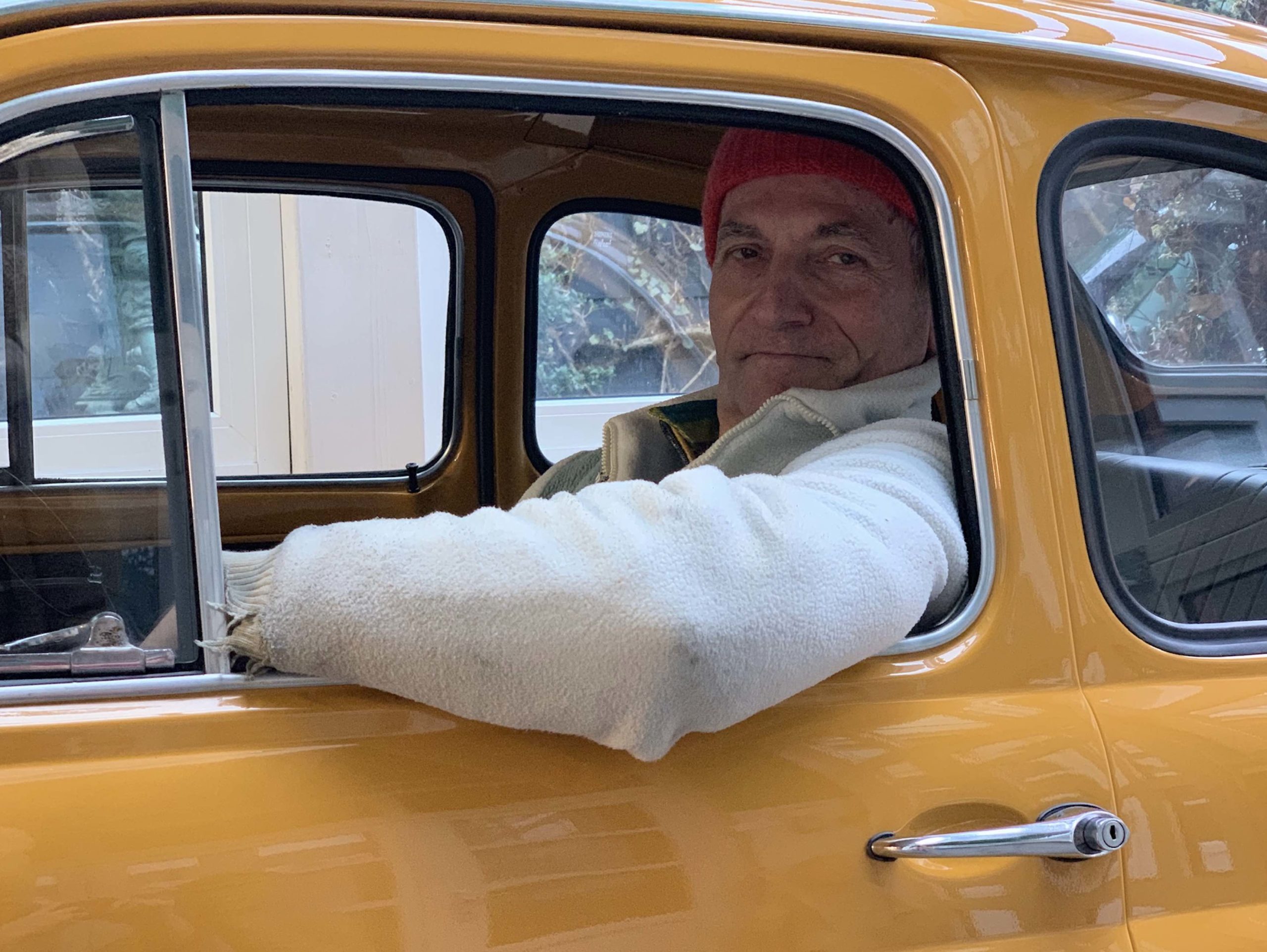 I did wonder about fitting a toy steering wheel to the flap of the glove compartment to help her gain a bit of confidence with urban driving, but in the end I was never brave enough to suggest it (and now I have to hope she doesn’t read this, so do me a favour and don’t mention So much for personal transport, what about drinking water? We do pretty well there too thanks to our rainwater capture system, which means we don’t even have to use treated water for flushing the toilet. Our low water use actually led to considerable strife with our water utility 30 years ago when they noticed a big disparity developing between what they wanted to charge us for water consumption and the amount we were actually taking. I suppose they saw us as a threat to their business model, but it would have been nice for someone to thank us now and again for enriching what the heavens drop upon us a little before sending it off to the sewer. 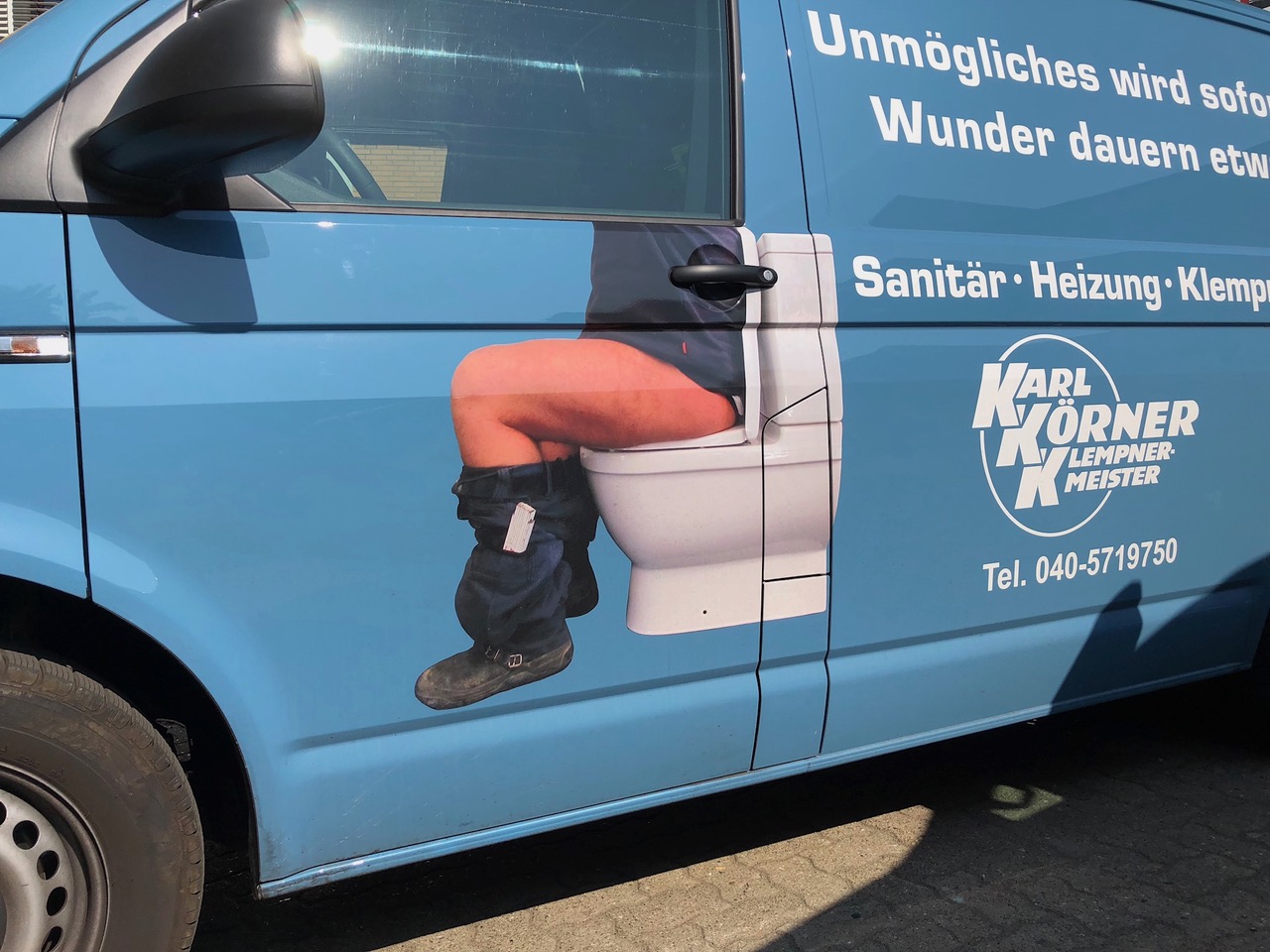 This is all it takes to confound the water industry’s best-laid plans:

The geniuses of local government revenue generation who first realised they could get away with charging us handsomely for shared use of the municipal pipes to dispose of water from the sky that we have the audacity to allow to fall on our property must have been so proud of themselves. It’s one of those mysteries of life that is very difficult to understand but also, fortunately, completely unnecessary to understand. Footwear? Footwear we use until bow and stern have both given out, at which point we move to a summer use only policy (who doesn’t like fresh air on their toes on a hot day?). 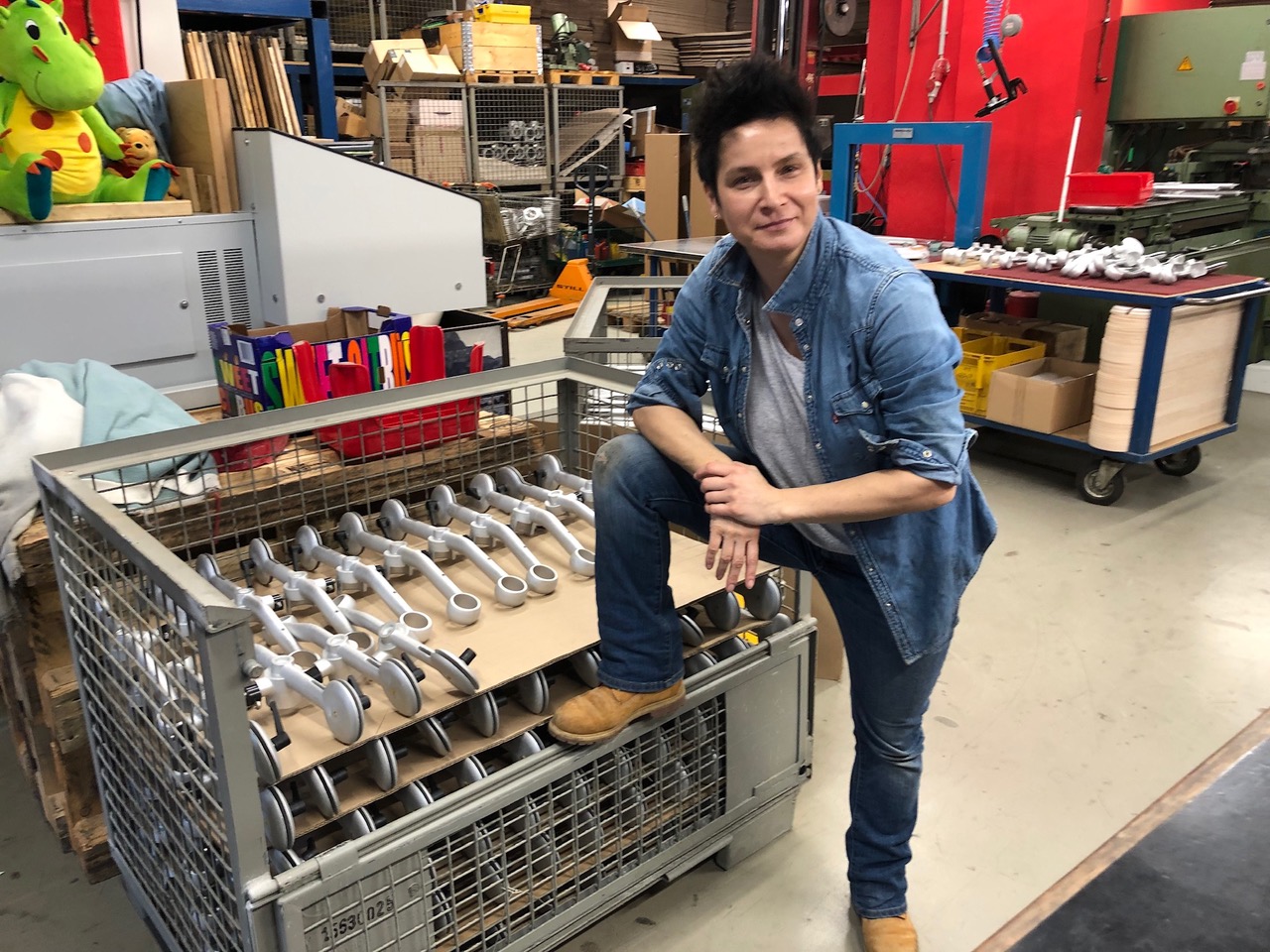 What works well in the warmer months turns would be torture in the winter though, even for the more ascetic, as a result of which I recently had to replace my work boots after 16 years of service. The result? Blisters! Blisters the like of which fashionistas with a penchant for Gucci shoes would (so I’m told) find very familiar. 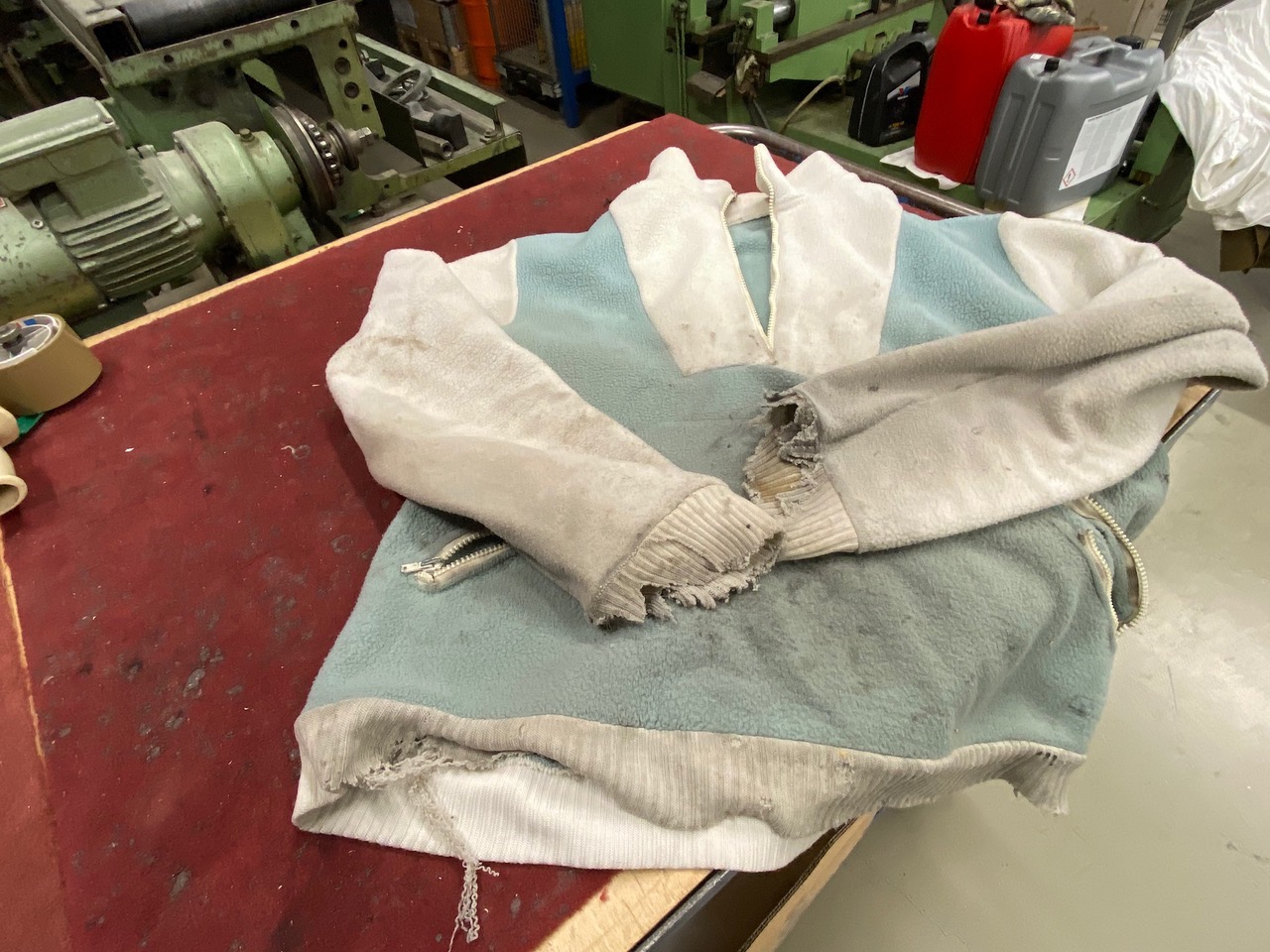 How about work apparel? First of all, three cheers for my Helly Hansen sweater, which has been under test constantly for 40 years. The key components are still in excellent condition after hundreds of washes, but with the fabric now showing clear signs of wear in the elbow area, I have had to put another pullover in stock for redundancy purposes. This represents a sad failure to uphold the terms of my life plan, according to which the Helly Hansen was supposed to stand down when I reached retirement age. Call it poor judgement, but I’ve been collecting my pension for seven years and the Helly is still at work! 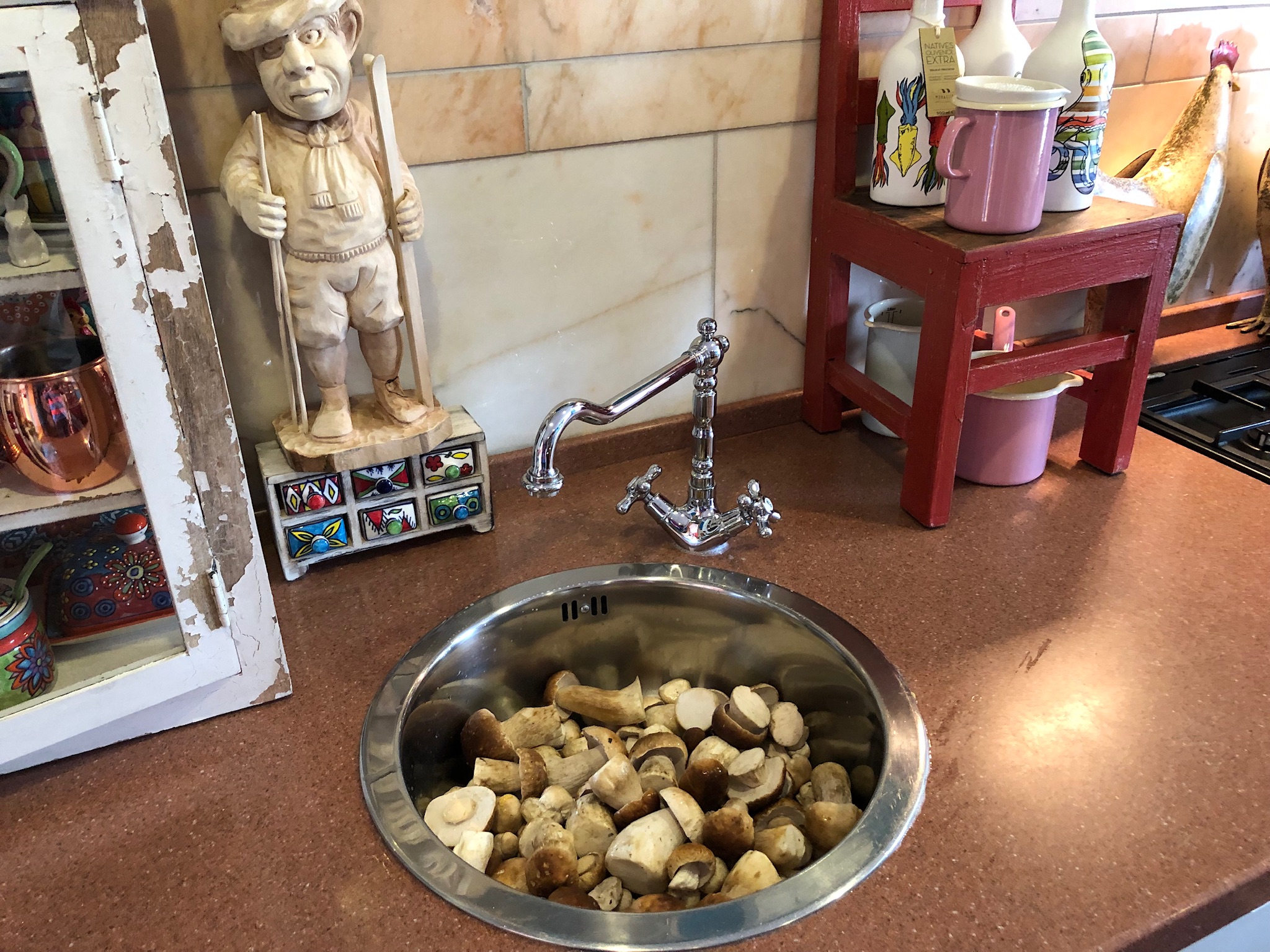 Victuals. We buy food fresh and collect mushrooms from the woods if we happen to be in Poland at the right time of year. There are “Polish mushrooms” for sale at the weekly market in Hamburg too, but it would take a very well-conditioned mushroom to survive such a long journey in anything like a fit state to enjoy 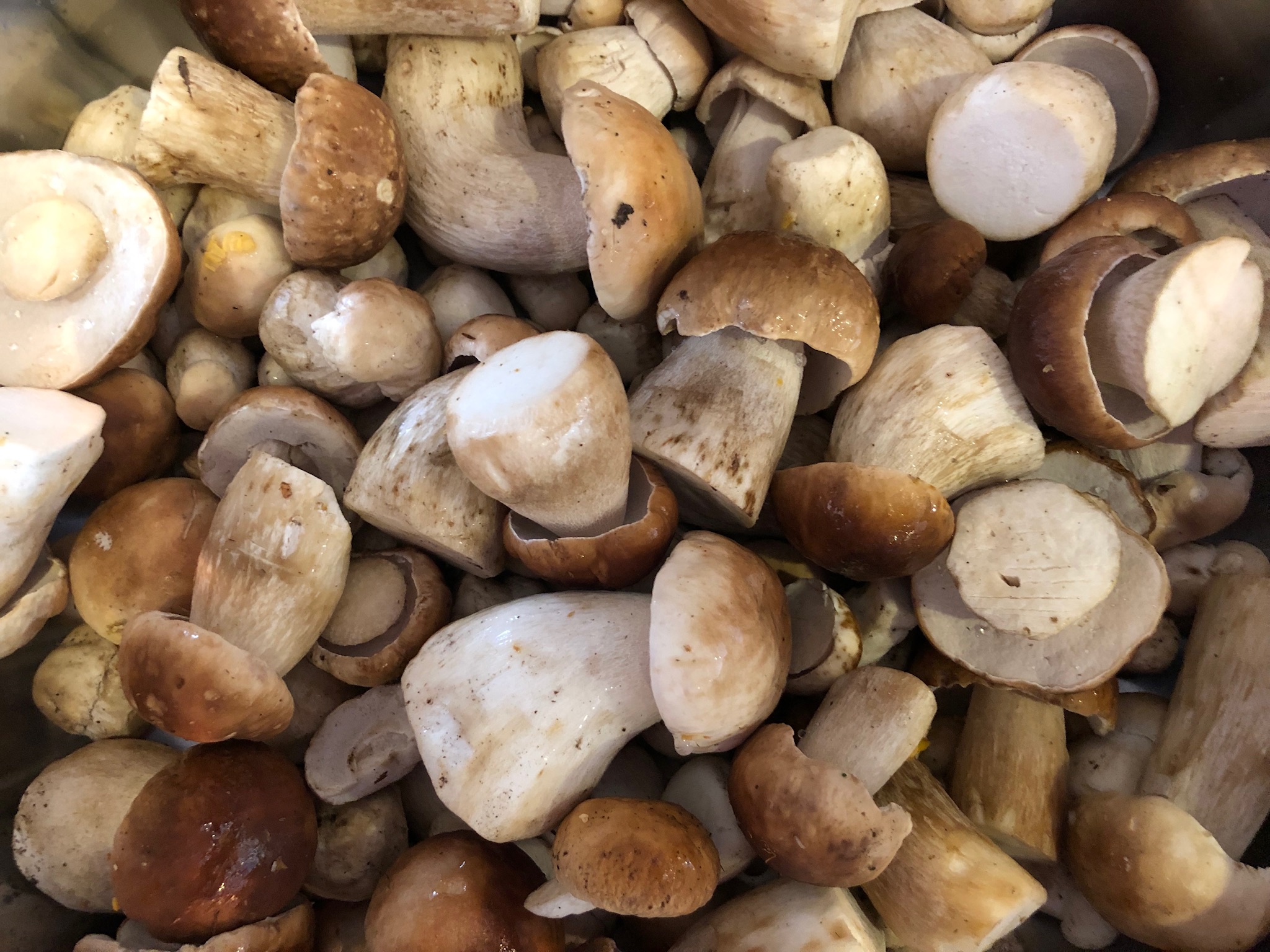 Not only that, but penny buns (or ceps/porcini if you’re in marketing) like these are regarded as something of a gourmet treat in Hamburg and accordingly sold by the gram, which is difficult to stomach if, like us, you are in the habit of rising at 4 a.m. to hit the secret spots in the woods before anyone else and collect a couple of kilos in half an hour. 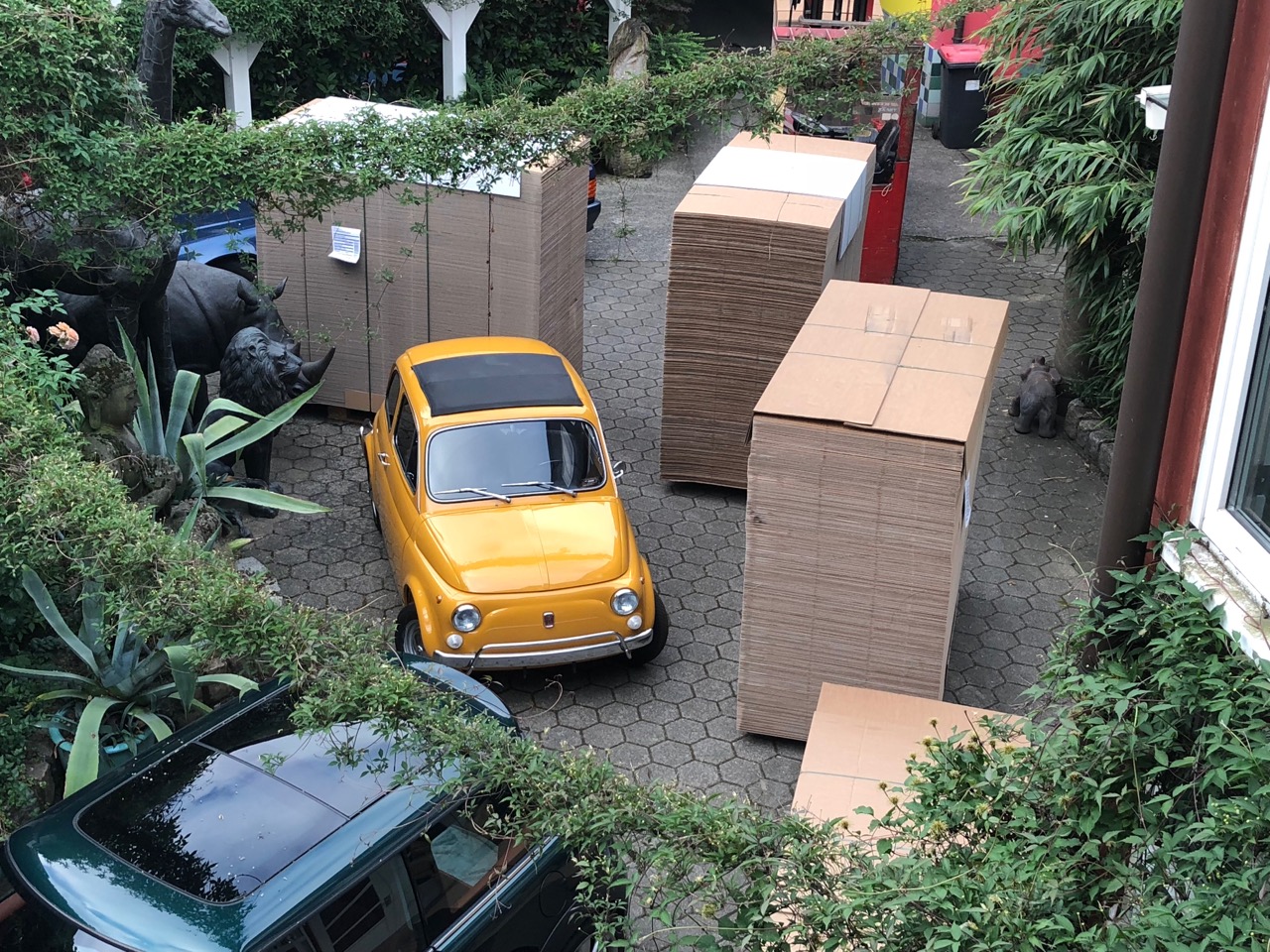 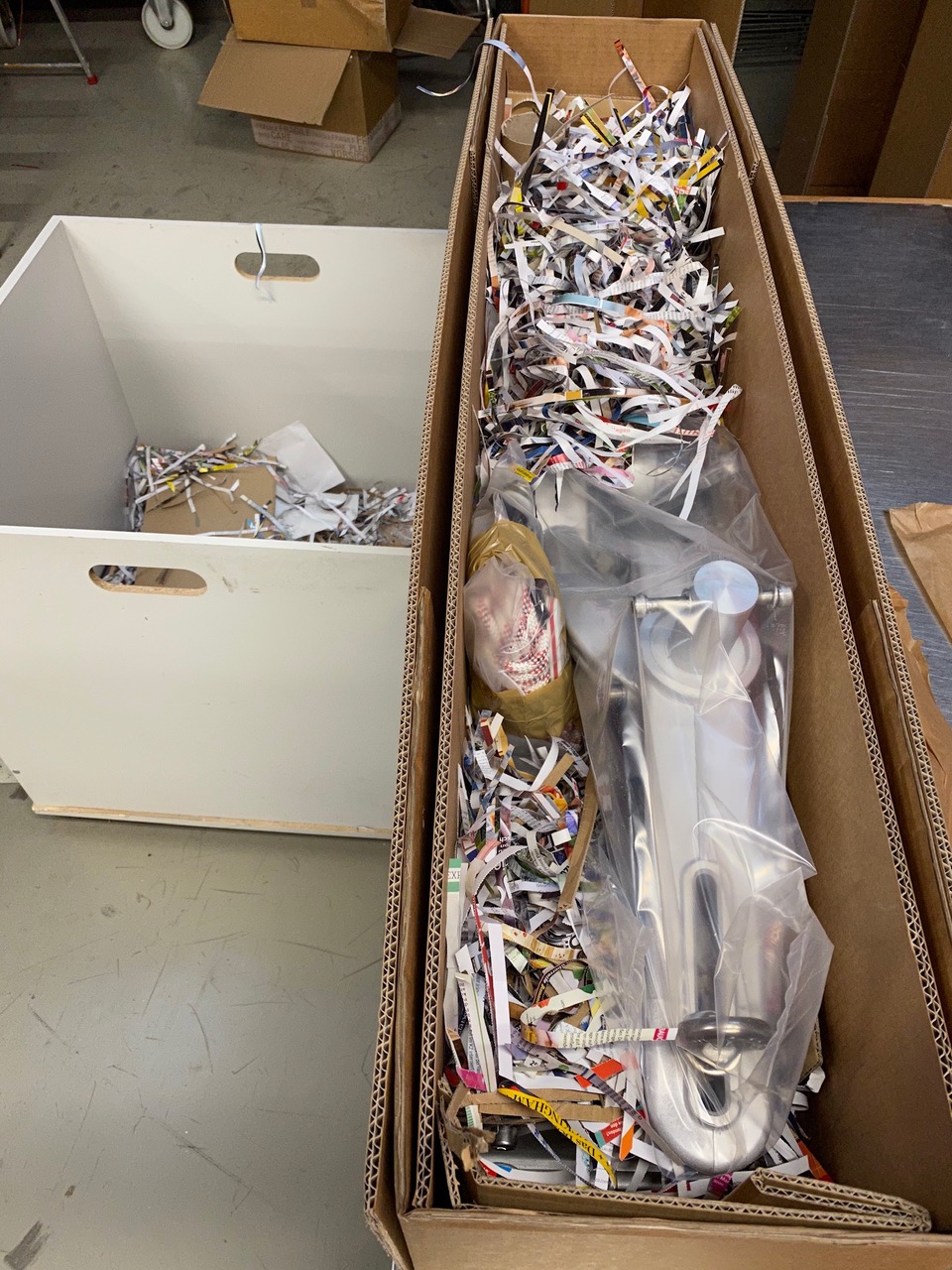 We take pride in being creative with our packaging. We shred our wastepaper and old newspapers and magazines into tiny strips which we then use to bed our Windpilots down for the long journey to wherever in the world they are bound. We like to think of it as playing our part in the fair and equal global distribution of paper resources. Nevertheless, it did still come as something of a surprise to find out that our efforts had been noticed:

Hello Peter! Windpilot has arrived! An observation and a question:
I have ordered a LOT of equipment for this boat. I completely rebuilt it and had to do everything via mail order because there are no places to buy boat parts in Colorado! It’s like rebuilding a sailboat in the Alps! This is the best-packed item I have ever received. You did an amazing job.
Best regards,
Marcus Ward CONTINUE 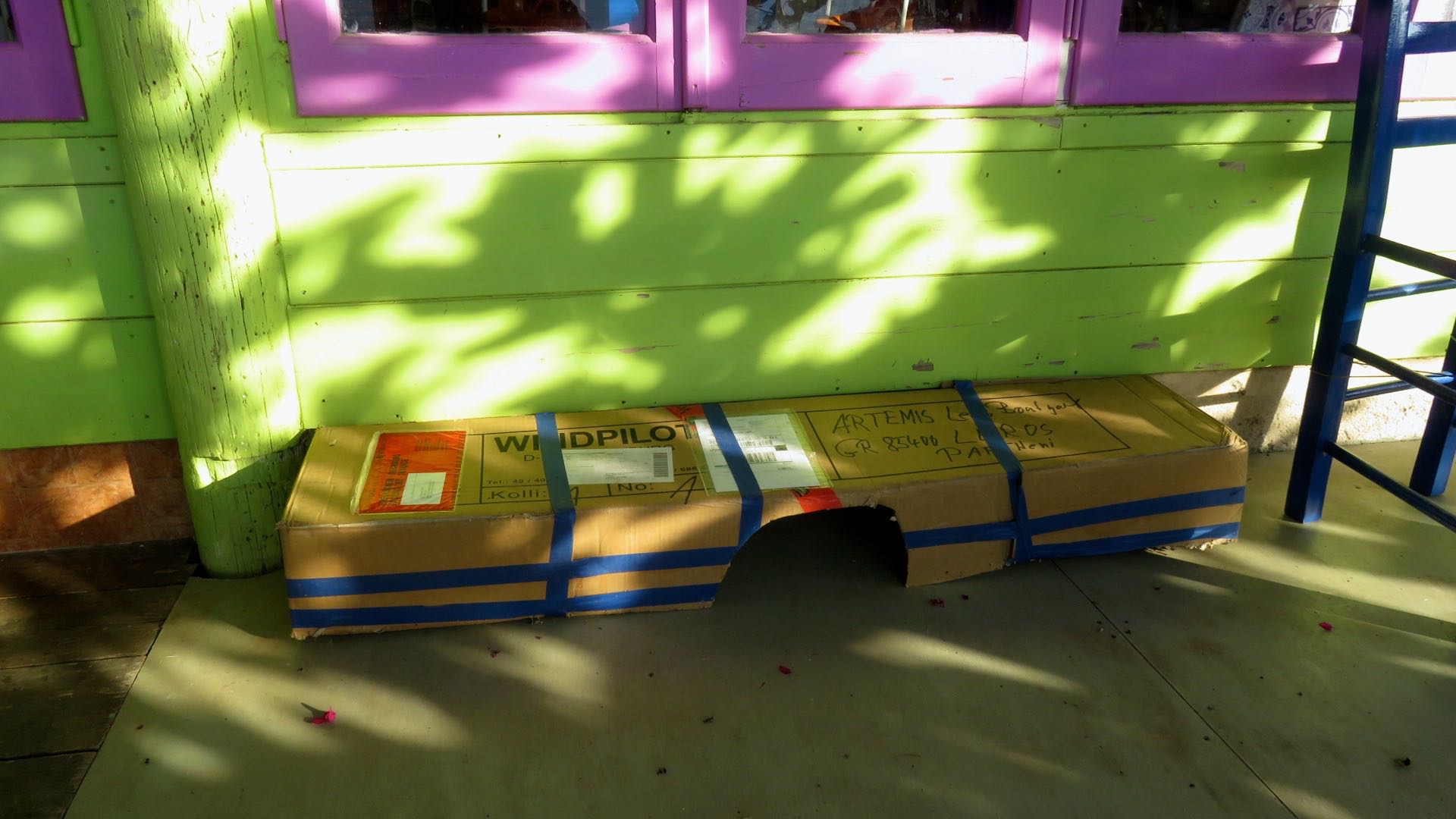 Our shipping boxes are good and strong to help UPS deliver your goods to you in tip-top condition. Being so tough, they can be repurposed very easily once unpacked. Here is a recent example from Leros in Greece: What was once a cosy little home for a cat has recently been extended to accommodate 14 more. 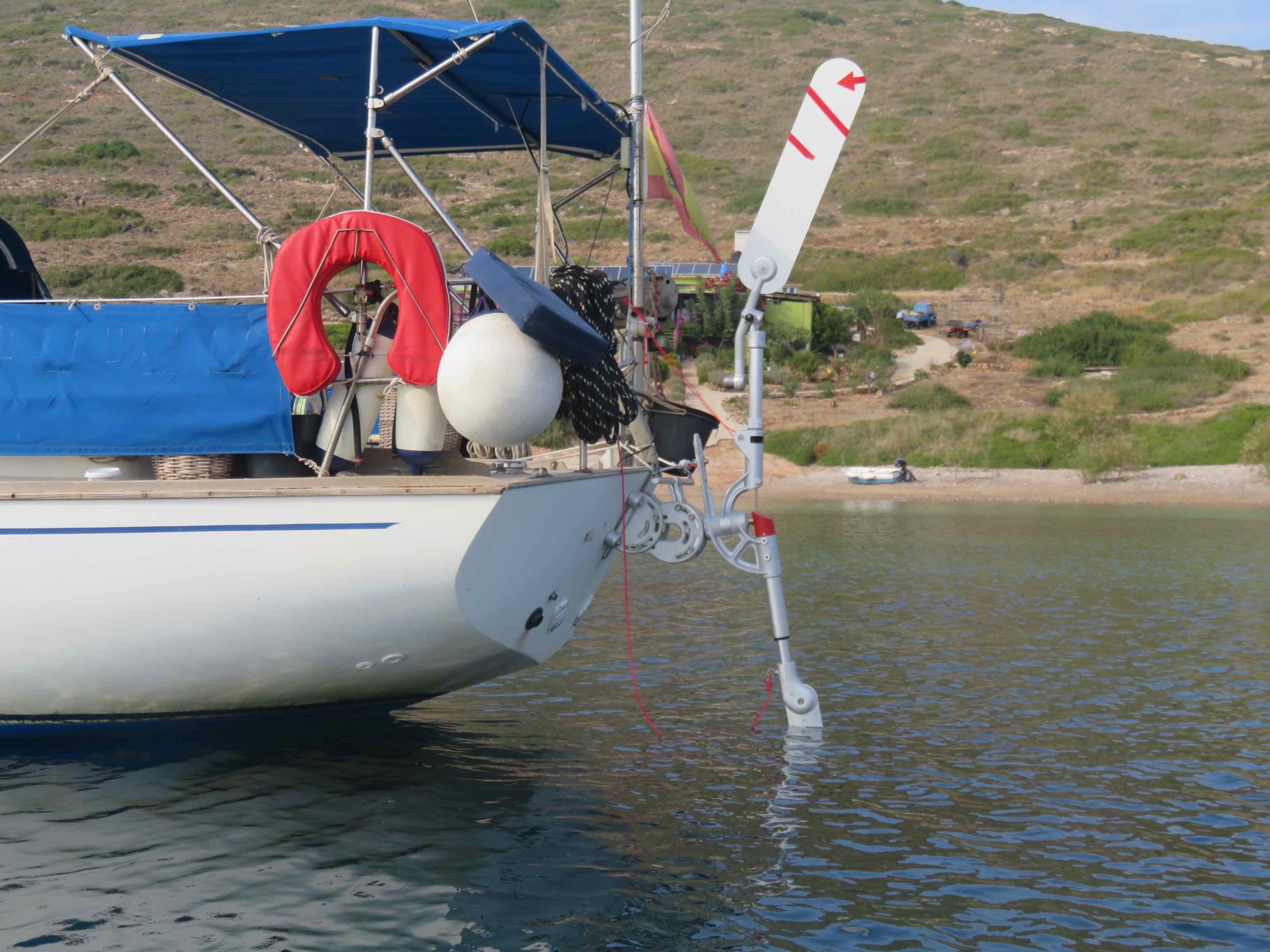 The cardboard craftsman behind it? Luis Ferrer Gurt, private skipper of a large yacht in Mallorca, who ordered a Windpilot for his Cape Dory 33.

I realise now that this topic of sustainability deserves a more thorough treatment, but the chef has just placed supper on the table and it doesn’t do to keep her waiting. And there’s certainly nothing sustainable about food waste!
Saturday 07.03.2020  Peter Foerthmann