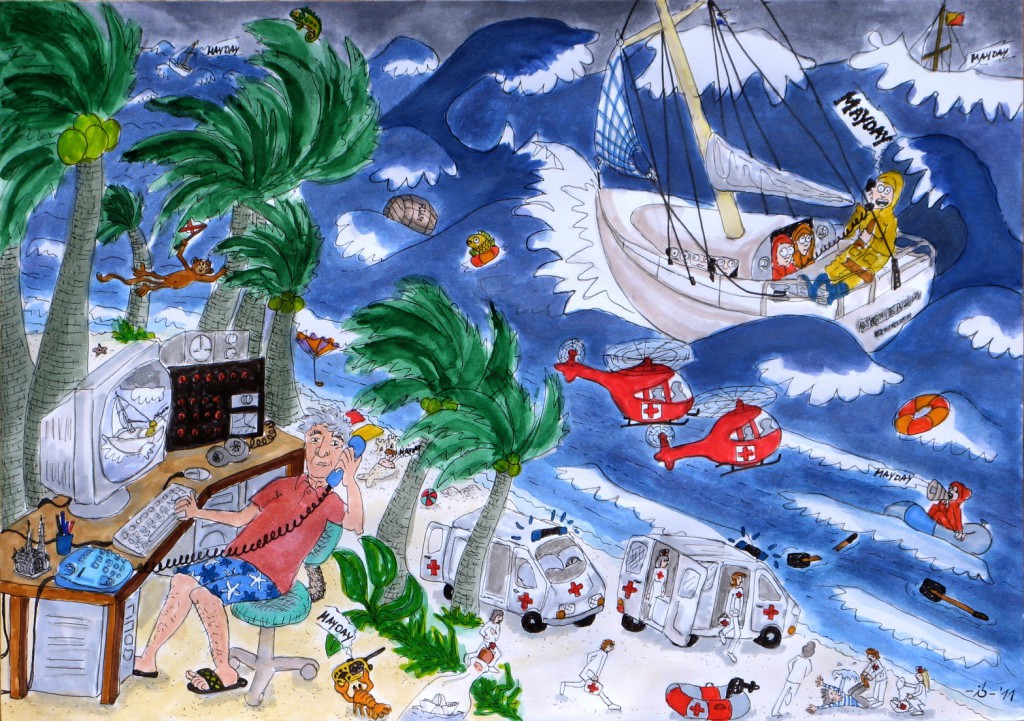 The kind of connections we ordinarily tend to take for granted suddenly become very important once properly at sea. It seems to be difficult to find anywhere out of mobile phone range on land today and if it’s face to face company you need, the nearest busy bar, club or harbour is seldom more than a short journey away.

Life at sea could hardly be more different. Sailors do come together in far-flung ports and anchorages of course, but they are still far from home and the inevitable time differences only amplify the sense of distance.

Clearly we have it much better than our predecessors in this respect: where they had to rely on the vagaries of exotic postal services, we can communicate electronically in the twinkling of an eye. With a laptop – or several – on every boat, the modern bluewater explorer need almost never go completely off-grid.

The Facebook finger seems to be as popular offshore as it is on the street, although of course people have much more – and much more interesting and exciting – news to report from the far-flung places reached under sail.

What often passes unnoticed among all of this electronic wizardry is that by and large, our communications from sea reach other ships and the land using essentially the same technology as that employed by the Titanic to send its SOS. We cram ever more information into them, but the radio waves to which we commit our messages home still fly invisibly from mast to mast in just the same way.

Radio waves are everywhere: they can cover long distances, both on land and at sea, and can help people stay in touch when they would otherwise be completely isolated. Integrated into today’s immense fixed network of terrestrial and undersea cables, they are key to global communications. But radio-based systems are not always the easiest to tame, especially at sea where environmental conditions can be challenging and the distances involved immense.

Making radio waves dance to your tune on the ocean wave every time takes more than a little bit of expertise. We can no more manipulate the essence of radio waves, slow them down or speed them up, than we can their salty brethren: we have to learn to live by their rules just as we learn not to try and fight the rhythm of the sea.

The information and communication industry offers any number of wonderful innovations for the communicative sailor; enough indeed to wipe out even the largest budget. So which of them really merits a berth? 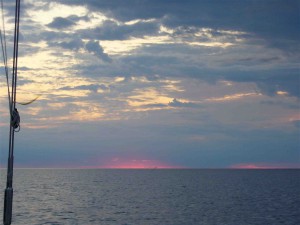 That only becomes apparent at sea, once the horizon has settled to a straight line in all quarters and the time comes to seek contact with the distant shore: loud and clear? Broken but readable? Or nothing, nothing at all? Professional help at the outset can help, but can never anticipate every problem that might emerge after days or weeks at sea.

The distances encountered on the Atlantic are fairly modest, so range is less of an issue. Cross into the Pacific, however, and the scale of the problem changes altogether. The distances to be covered here quickly separate the wheat from the chaff – and sailors who discover their investment falls into the latter category face effectively sailing off the edge of the map as far as ship-to-shore communications go. 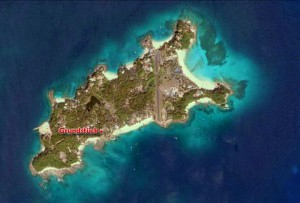 Strategically sited just beyond Panama lie the Las Perlas archipelago and the island of Contador, which Günter Hamacher has called home for more than 30 years. Known to thousands of sailors as The Voice, the Frank Sinatra of the Pacific, Günter’s radio coverage spans the whole of the Pacific Ocean. PACIFIC ISLAND NET

But that, as Günter is only too well aware after 22 years in post, does not necessarily mean sailors can hear him all over the Pacific. Günter’s place lies on the path to the Galapagos and just about every yacht entering the Pacific passes by, so Günter knows probably better than anyone what salt and sea can do even to professionally installed radio equipment.

Armed with quad bike and tender, Günter has visited thousands of yachts over the last 22 years to work his magic, set the radio waves soaring again and put sailors back in touch (and enable them to listen in to his own broadcasts wherever in the Pacific their adventures take them). His deep expertise has always been a boon, not least because in radio, it is the little things that make the difference between crystal clear and nowhere near.

Whole fleets from the World ARC and other events have dropped anchor off his beach to enjoy a drink on the terrace, watch the kids run wild on the sand and listen attentively to his lecture on all things radio before setting off, under Günter’s guidance, to put his teachings into practice, tidying cables and polishing terminals until the radio waves take to the air again and Günter can be sure his broadcasts over the days and weeks to come will not be transmitted in vain.

I recently asked Günter, whom I have known electronically for years now, whether we might be able to make his wisdom available to other sailors who face coping with the shortcomings of their radio system without the opportunity of a visit to his own personal paradise.

Günter is already 80, and while this certainly doesn’t stop him scaling the radio mast in his garden whenever necessary, it would be good to be able to make the benefits of his knowledge available to sailors suffering radio problems before they reach the far side of Panama.

Günter agrees and has now joined us to share his expertise.

This is great news, as hands-on advice from an experienced practitioner with no bottom line and nothing to sell is precisely what sailors need.
If you think you might have something to learn from Günter, just follow our new link above

to be continued in english soon