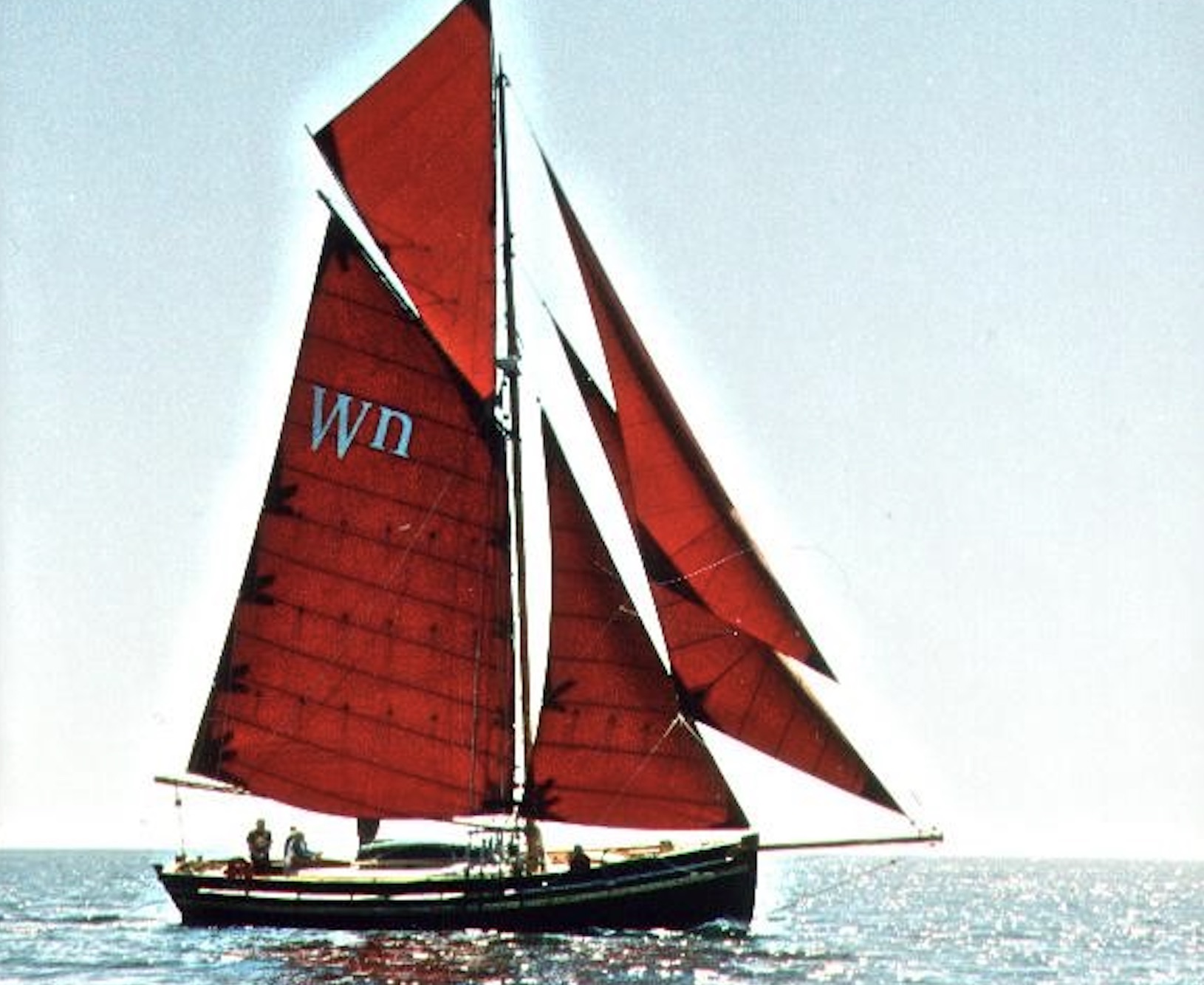 Everyone enjoys steering on summer afternoons, but most of us would agree that the job deteriorates into a chore after the first few hours. Discounting miracle workers like pioneering solo circumnavigator Joshua Slocum in Spray, it was the first singlehanded races in the 1960s that finally cracked the self-steering nut. Sir Francis Chichester’s idea of a small sail pulling the helm missed the bull’s eye by a mile, but Blondie Hasler’s ‘pendulum servo’ wheeze carried the day with a touch of genius. It still forms the basis of many gears and back in the 1970s I equipped my boat with a Gunning gear that made use of it. Like a lot of those early gears, it looked as though somebody had knocked it up in a garage, but it never let me down as it functioned with amazing precision for thousands and thousands of miles.

Latterly I shipped a Windpilot on board my 22ton pilot cutter Westernman.
Her rudder angles weren’t excessive, but the 7-foot iron tiller needed a relieving tackle in more than force 4, so cruising her shorthanded would have been a bit of a grunt without self-steering. Before the wind-vane gear, three of us had helmed her across the North Atlantic and by the time we arrived off the Scillies with the fourth gale of the trip blowing itself out, we felt as though we’d been in a gym with the Devil as personal trainer. It isn’t that she is badly balanced, it’s just that she’s a heavy gaffer with a very big rig. 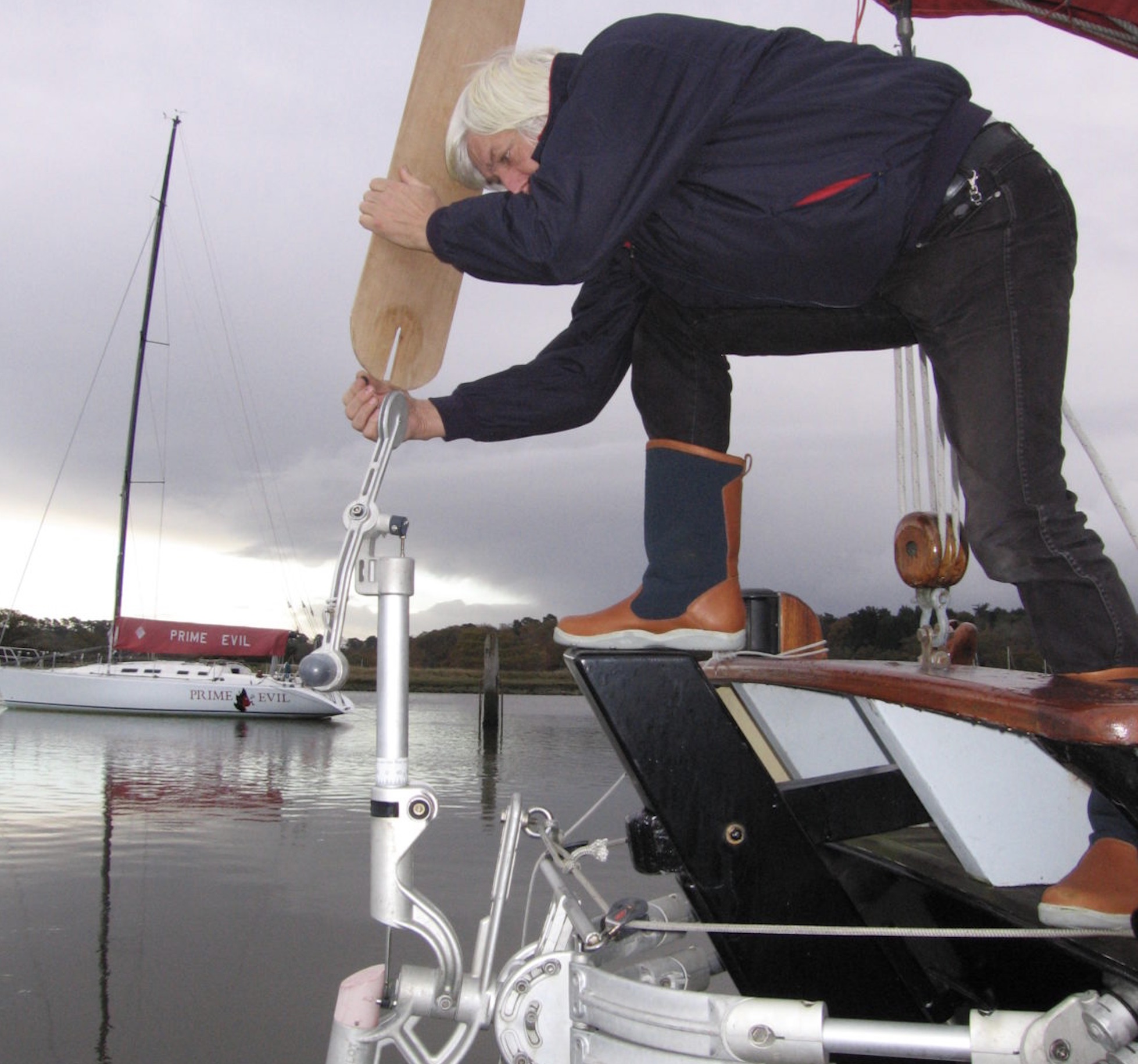 If you’re thinking my old boat is irrelevant to yours, consider this: if Westernman can be induced to self-steer, the same arrangement will be a cake-walk for a modern yacht.

The pendulum servo gear
The pendulum servo gear uses water flow to beef up raw wind power. A wind vane is adjusted so as to ‘feather’ when the boat is on course. When she wanders, the vane receives wind on one side or the other. Whether vertically or horizontally mounted, it reacts by pivoting to leeward. This activates the servo paddle which is really a deep blade cutting through the water beneath the wind vane. The paddle is hinged fore and aft, so that as it is twisted off the ‘feathering’ position by the vane, it is kicked up sideways like a pendulum by the water flowing past it. If you doubt the power, try it with an oar when you are buzzing along in the dinghy! 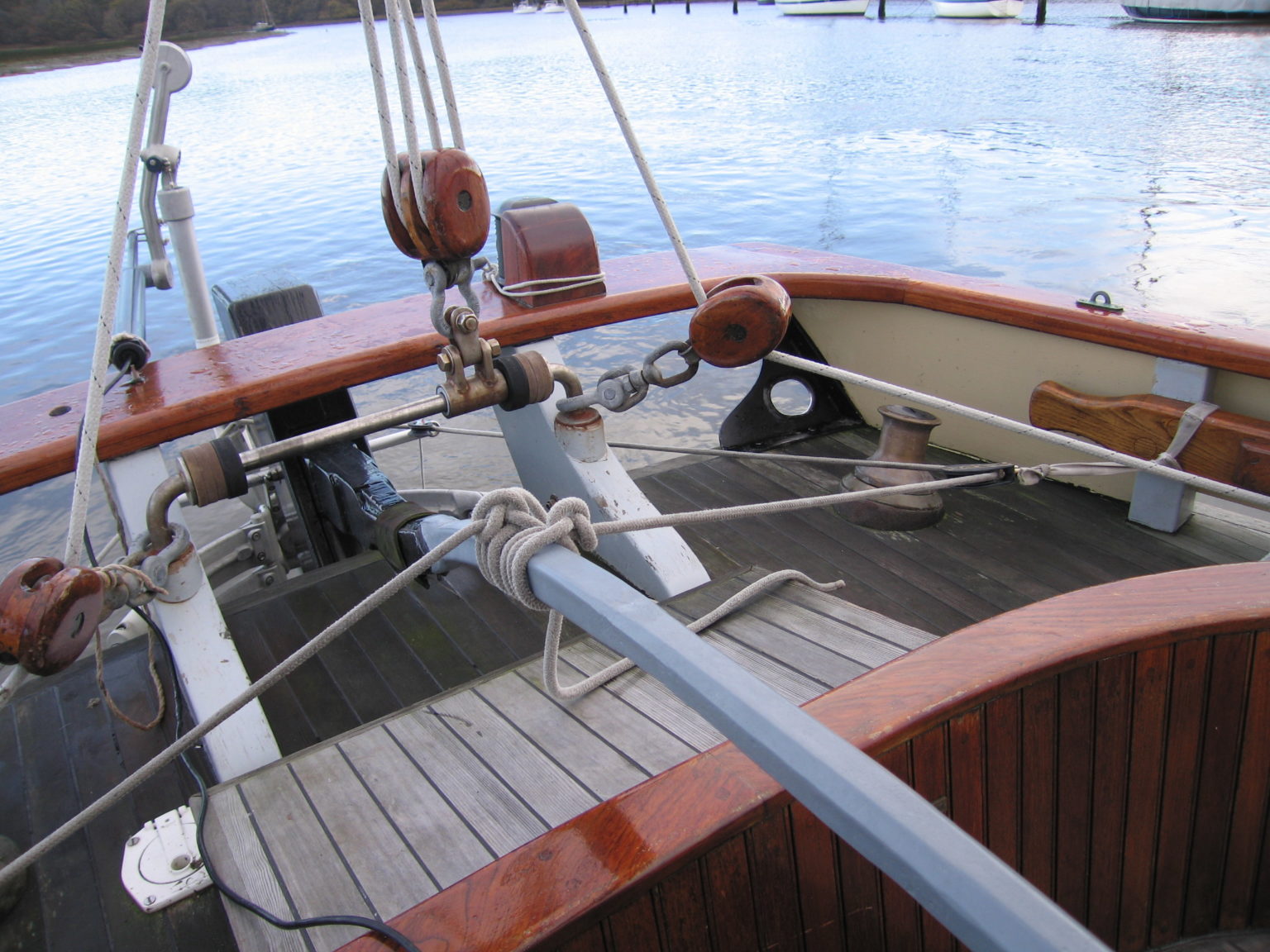 This swinging movement to one side is transferred to the helm by lines connecting the paddle to the tiller (or to a drum on the wheel). Go to the Windpilot website (below) and if you don’t want to read the whole page, just look at the animation halfway down on the right.

As the paddle is displaced, it drags the helm with it. This steers the boat until she is back at the original angle to the apparent wind. Vane and hence paddle now return to the ‘feather’ position and the process ceases until repeated again. The net result with a sophisticated gear is a surprisingly straight course in most conditions.

Given that the watch first heaves in enough on the weather tiller line to balance the boat with the water-servo paddle in the vertical position, the Windpilot copes well, but it’s a non-starter if we are motoring and it isn’t great in the ever-shifting wind strengths and directions along our coasts. The answer required some lateral thinking and a tiller pilot unit. I went for a big Raymarine Autohelm4000, but most boats manage fine with the tiniest tiller pilots on the market.
Initially, I set up the Autohelm directly onto the tiller. It stood no chance and looked like a mistaken purchase until one day I noticed a small hole engineered in my Windpilot vane gear.

I wondered if it would take the tiny stainless pin supplied by the Autohelm manufacturers. I had a spare one and it fitted perfectly. Obviously the hole was there for just this purpose, so I epoxied the pin in with ‘Araldite Rapid’. While the glue was hardening, I offered up the unit, then drilled the hardwood taffrail for the pin on the other end. Raymarine had even supplied a spare bush to slot into the hole. 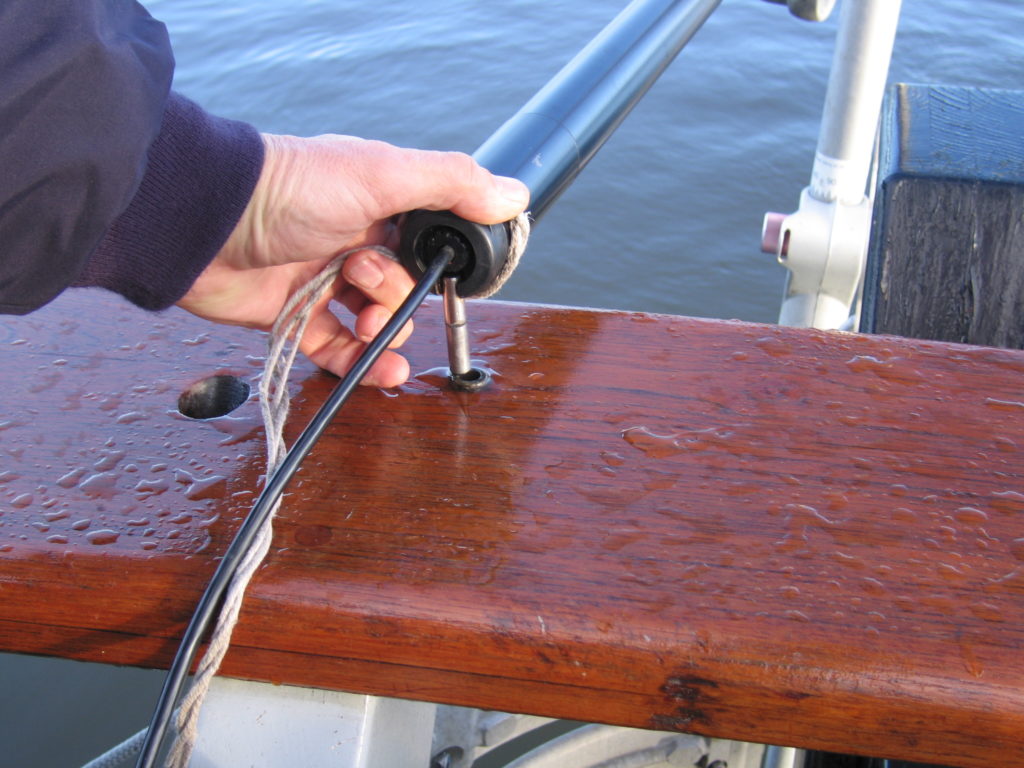 An hour later I unshipped the wind vane and set up my new unit. Rather than trying to shove the mighty tiller across, all the tiller pilot now had to do was tweak the servo paddle. No longer driven by the wind, the paddle of the steering gear was adjusted continually by the Autohelm following a compass heading. Because the arrangement is equally effective when sailing, I don’t use the vane at all unless the wind is solid and unchanging.

The only refinement has been a short length of shock cord to hold the socket of the ‘tiller end’ of the pilot onto the horizontally mounted pin on the wind-vane mechanism. 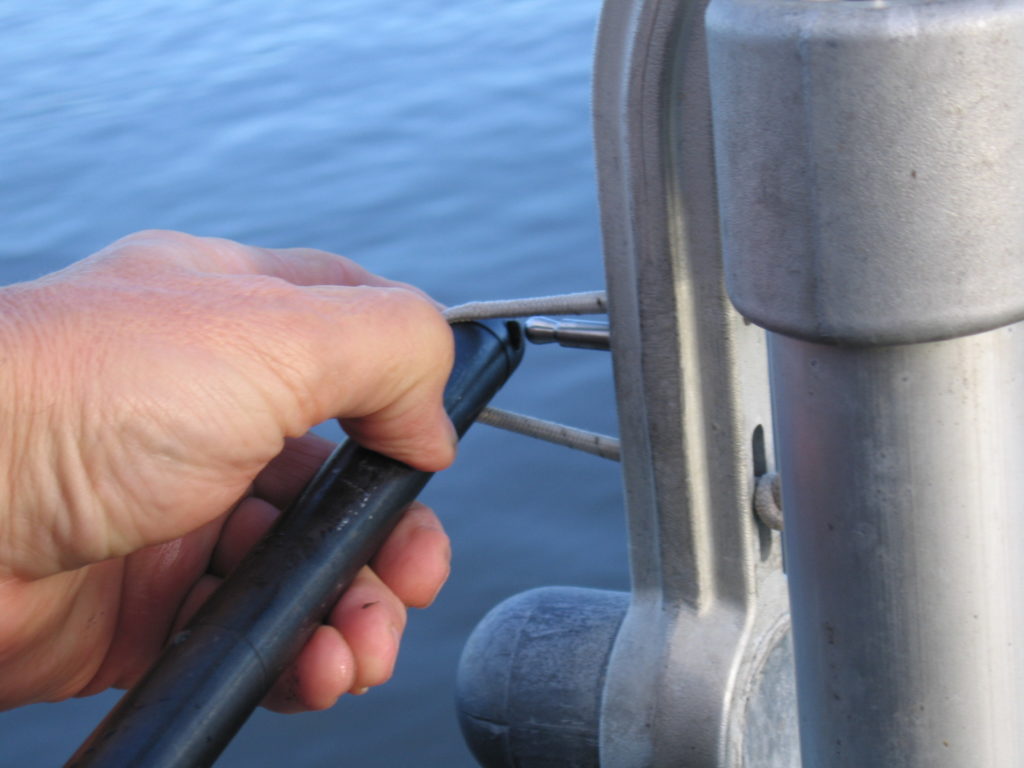 Battery drain is negligible because the diminutive motor in the Autohelm hands all the tough stuff straight over to the pendulum-servo paddle. This revels in its labour. 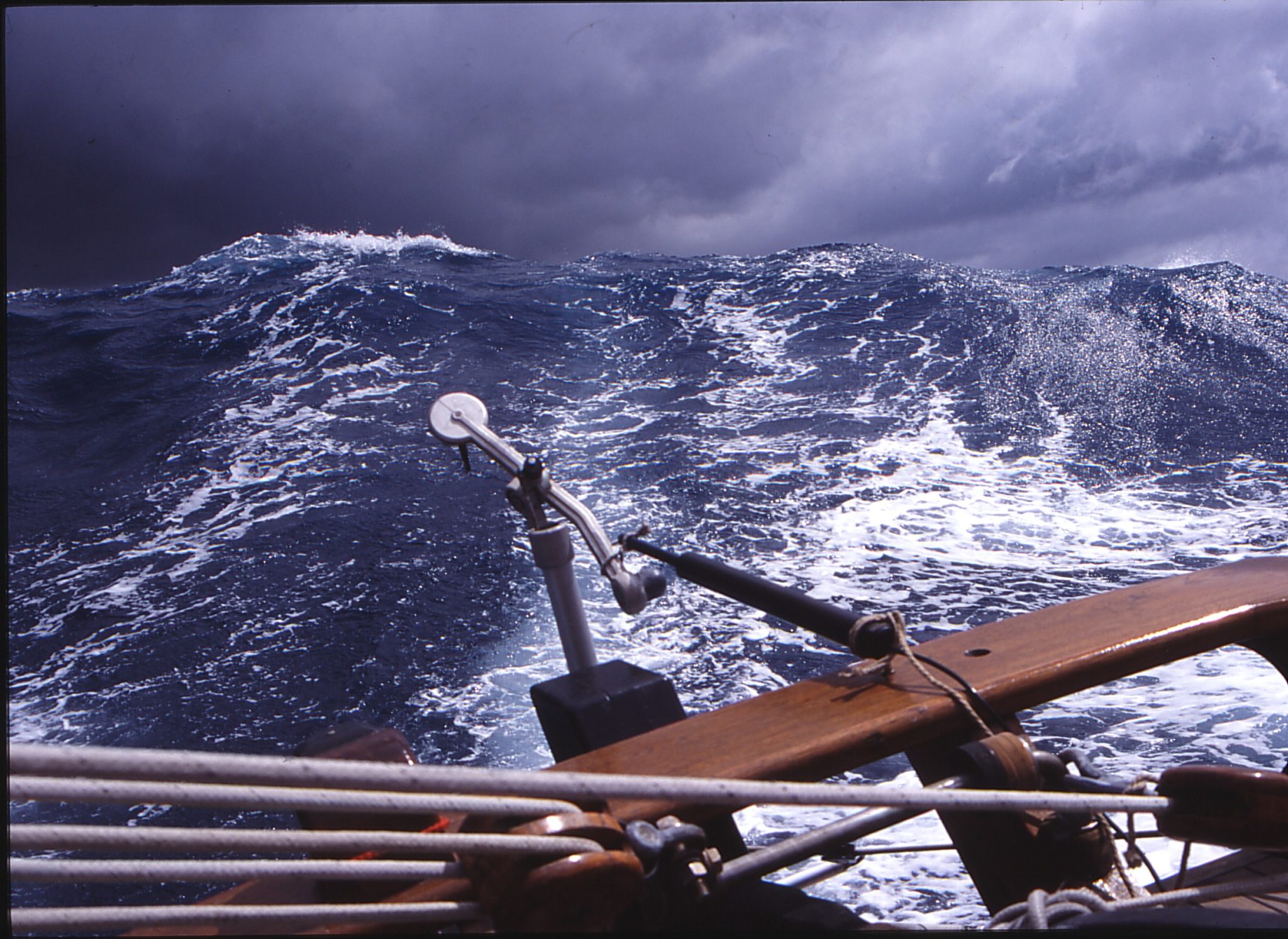 The faster we go, the harder it pulls, and the boat steers herself without fuss for thousands of miles. It’s quiet because the autopilot noise is all well aft, and the same unit worked for many years without any maintenance whatever.

How to connect the two
If your wind vane is pre-drilled to accept the tiller attachment pin – as my Windpilot was – that part is easy. If not, you’ll need a drill and a sharp bit. Make the hole a snug fit because the system will worry away at it hour after hour. Attaching the other end of the unit to a wooden capping is easy. Place the tiller mate in its neutral position and offer it up with the outboard end connected to the ‘tiller pin’ on the vane gear. Mark where the big pin on the inner end lands on the timberwork, get hold of a bush from the manufacturers of the tiller mate, drill for this and drop it in with a dab of epoxy. If you’ve no suitable place to mount the pilot on the boat, something can usually be contrived by using the pushpit because the loads are almost non-existent. 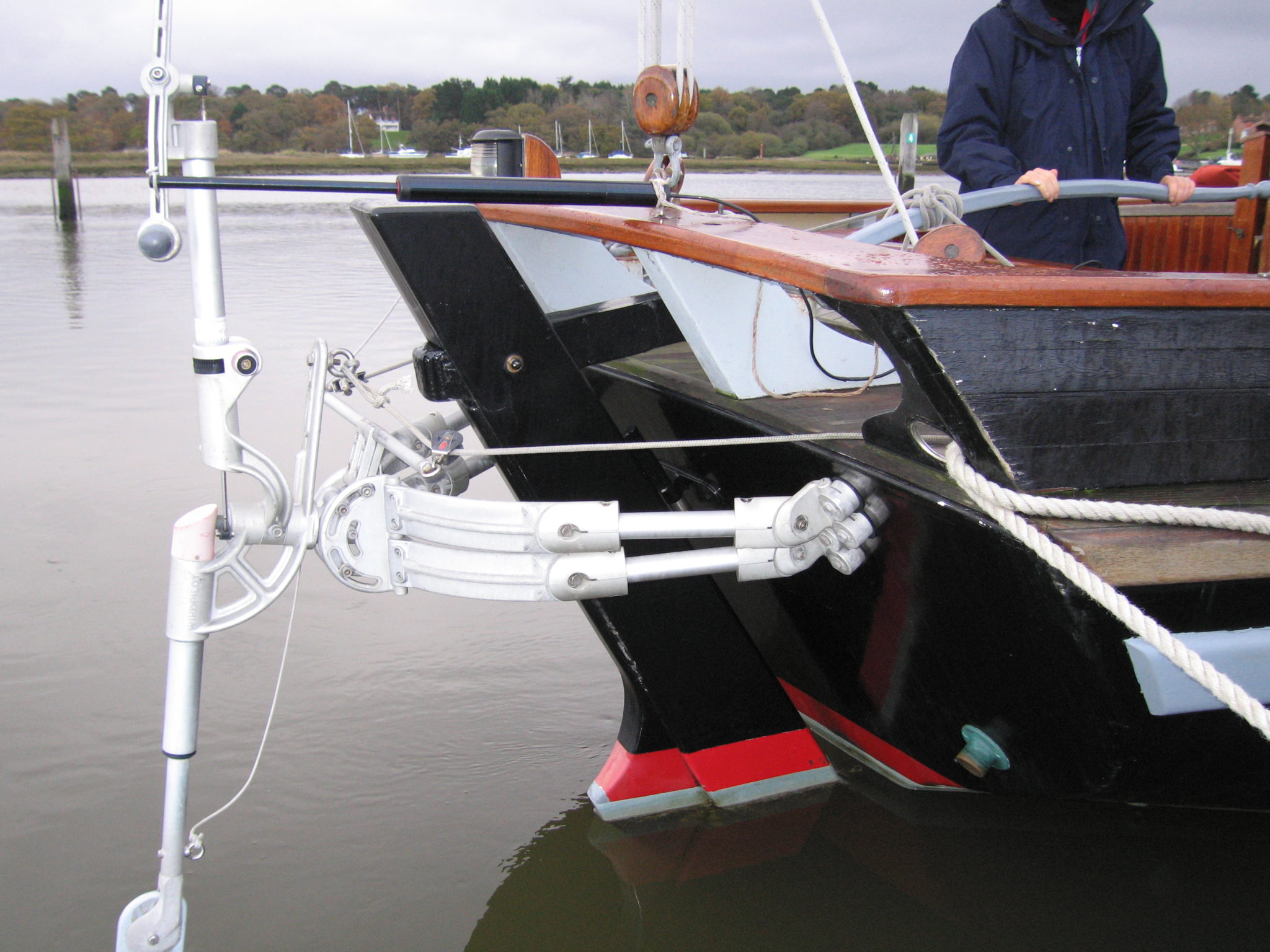 You may need a screw-in extension for the pushrod at the business end of the tiller mate. Raymarine supply one for £25. Otherwise you’ll have to fabricate something out of wood, plastic or anything else lying around in your shed. Don’t worry if there isn’t space to allow the arm to run fore and aft, you’ve only to rotate the wind vane mechanism as though feathering the vane and it’ll all line up sweetly. 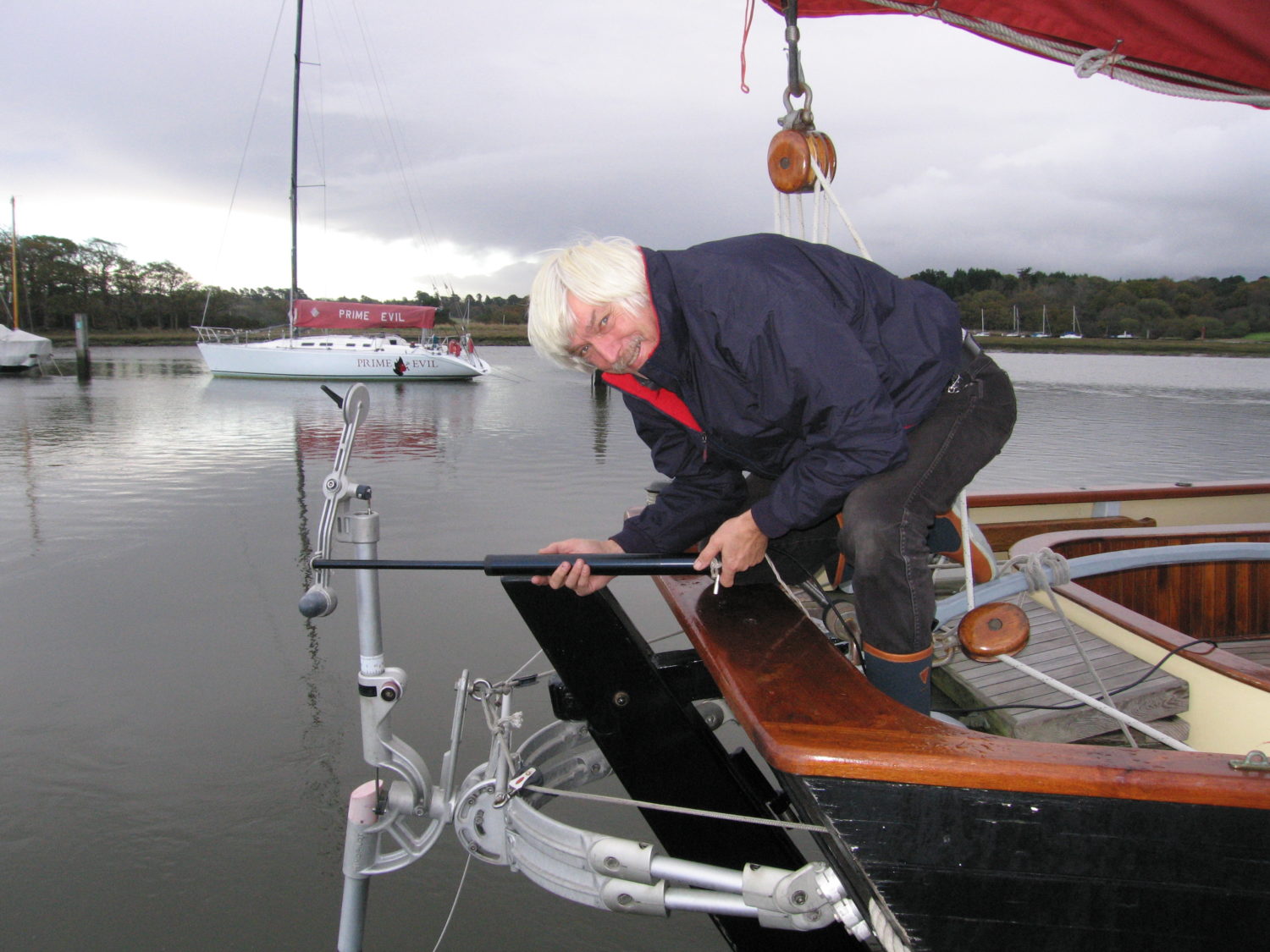 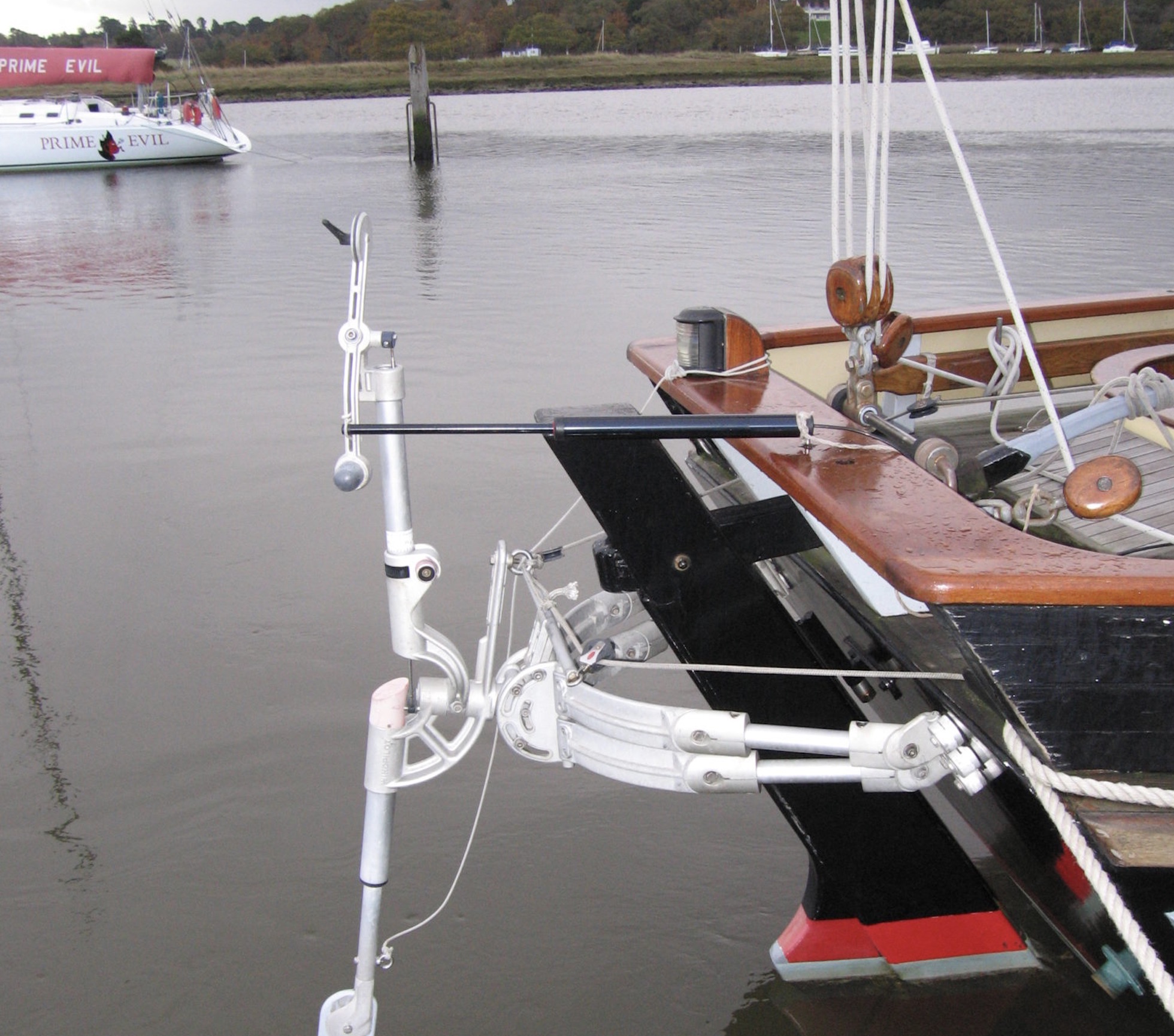 Common sense is required to site the in-and-out movement of the unit to match the swinging arm of the vane pilot; the hand-working skills are as basic as they come, and that’s it.

Other systems
While my own arrangement favoured the German-built Windpilotand a Raymarine Autohelm , there’s no reason why the same method cannot be used with similar wind-vane systems or pilots. Indeed, Hydrovane users have had success without the added power of the pendulum servo. This gear favours a balanced auxiliary rudder and I am assured by users that it works a treat powered by Autohelm instead of the vane. 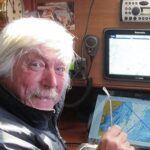