Getting to the Truth 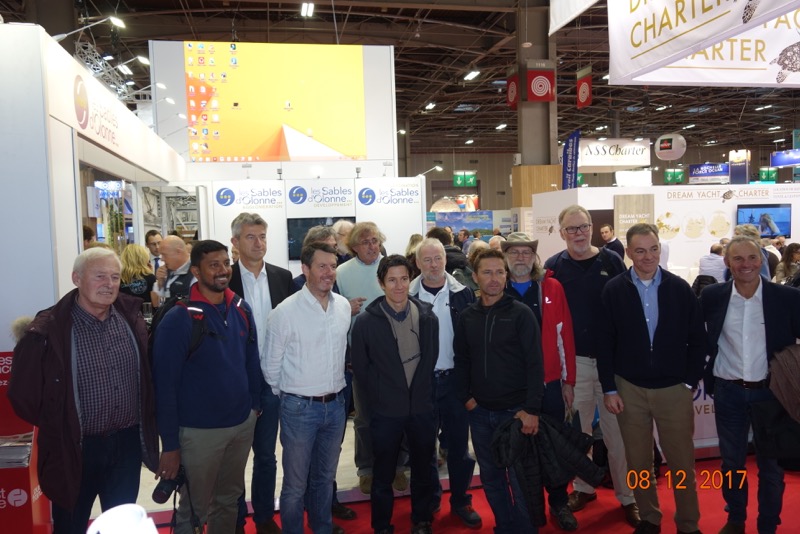 I first met Igor in December 2017 during the GGR Press Meeting at the Salon Nautique de Paris. Together with Boris Senatorov, Manager of YACHT RUSSIA, we discussed the details of the fit-out of Esmeralda, an Endurance 35, which was to be overhauled at Russian yard 360a3 Yachts SL in Alicante prior to the start. Igor looked well-fed and full of energy as his Manager Boris, who had apparently spent many years living in Switzerland, explained in fluent German that YACHT RUSSIA had decided to sponsor the Esmeralda project and would be financing the whole thing. 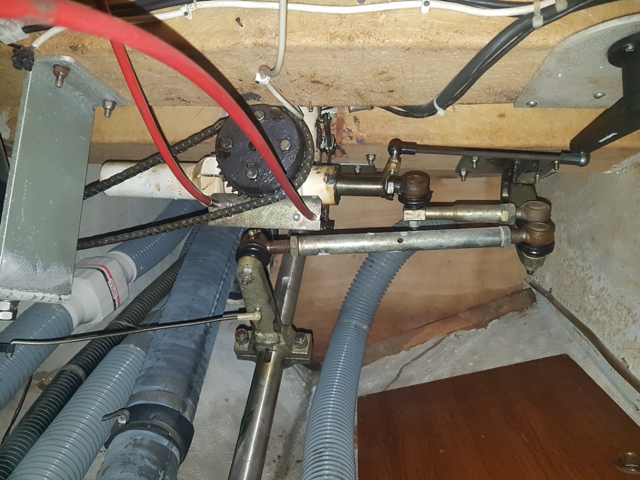 The months that followed brought a steady stream of e-mails back and forth with yard boss Michael Snegirev in Alicante and Alexander Morozov in Russia discussing the details of the boat’s wheel steering system, which was effectively obsolete and technically beyond saving. Eventually the whole thing was replaced and the Windpilot systems were installed. I never really heard anything from Igor over this period and presumed he didn’t spend much time in Alicante. 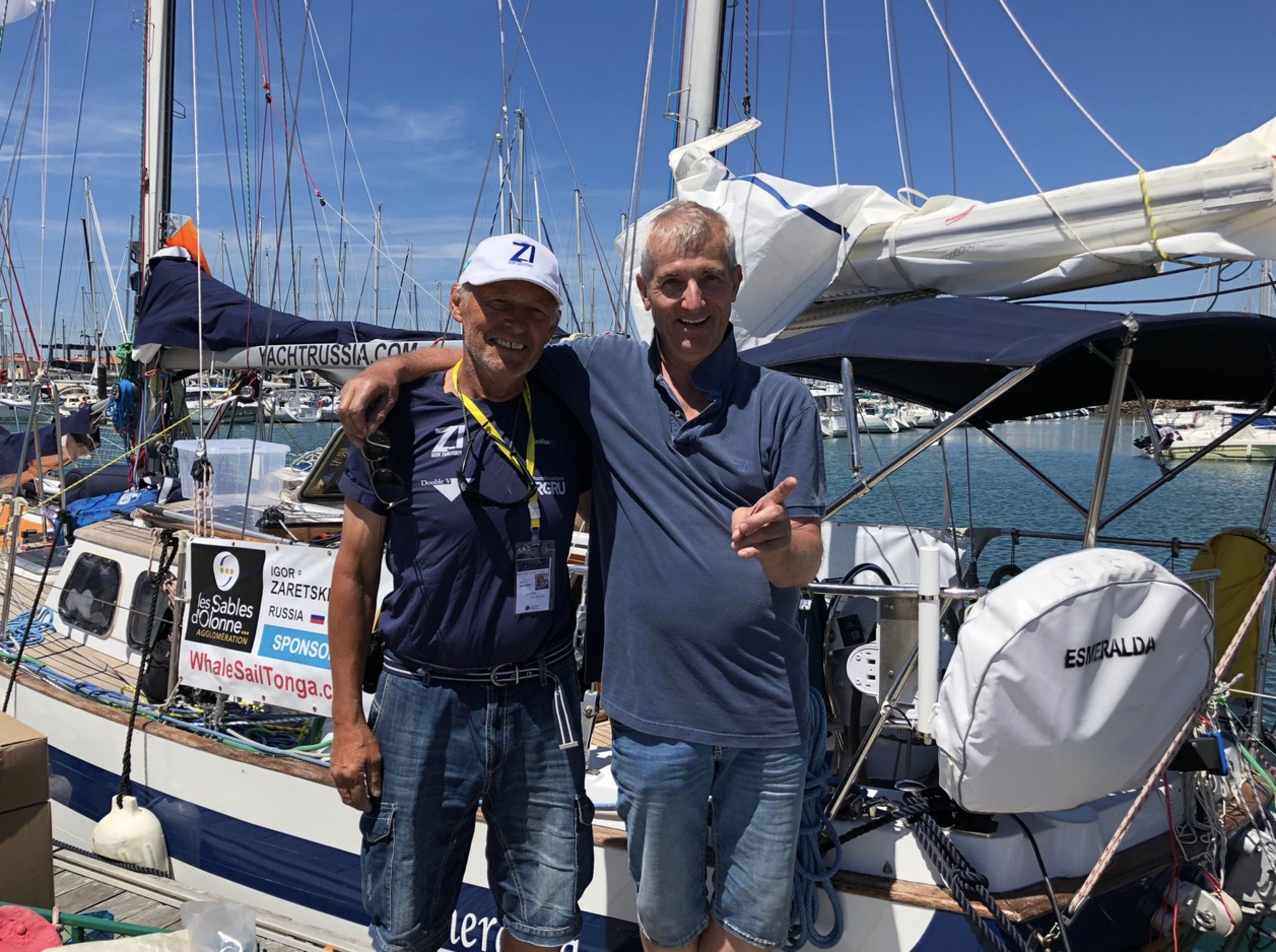 When I met Igor for the second time in July 2018 shortly before the start, it was immediately obvious that he had lost a significant amount of weight. My assumption at the time was that there was probably a connection between his physical condition and the astonishing quantity of cigarettes waiting alongside Esmeralda to be loaded.

Owing to the language barrier, all most of us following the race ever heard from Igor as he ticked off the miles and the days from Les Sables to Albany in Australia (where he arrived in December 2018) was the reassuring but not especially informative phrase “ESMERALDA OK” (this became the battle cry of his Russian fan club and ended up being printed on T-shirts that were sold via the Facebook site). Only Uku Raandma, third-place finisher in the GGR, and Russian ham radio operators were able to discover anything more about events on board Esmeralda; the public at large were more or less excluded. 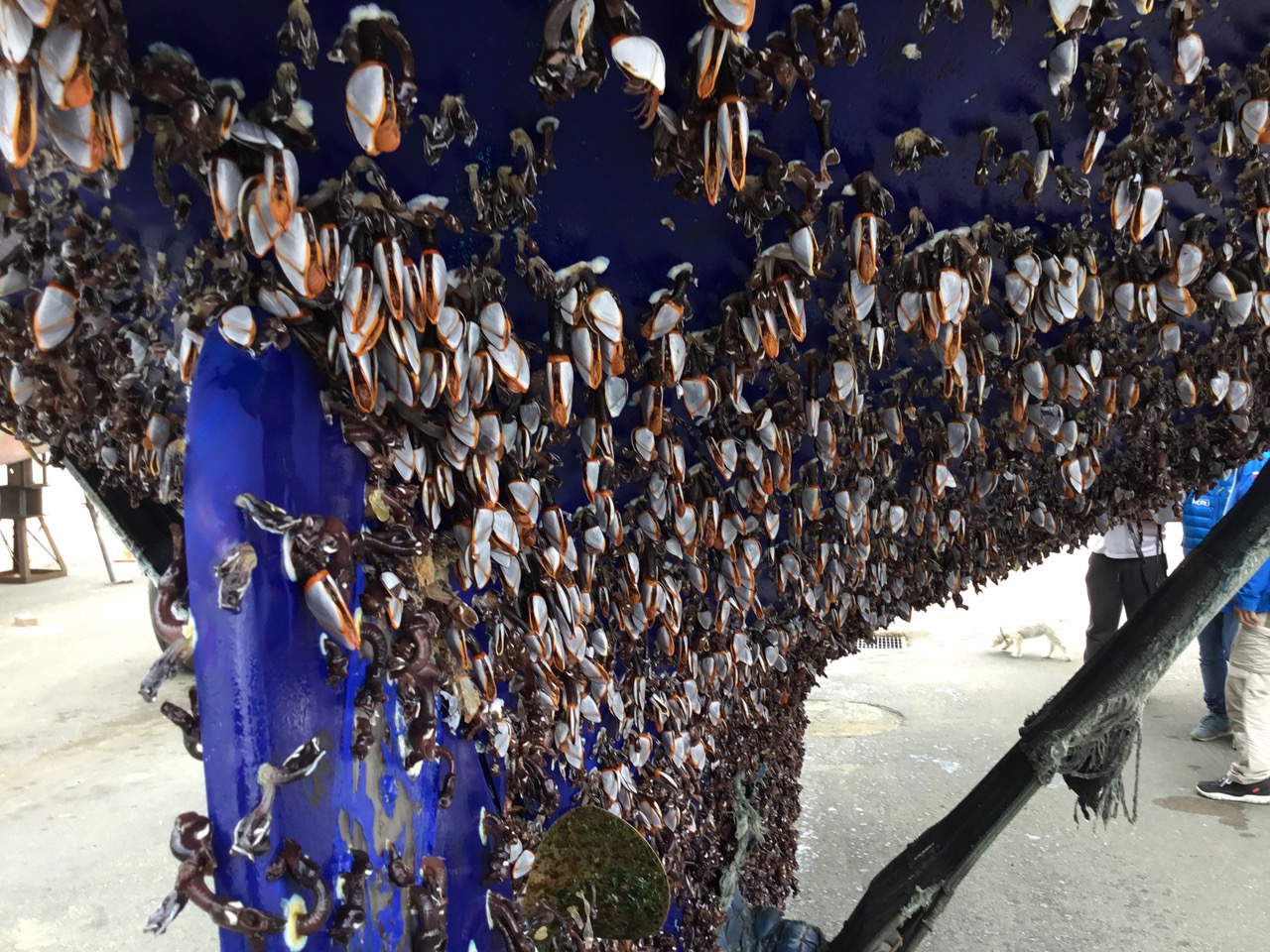 The only real news to emerge was that heavy barnacle growth had affected speeds badly and Esmeralda was going to have to make a pit stop in Albany for a bottom clean before continuing, with new antifoul, in the Chichester Class. 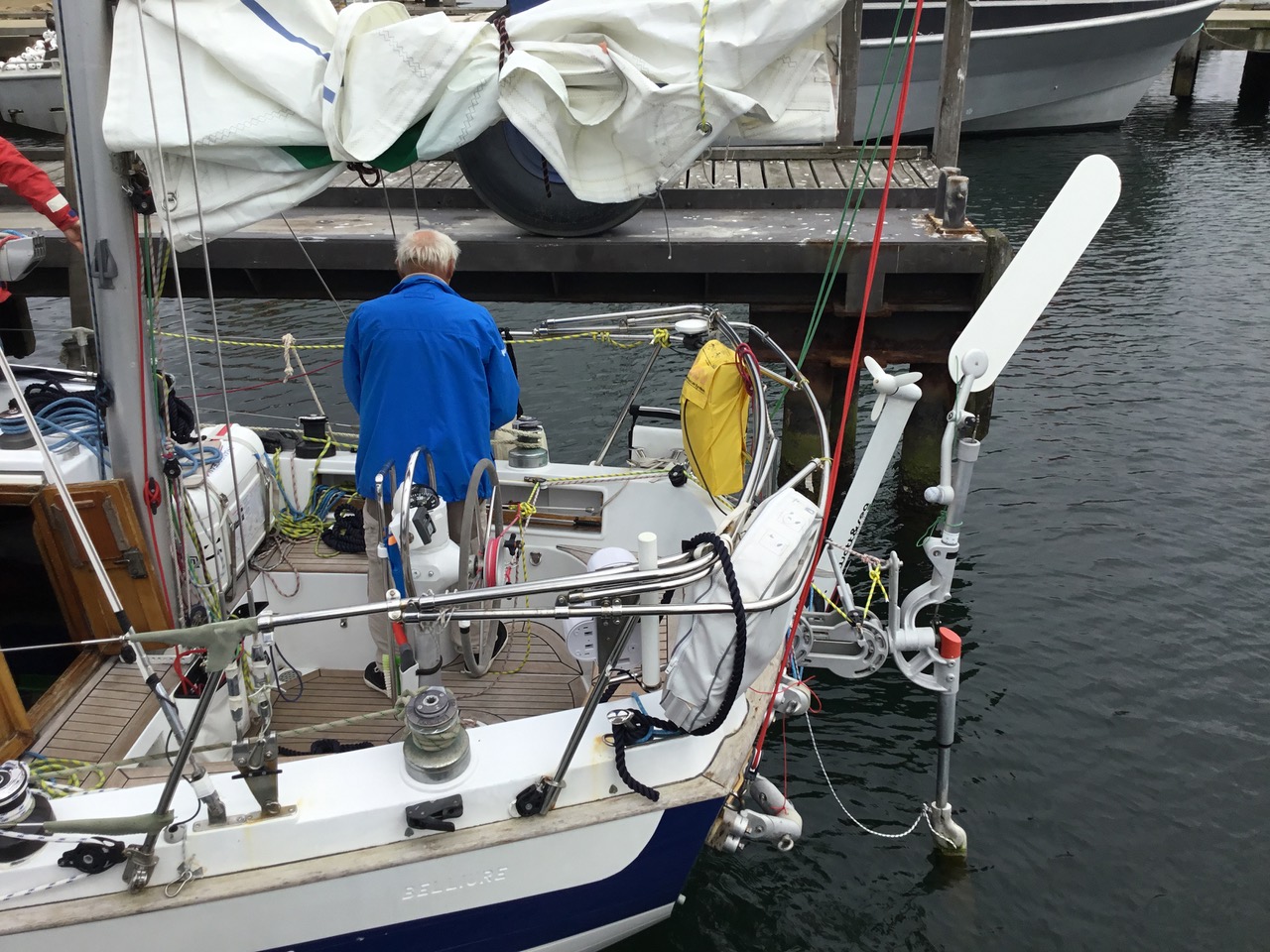 Official GGR channels then announced that Igor would be returning to Moscow for an operation, after which the news dried up almost completely. Igor had his operation in Moscow on 18 March 2019, after which nothing was heard until June 2019, when it was officially announced that he would not be rejoining the race.

I have made quite an effort since then to find out from Esmeralda team boss and manager of YACHT RUSSIA Boris Senatorov what happened and what’s happening now, not least because all of the equipment I supplied, some of which has not been paid for and remains Windpilot property, is still on board. A satisfactory answer has yet to land and my invoice is still outstanding.

I asked friends in Albany to send me a few photos of Esmeralda arriving back in December 2018, so I had some first-hand knowledge to go on, and I also heard more than once from sailors in Russia that there appeared to be more than one explanation of Igor’s disappearance from the race in circulation.

An interview given by Igor in his home city of Yaroslavl and published in October 2019 reveals a little more of the truth retrieved with the aid of a translation program. Those with good enough Russian can read the full interview here:

The most interesting passages are reproduced below:

QUESTION: In October it came out that you had withdrawn from the Golden Globe Race and that the yacht Esmeralda would not continue in the Chichester Class. Fears for your health were cited in explanation. You refuted that. What is the actual situation?

IGOR: I have to say that the official statement from the shore team to the organising committee of the race was not agreed with me. I only learned of it online. It would have been more honest to state that the shore team had withdrawn. It’s no secret that I had two major operations before the race. I did not feel unwell at all, but when I went for a medical check before the start it turned out that I needed surgery. The treatment lasted three months and due to lack of time I was not able to oversee the work of the yard (360a3 Yachts SL, Nueva Dársena Pesquera S/N in Alicante).

The company that prepared the boat in Spain is still quite new and appears not to have much experience with this kind of work. They persuaded me that the paint they wanted to use was the right type of antifoul for the boat. It is actually really good paint, but it was never intended for my sort of situation. After returning to Russia, I started trying to find out why the antifoul hadn’t worked. I was able to speak to some people with a knowledge of the subject and find out exactly why the paint didn’t work and why the boat ended up with such a thick coating of barnacles that it was impossible to remove at sea. Without going into the technical details, this paint is designed for fast-moving boats and at the speed of my boat there was not enough water pressure to erode the surface coat. That’s what it was all about. Anyone who thinks it should have been possible to clean the boat at sea needs to speak to the project manager, who spent several hours cleaning the boat with a special tool and an industrial pressure washer.

QUESTION: Did the sponsor support your decision to start after the operations?

IGOR:IGOR: Before the race, my sponsor said he would accept whatever decision I made. I said I would race. The chance to participate in an event like this doesn’t come around every year and I was also aware that the man had spent a lot of money on the race and I didn’t want to let him down.

I didn’t suffer any health problems while I was racing, but in Australia, where I was preparing the boat to continue, the shore team invited me to see a doctor and it was found that I had an enlarged lymph node near my kidney. The Australians said they didn’t think it was anything serious, but there was a chance it was cancer and I was brought to Russia. Additional tests showed that it could be cancer. The doctors wanted to go for chemotherapy, but, thank God, they didn’t and I had surgery instead.

QUESTION: What was the outcome? 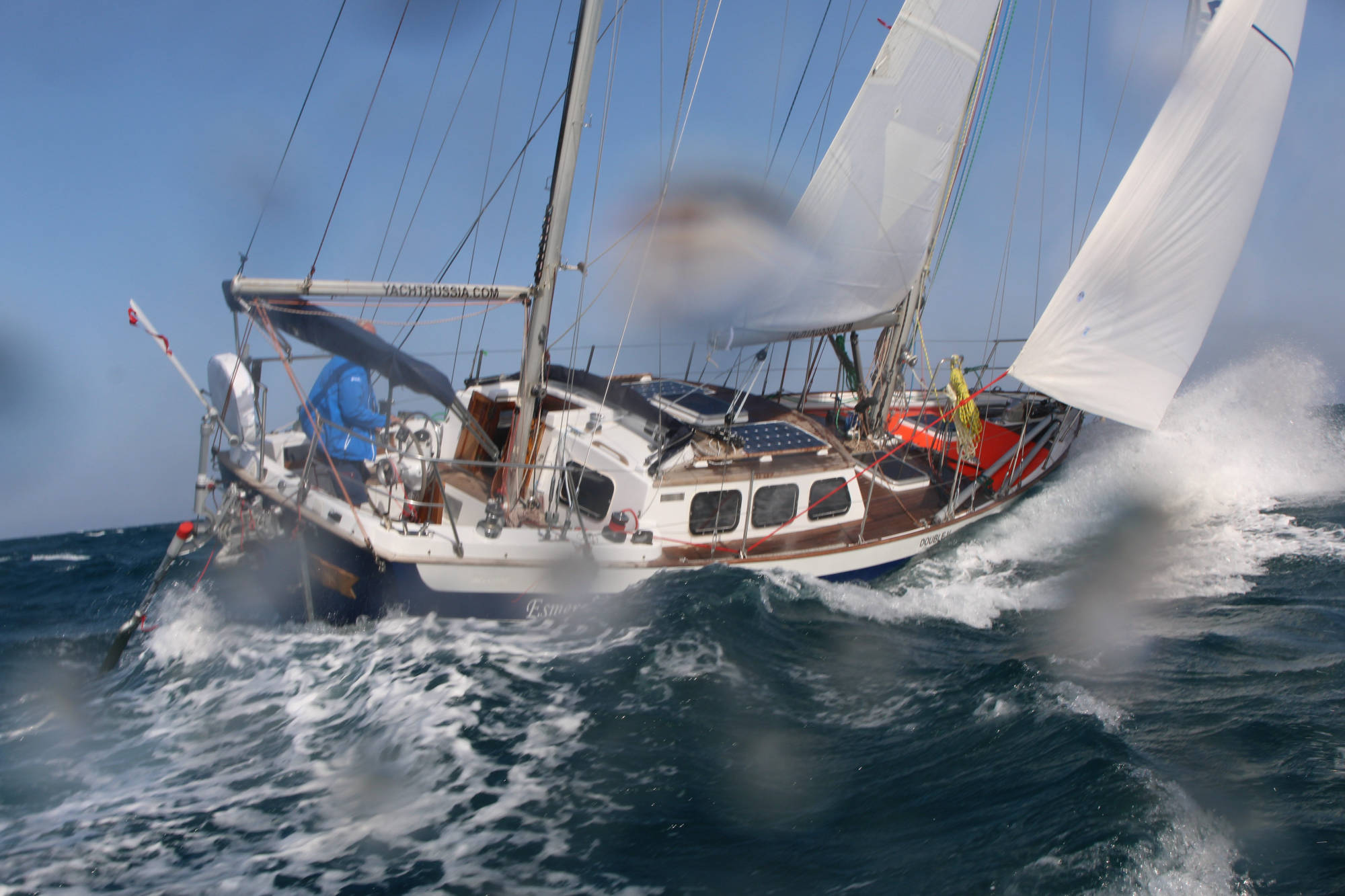 IGOR: In fact, it turned out to be a swab left over from one of the previous surgeries. when asked about my health problems, the shore team said nothing about it. It seems to me that once he had decided to leave the project, the sponsor made an effort to make me look a bit crazy. Ridiculous accusations appeared, such as that I had insisted on taking an excessive quantity of tools and spare parts with me…

QUESTION: Did you take a lot of food? 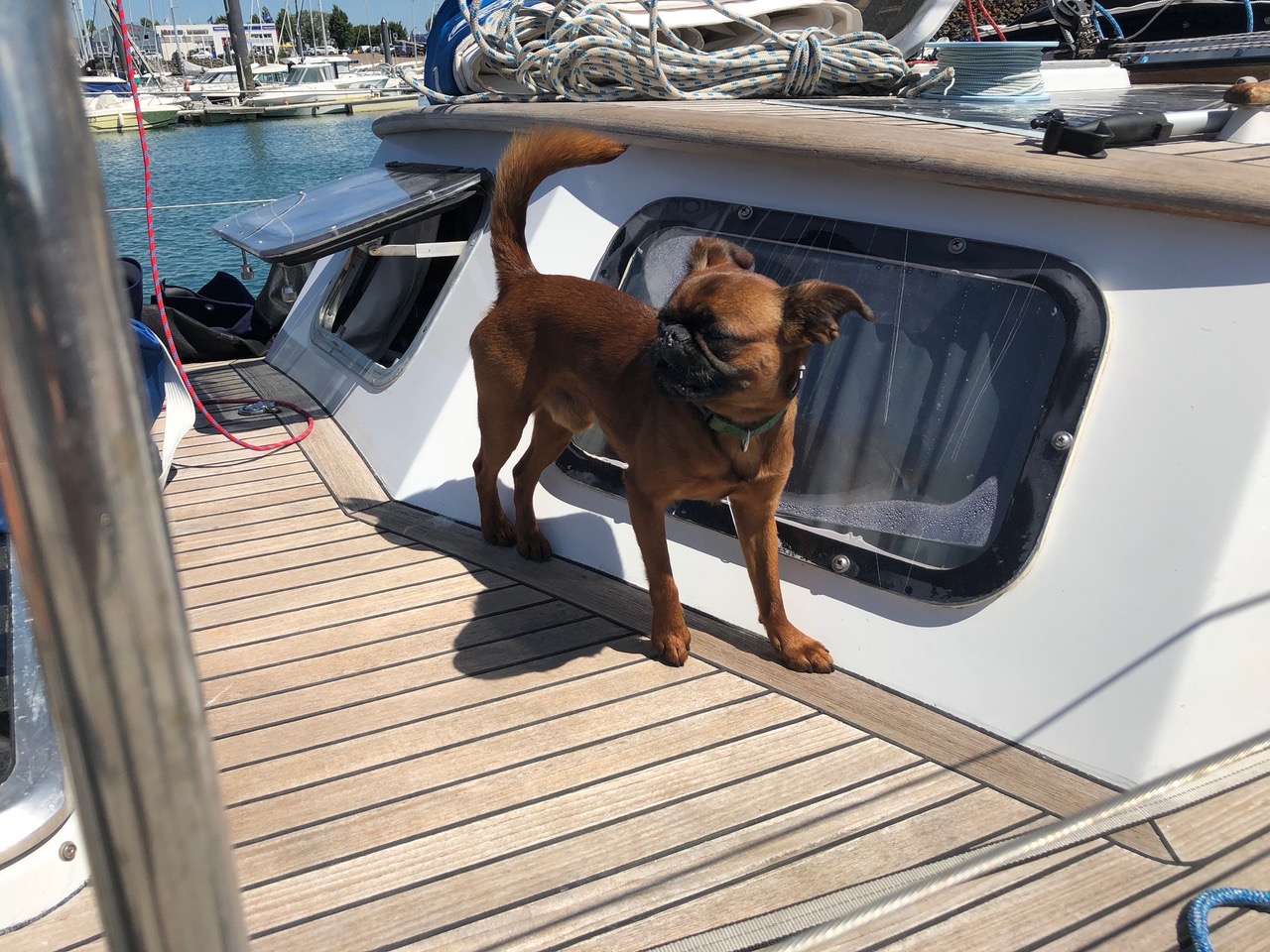 IGOR: The subject of food certainly came up. They said I overloaded the boat. When I asked the shore crew if they knew what would be an appropriate quantity of tools and spare parts to take, the answer was no. I’m an experienced sailor and have built boats myself, so I knew what tools I needed to have on board during the race.

Then, apparently, the sponsor realized that none of these attempts to make me look bad was going to gain traction and instead started claiming that the project was over because everyone had lost interest, not just in Russia but worldwide. I certainly didn’t notice anything to suggest this from the organising committee.

QUESTION: Speaking of safety, how did the shore team look after you?

IGOR: What do you mean? My safety was ensured by a team of radio hams. These are good professional guys. The radio team saved my skin more than once

QUESTION: You said the sponsor refused to give you the boat. They took it all away from you? 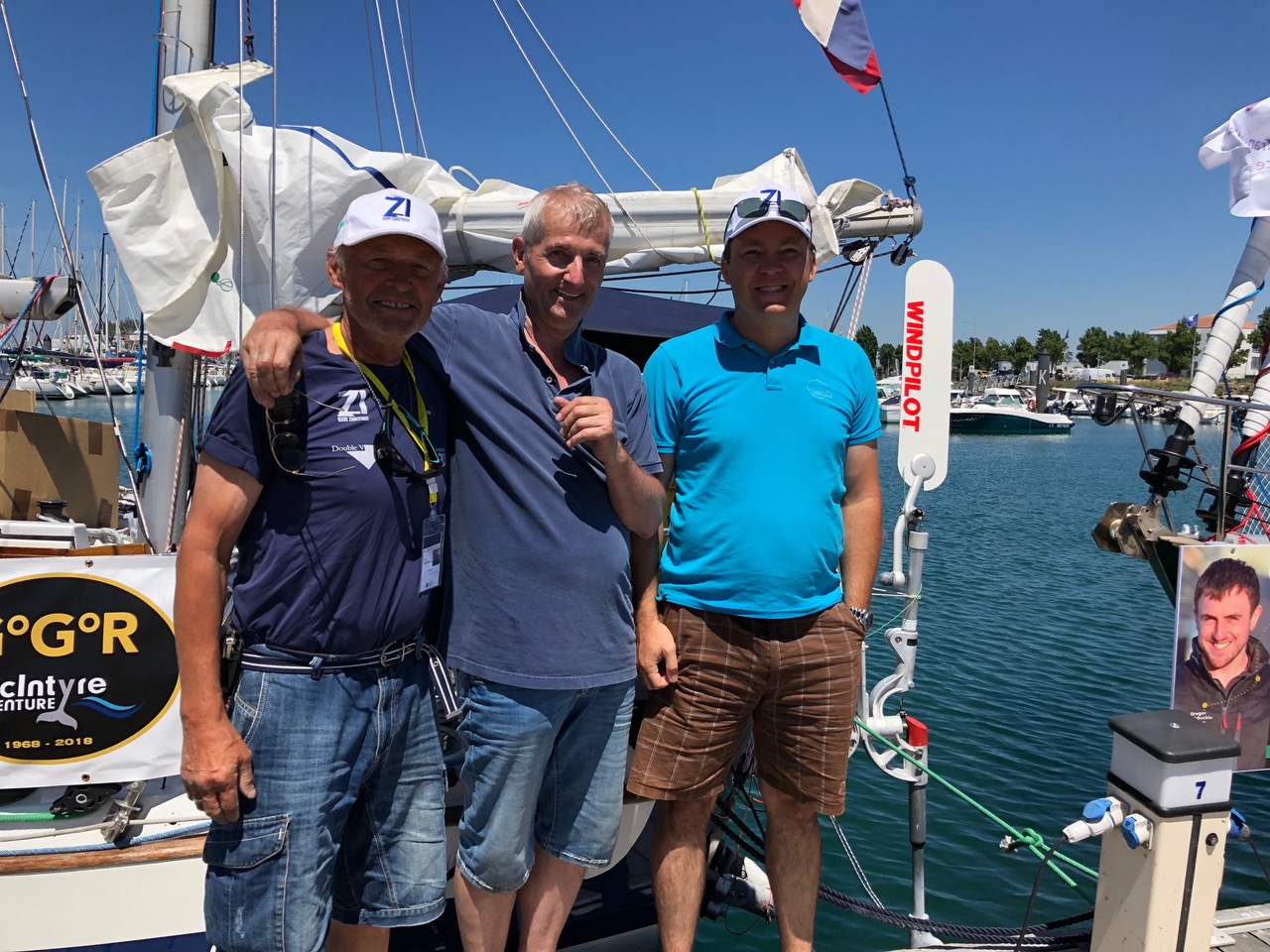 IGOR: Yes, because the boat was paid for by the sponsor. Although in one conversation about the fate of the boat he did say to me, don’t worry, it’s yours. But in the end, it turned out the way it did. They wrote me a letter saying that they couldn’t give me the boat for reasons of my “health and wellbeing”. The boat is now up for sale. I can have it back if I find a person or organization to pay it off, but the price is pretty high: € 280,000. And there’s still a lot of my stuff on the boat.

QUESTION: When we talked to you in Moscow in May after the press conference, a lot of people wanted to shake your hand, ask you how you were doing, ask you if they could help. Did anything come of that? 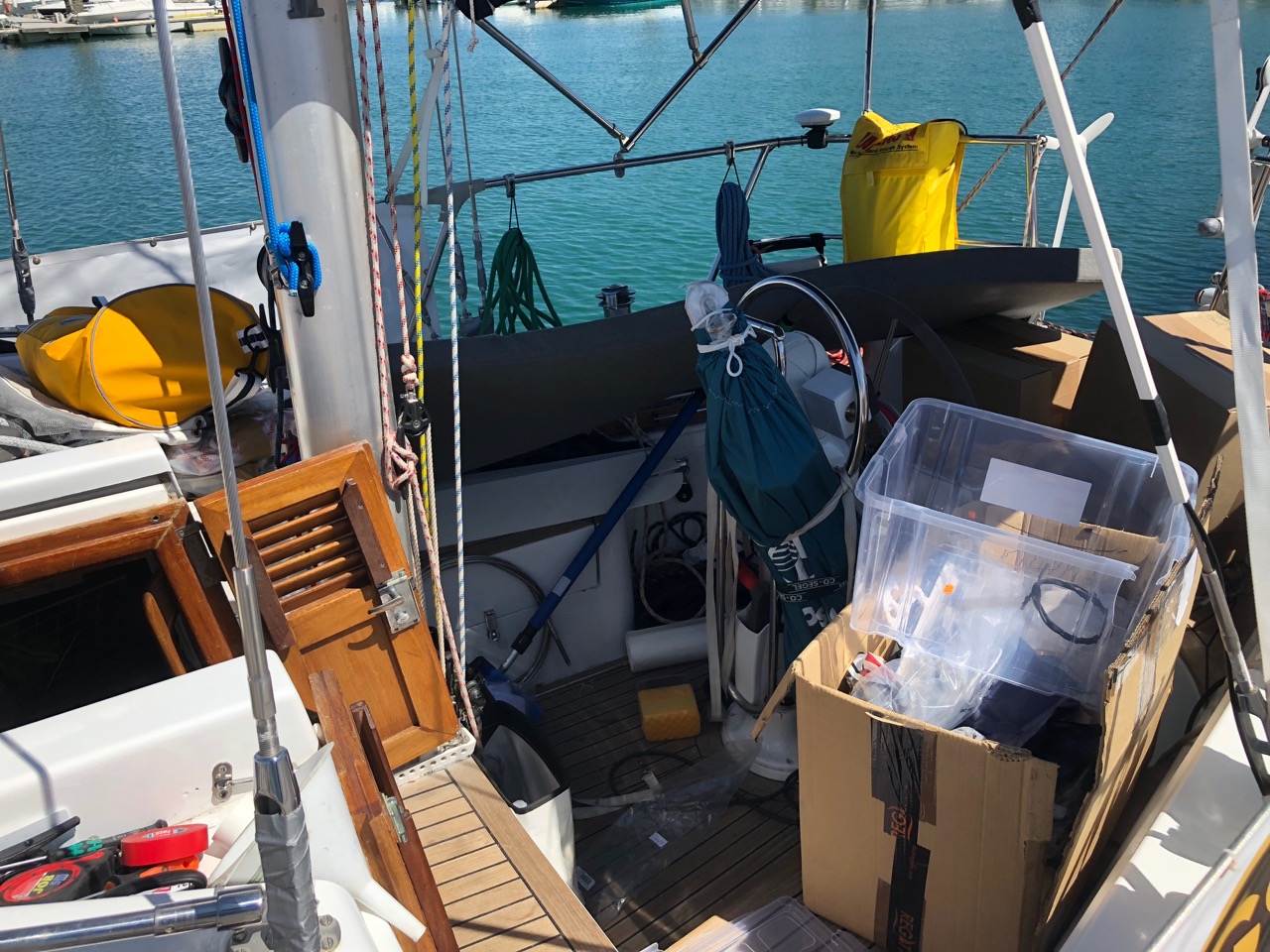 IGOR: You know, in my experience people who offer help in that way don’t tend to have money in mind and if it turns out that money rather than advice is what you really need, they suddenly don’t seem so keen to help after all. I have to say though that a lot of people did call, write and give me their support. I explained what I thought of the news that I was supposedly out of the race for health reasons in the Esmeralda OK community on Facebook, but the post was removed very quickly and I was banned. 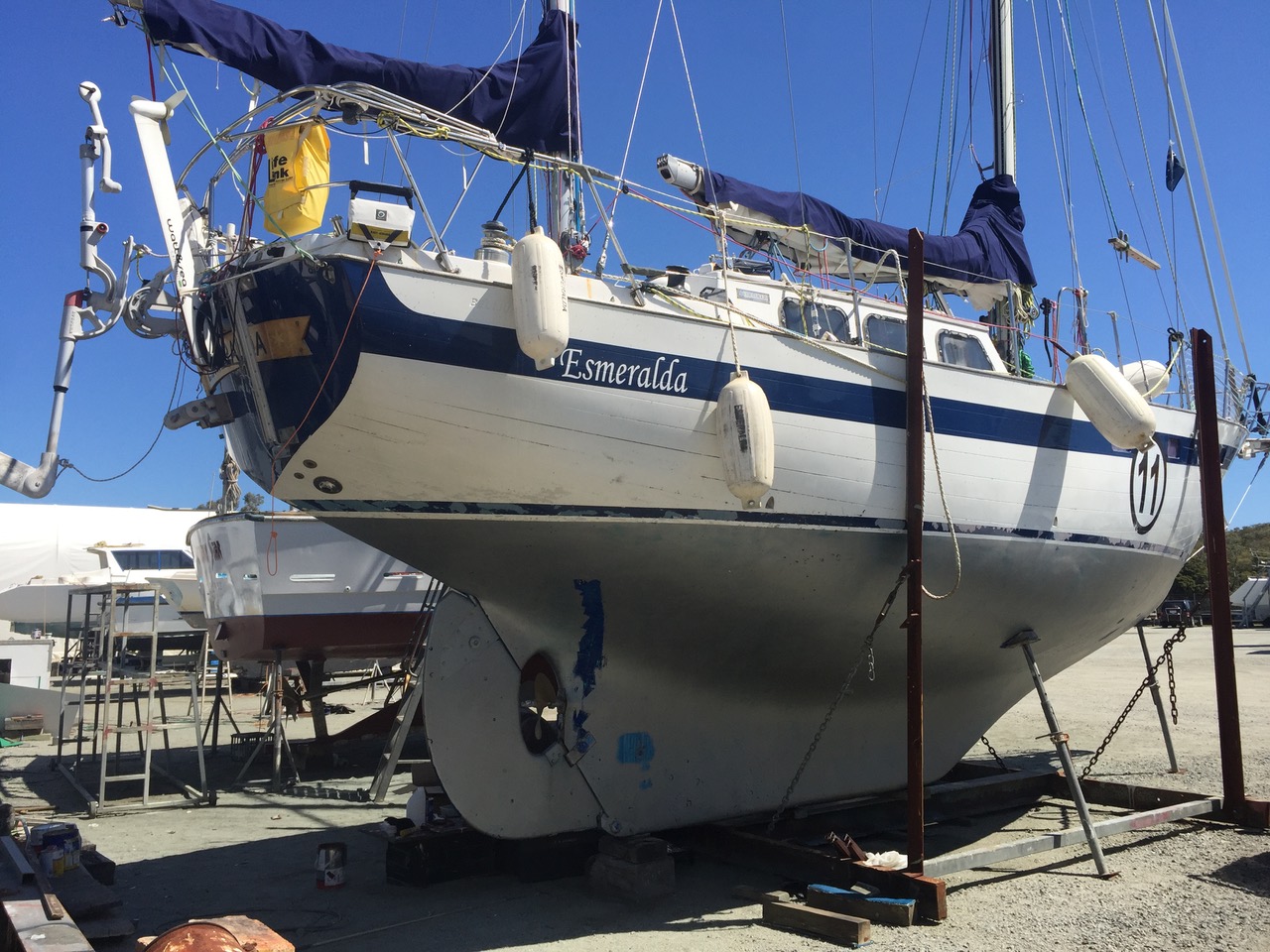 The latest from Albany is that Esmeralda remains ashore, untouched and apparently uncared for, at Emu Point Shipwrights. Boris Senatorov of YACHT RUSSIA confirmed in August 2019 that the boat would be coming back to Europe by November. A recent follow-up enquiry yielded an assurance that a professional crew would be flying out to Australia any day now to sail the boat back to Europe, where it was expected to arrive in March 2020 and then be sold.

Igor has apparently been offered the chance to buy Esmeralda for € 280,000. To put that in context, there are many similar Endurance 35s for sale online around the world with asking prices in the region of € 35,000.

YACHT RUSSIA estimates the total budget for the Esmeralda project at € 500,000.

It will be worth watching to see how the story unfolds from here on in, as Igor’s personal equipment and tools are still on board and he does not currently have the resources to fly to Australia and at least reclaim his possessions – not to mention my Windpilot gear and spare parts, which I have been assured will find their way back to Hamburg but which at the moment could still hardly be further away. I have submitted an invoice to be paid in lieu of the return of my property, but that too has not yet borne fruit. 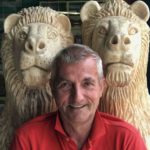 1 Response to Getting to the Truth