FROM BRITTANY TO THE CANARIES VIA SPAIN, PORTUGAL AND MADEIRA 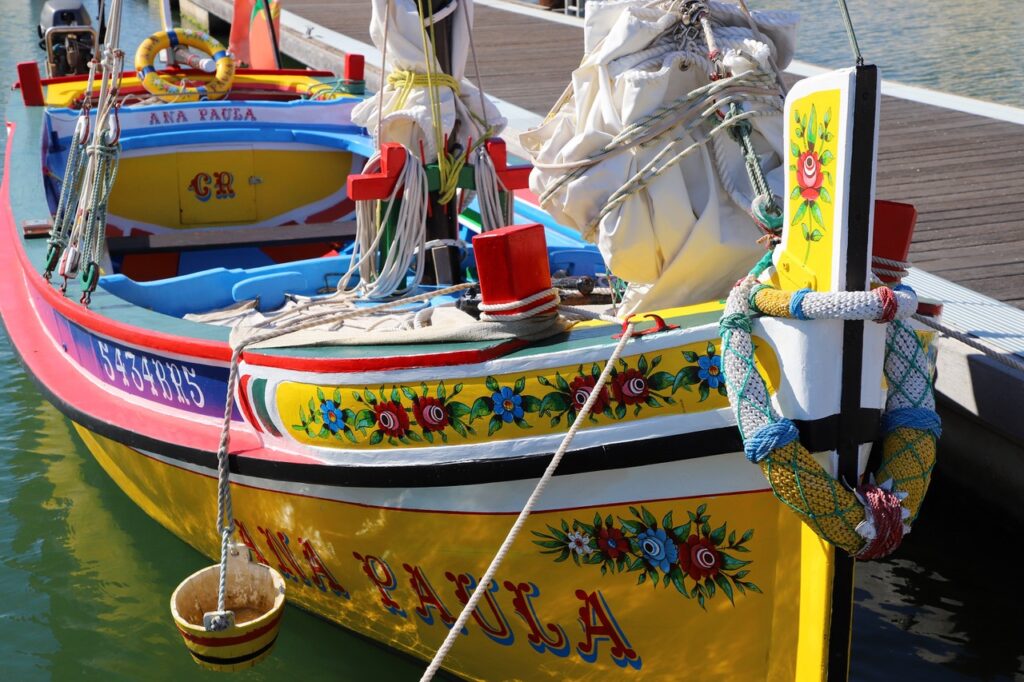 As we began to emerge from two years in the shadow of Covid, there was no doubt in my mind: time to be off with my second-best girl Gwenavel, ideally as far to the south-west as possible. Galicia, Portugal, Porto Santo, Madeira, The Canaries … Freedom … Space … A good breeze… Or maybe not. 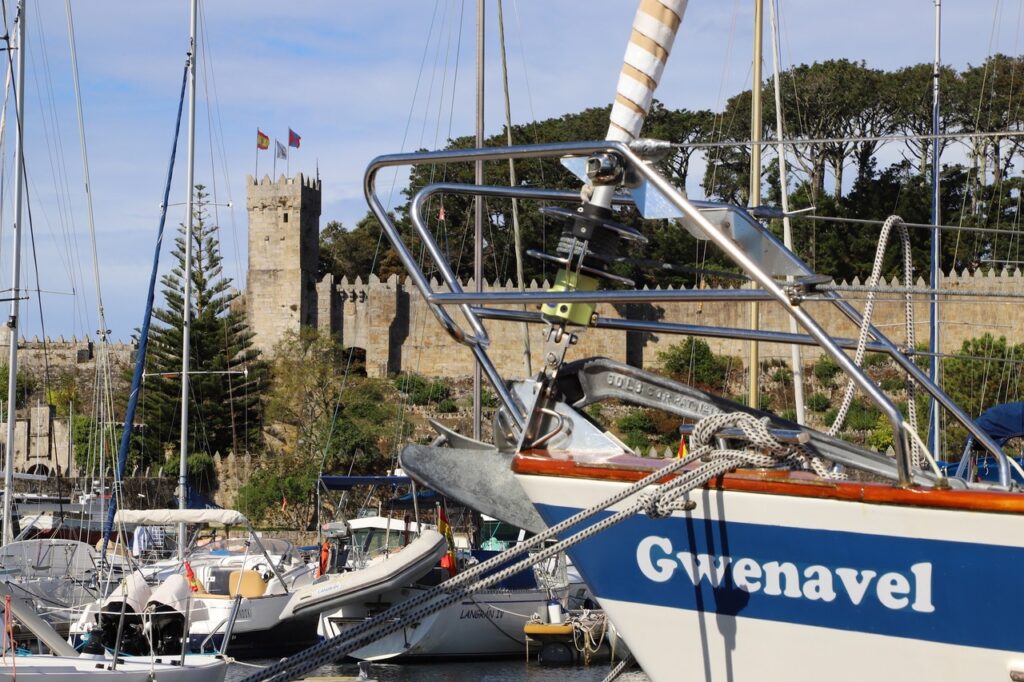 Having done the Biscay run 30 times now my principles on the subject are firmly established: allow twice as long as it ought to take, stick to the windows of more favourable weather and arrive safe and relaxed. Shifts in climate? Changing weather patterns? Who can say why it happened, but instead of the good breeze I was hoping for we encountered a succession of windless days punctuated by episodes of very light airs – and not just in the Bay of Biscay but also along the Portuguese coast, which, it being September, tradition says should have been enjoying a solid northerly. Had the lack of wind been accompanied by a flat sea, we could at least have motored in comfort but as it was we had a constant 2-3 m swell from the north-west pushed out by lows over the British Isles. 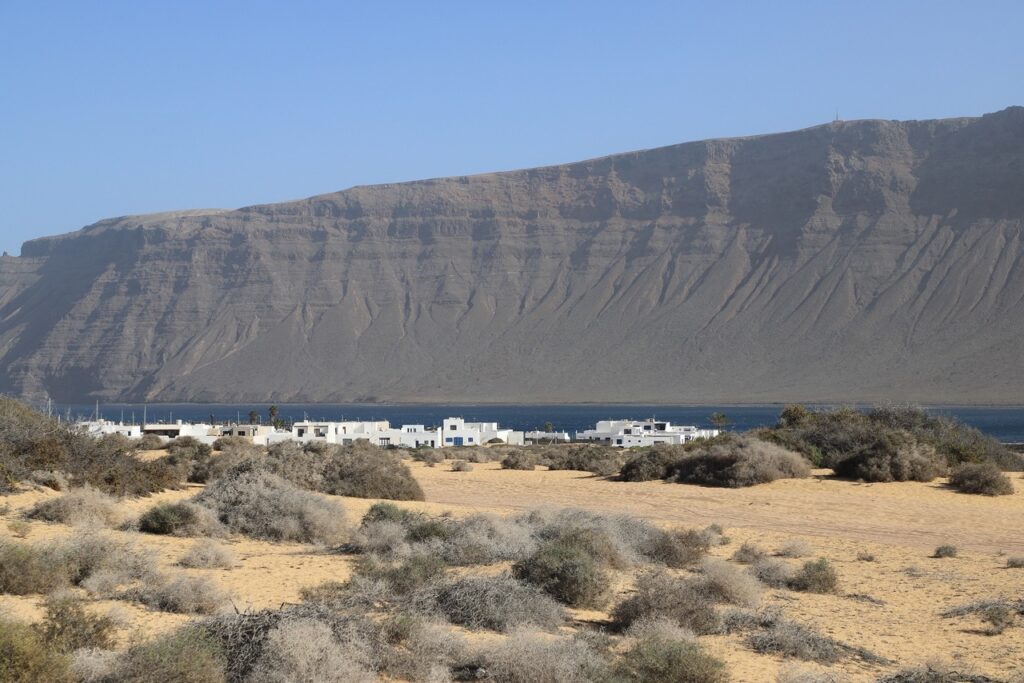 Most of the sailors who had made it to La Coruna, Porto and Lisbon seemed to have had the same experience: too much time under engine, not enough wind, hostile orcas and a shortage of berths growing steadily worse on the journey south. Even in La Coruna I couldn’t help noticing that there were at least as many Scandinavian boats on the pontoons as there were French, English and German combined. Coincidence? Covid may well have hit Scandinavian sailors even harder – and they also tend to have those generous options for sabbatical years…

Peter would have found the transom ornamentation to his satisfaction on about a quarter of the boats present, but the autumn of 2021 offered Gwenavel’s eminently capable steering assistant little opportunity to shine. Other crews had a similar tale to tell; indeed I hardly met anyone who did not complain of a lack of wind. (Note: Are you familiar with the “Windpilot paired with mobile electric autopilot” option for motoring days?) Reports of tediously calm days though pale in comparison to the horror stories being told of rudder damage. Some boats had “only” had their rudder blade nibbled by the orcas but in Sines, south of Lisbon, there were no fewer than four disabled yachts in port with either a severely disfigured rudder or no rudder left at all. Further information on this particular subject can be found

Do orcas have no appetite for servo rudders? Certainly I didn’t meet anyone during this trip who had had their Windpilot attacked by the toothy black-and-white menace.

There were still vacant berths to be had in a few ports by the time I reached the Algarve, but some were anything but relaxing places to be after dark because of the cacophony produced by the roaming hordes of Englishmen ashore, for whom a holiday apparently meant getting blind drunk and shouting nonsense in the streets all night (greetings from the world of football and cheap alcohol).

Unbelievably, the gods then sent a Force 5 from aft of the beam for the run from Lagos to Porto Santo: perfect for our tireless aluminium helper “Herrmann from Hamburg”. Unfortunately our luck didn’t last and we arrived to find more than 20 yachts at anchor in the outer harbour area or tied up to one of the few mooring buoys provided. There used to be pontoons available here but a storm in winter 2019-20 reduced them to matchwood and the recovery euros had apparently still not made it all the way from Brussels to Porto Santo by October 2021. (Note: most yacht harbours in Spain and Portugal are at least 80 %-funded by the EU.) 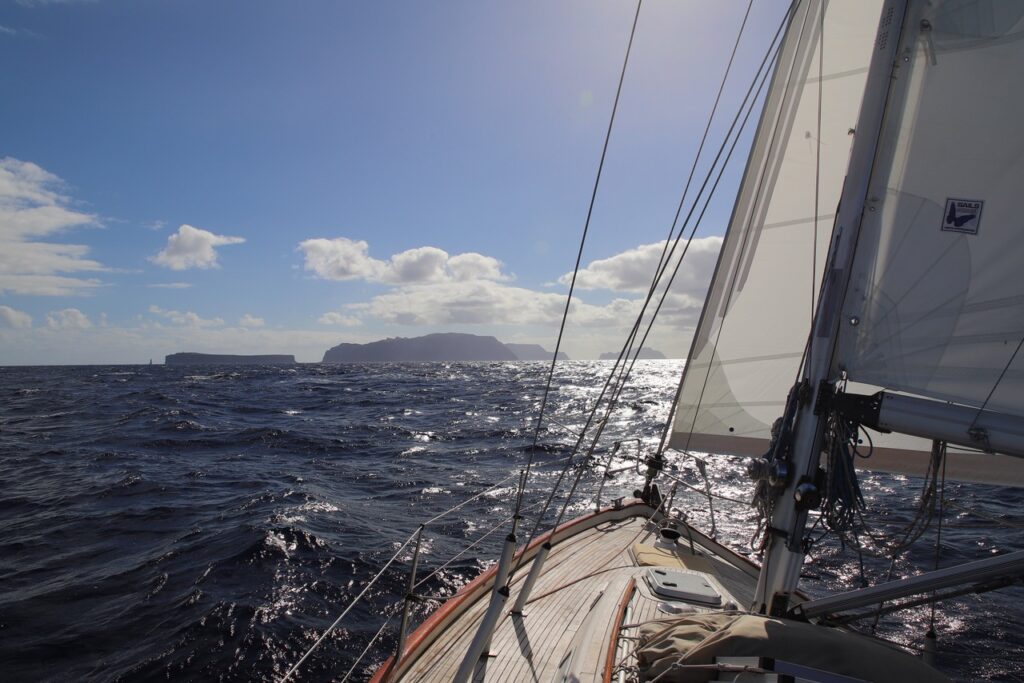 It would have been smarter not to anchor in the narrow outer harbour among all the boats that had arrived before us, more comfortable to spend a night of endless pitching and rolling outside the harbour than to risk a surprise collision in the darkness. Four successive nights at sea though can leave a skipper’s judgement clouded. Tiredness won out, sleep settled in and everything was fine for a few hours until the bow of a neighbouring yacht crashed into us. My mistake. I had allowed too much chain and our swinging circle was consequently too big for an anchorage that experiences brutal downdrafts. Minor GRP damage ensued.

The lack of berths caused us to call time on our stay in Porto Santo, originally planned for several weeks, after just the one night and move on to Madeira ahead of schedule instead. I really could/should have figured it out in advance: if Porto Santo was jam-packed, might it not also be rather busy on the big island just across the water? Exactly! The waiting list in Funchal was around two weeks. Quinta do Lorde, on the other hand, had just five boats waiting. We decided just to give it a try directly without calling ahead and were able to find a spot in a raft for the night. A second enquiry with the authorities in Funchal came up empty again: there would be no spaces until at least the end of the following week. They did mention that anchoring in front of the harbour was permitted, but with the 2 m swell running at the time that was hardly an attractive proposition. What now?

The plan called for three weeks in Madeira walking the trails and exploring the heights here, there and everywhere. Was that sufficient reason to spend ten nights (at least) sleeping in a bucking washing machine outside the harbour entrance? A decent northeaster had set in for a second time – ideal for the 300 mile shot over to La Graciosa island off the northern tip of Lanzarote – and I also had a reservation, confirmed three months ago, for Caleta de Sebo on La Graciosa. Too bad it was for the middle of December rather than next week. The evil spirits took their eye off us for a moment though and, thanks to the internet, I managed to bring the reservation forward a whole five weeks. Now we really would be able to make the weather window work for us.

Three days later we were tied up in Caleta de Sebo and could finally begin to relax properly. There followed a very enjoyable week and for the first time on the whole voyage, we actually had the feeling of being in the right place at the right time. As you might be expecting by now though, the idyll proved short-lived and by the end of the week, the ominous yellowy-grey tone spreading across the sky could not be ignored. The calima was coming!

The wind in The Canaries generally blows quite hard from the north-east, but heat-driven lows over the western Sahara can sometimes drag it round into the east. If the low is deep enough, the vortex sucks desert sand and dust up into the air and blasts it out towards the islands, where everything – and I do mean everything, above deck and below – ends up covered in a dreadful layer of dirt. We had Covid masks on board with us and soon enough we were wearing them even when sailing. Improbable as it may sound, in the thick of the calima it was impossible not to start coughing without one. There was so much material in the air that flights in and out of the islands had to be suspended at times to avoid damage to the jet engines. 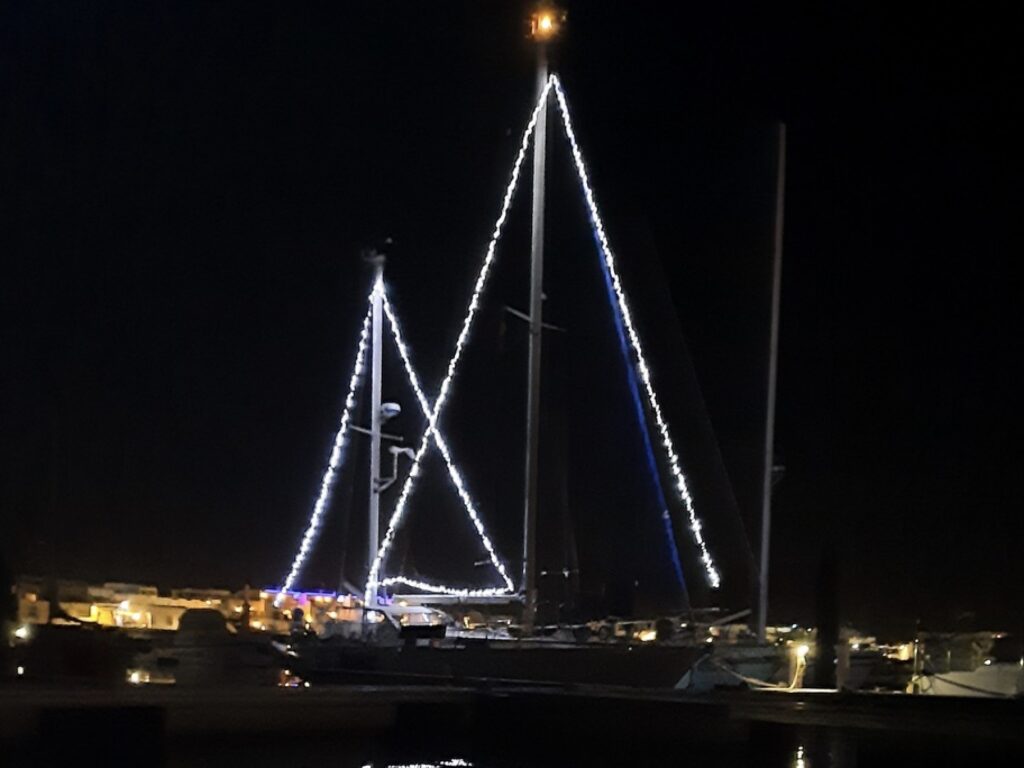 The calima cast a dark shadow over our fun for more than a third of the three winter months we spent around La Graciosa, Lanzarote, Fuerteventura and Gran Canaria and it was not until we reached La Gomera in March (and a berth we had reserved three whole weeks in advance) that our dreams of passing the winter relaxing in a mild climate really began to become a reality (that my ageing knees found the often breathtakingly beautiful mountain walks hard going I can blame on neither the calima nor the other unforeseen frustrations that intruded). 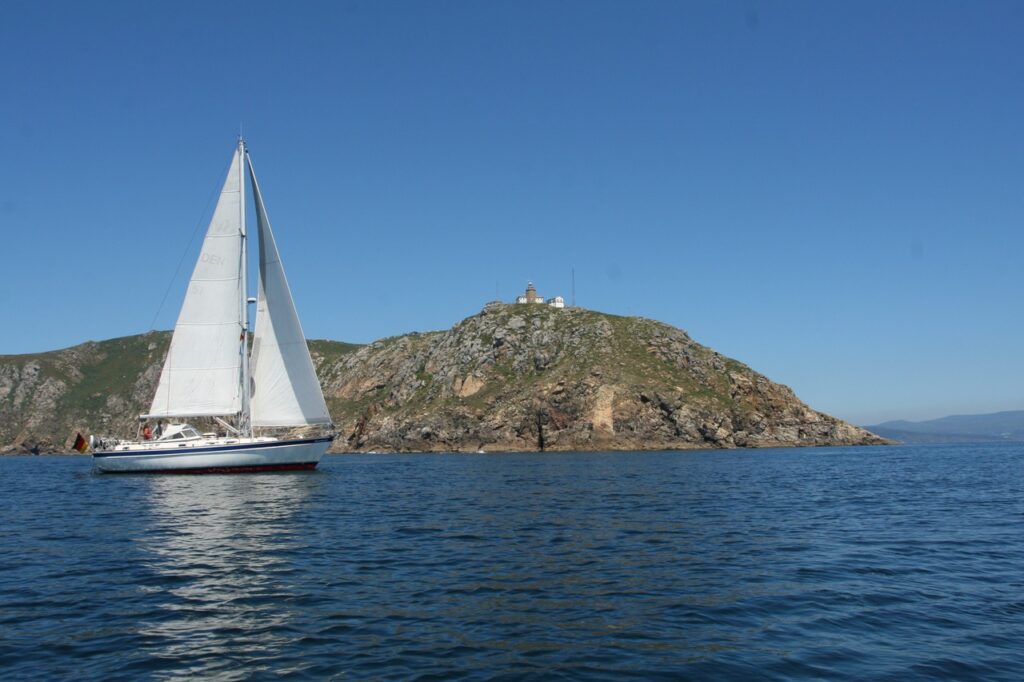 I could write more about the trip home and about how there was again more swell than usable wind on the way back to Galicia, but who would want to read that? Who would even believe it? Anyway it matters not: the beauty of Galicia’s ports and anchorages would quite possibly suffice on its own to justify the effort it takes to reach them and once we add grilled sardines, pulpo gallego and pimentos do padron (washed down with chilled Albariño) into the equation, the case is compelling. Perfection eludes even Galicia of course: it sees plenty of rain even in the summer and seems to be almost as prone to fog as the English Channel. Even my home waters in Brittany usually enjoy better weather in high summer than this particular corner of the Iberian Penninsula. 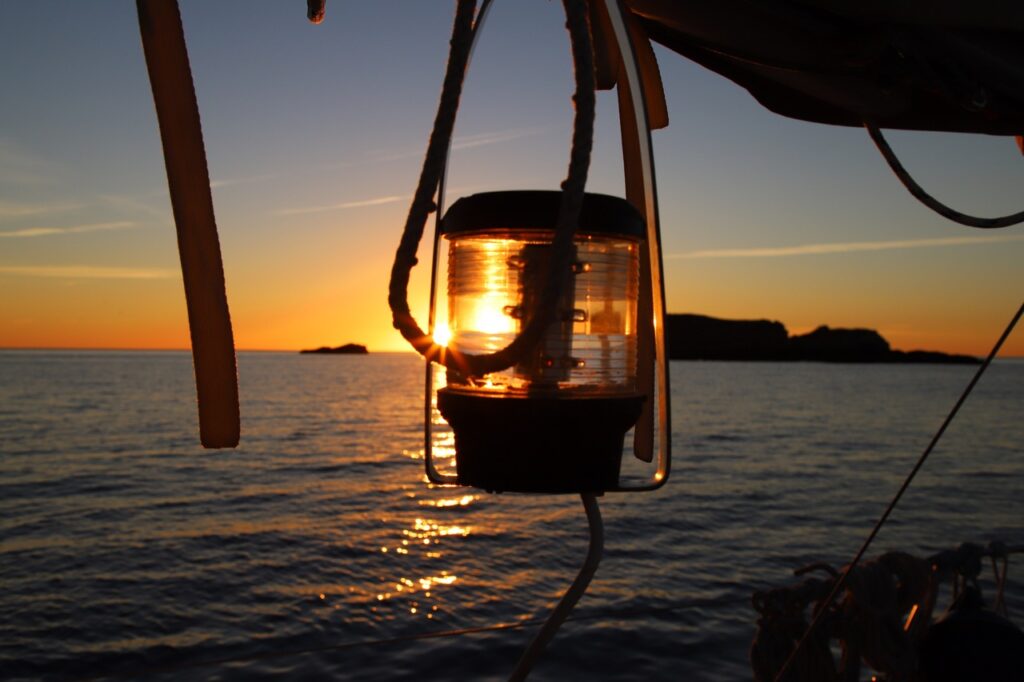 Nevertheless, the air between Stornoway, Galway, Brest and La Coruna is always fresh, the wind forecast is generally reliable (what more could a sailor ask for) and there is no need to reserve a berth anywhere. The eating options may be sparse in the far North, but the coast from Ile d’Ouessant to Cabo Fisterra is not far short of a culinary paradise.

What of points southwest, south and southeast of Lisbon? I have seen enough of them for now! 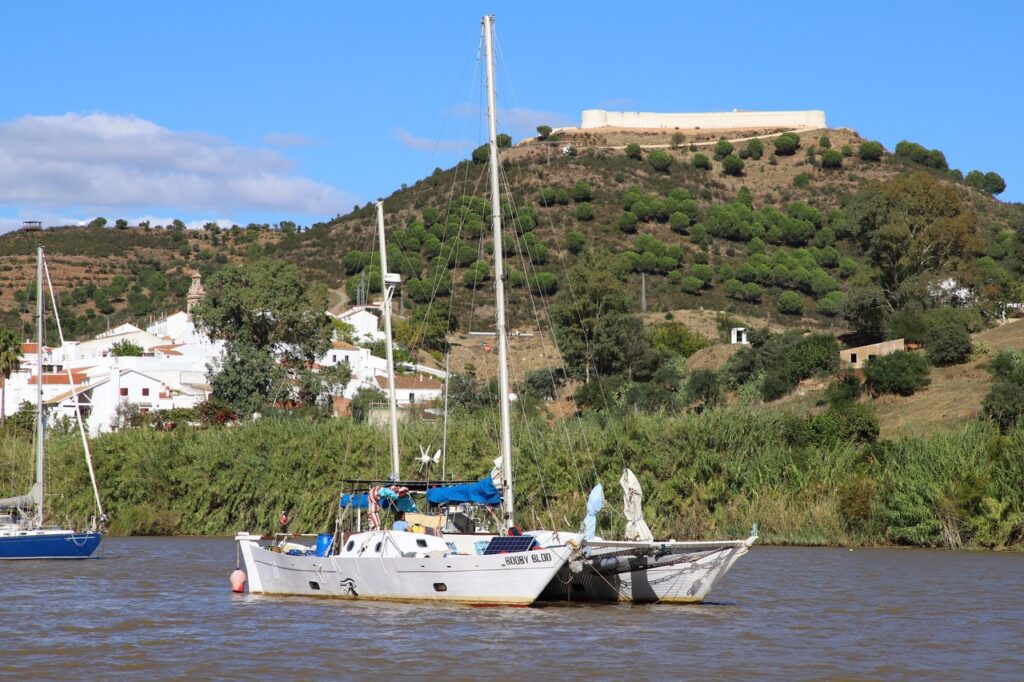 Sailors who have come to know the islands of the French Atlantic coast reasonably well might easily be tempted to consider a base further out into the Atlantic. As anyone who takes the idea seriously enough to make enquiries will soon realise, however, the notion is perfectly impractical: the waiting lists are ridiculous!
Sailors’ greetings from the Golfe du Morbihan in South Brittany
Wilfried Krusekopf  Gwenavel 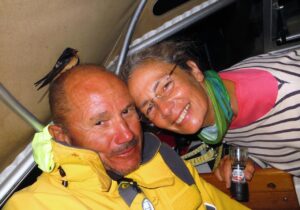