THE ROOTS OF WINDPILOT 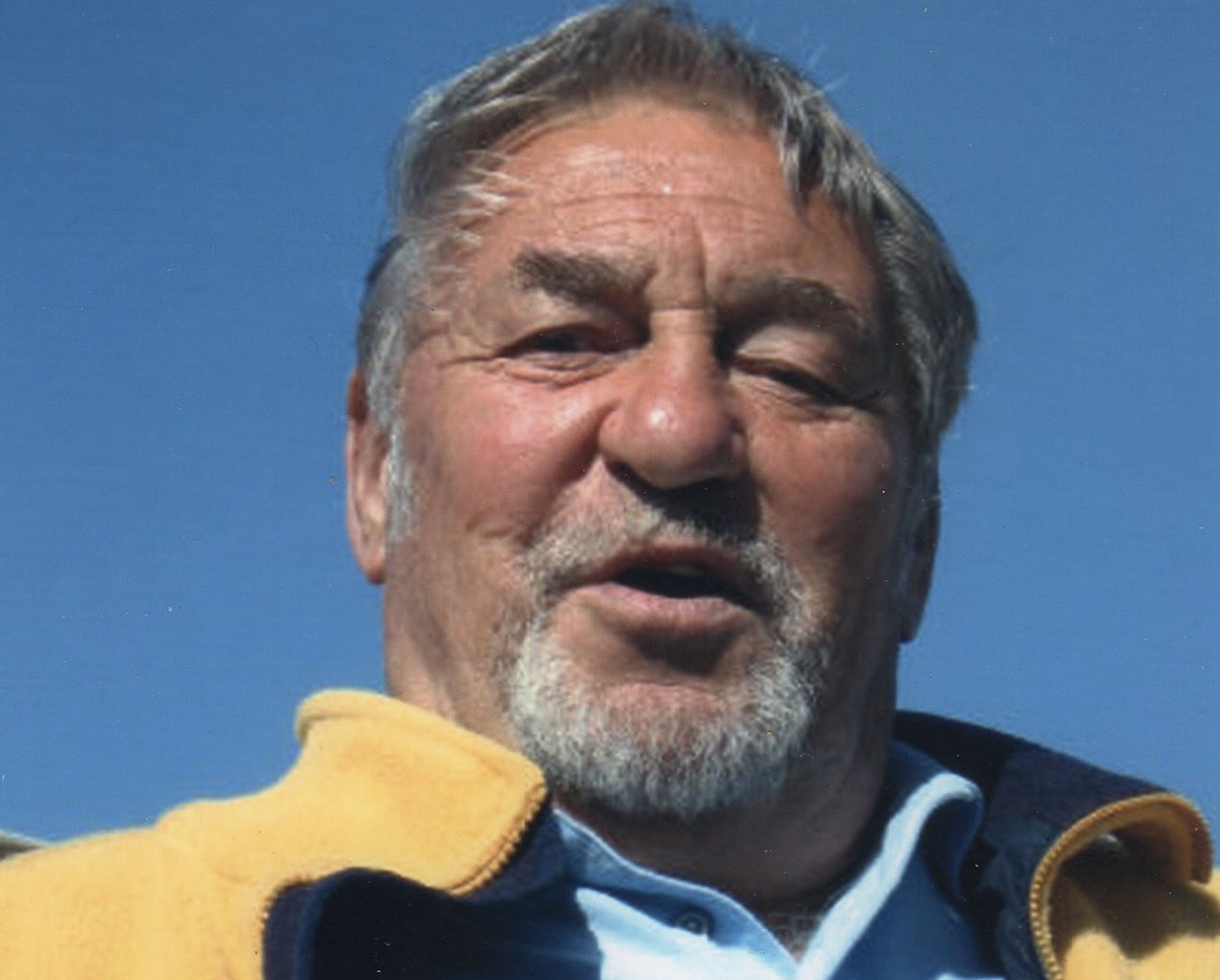 The news of the untimely passing of my friend Brian Meerloo a few days ago has cast a long shadow over Windpilot HQ. “Mr Cobramold” died last Saturday, the 9th of November 2019.

Soul mates (as Brian put it) through and through, we had some great times together, from meeting over a beer in Maspalomas de Gran Canaria to hanging out at his house in Epping in the UK (with just a child’s bed in the guest room – ideal for my 6′-plus frame), and remained close over the decades even as the opportunities to meet up in person grew fewer.

Astonishingly, I had known Brian for many, many years before I found out – from Kevin Gilroy, editor of the UK Leisure Owners Association newsletter – just how closely entwined our fates actually were. It was Kevin’s input that inspired me to write my article about the English roots of Windpilot, a process that gave me goose bumps. The article appeared on the blog in March 2014. Brian himself never made a big deal of his instrumental role in the early development of Windpilot.

Brian truly was a “larger than life” character, well suited to the “wild west” nature of post war GRP production which provided him with a 30 year business career that was sometimes highly rewarding, sometimes desperate, but always exciting.

After leaving school, Brian learned much about the “new” fibreglass moulding techniques at Ashley Laminates, producers of car parts and kits for GRP bodied sports cars.

By 1959, Brian had set up Cobramold with 4 other founding directors, Colin Ashwell, Roy Ballard, Bob (RE) Braine, and Gary Blake, each putting in £300.

Manufacturing was carried out in an ex wartime Romney shed on Stansted Airport. The original product was the semi transparent GRP, log fire
cover, mounted on early electric fires. Talcum powder in the resin mix provided the burning log effect! Domes and minarets for the crumbling Brighton Pavilion followed, until in 1964, Cobramold moved into boat building and produced the revolutionary 39 foot long, “Caribbean” Norfolk Broads Cruiser.

Shortly afterwards, Arthur Howard turned up with his plans for a pocket yacht, a 17 foot trailer sailer and the Leisure 17 was unveiled at the 1967 London Boat Show at Earls Court. The ready to sail price was £495 – same price as a new BMC mini.

The following year a German merchant officer, John Adam, crossed the Atlantic single handed in a Leisure 17, appropriately named “Eve” and Cobramold hit the headlines. Before John Adam set off, he and Brian worked on an early, wind driven, self steering device.

On his return, following detention in Cuba (another story), John Adam further developed the steering device. He then swapped the designs for a yacht, with Peter Foerthmann who launched the world famous Windpilot.

Brian was joined at Cobramold by his brother, Peter, and over the next twelve years, Cobramold expanded and built bigger yachts; the L20, L22, L23/23SL, L27 and finally the L29.

By 1979 Cobramold was at its zenith, with yachts being exported all over Europe and a subsidiary company, “Leisure GMBH”, was established in Germany in a new marina at Schleswig on the Baltic.

Brian had become concerned over the finances at the German subsidiary. He flew over to investigate and found that a very large sum of money had been siphoned from the accounts.

The money could not be recovered and the subsequent unpaid debts brought Cobramold to collapse in 1979/80. It was a personal disaster for Brian.

Tom Winyard of Brinecraft took over the production of the L17 and L23 which continued through the 1980’s. Brian continued with sailing, but now as an owner, in his favourite yacht, the L23SL with the modern “wedgie shaped” cabin top – Last Minette. The “wedgie shape was” Brian’s design. 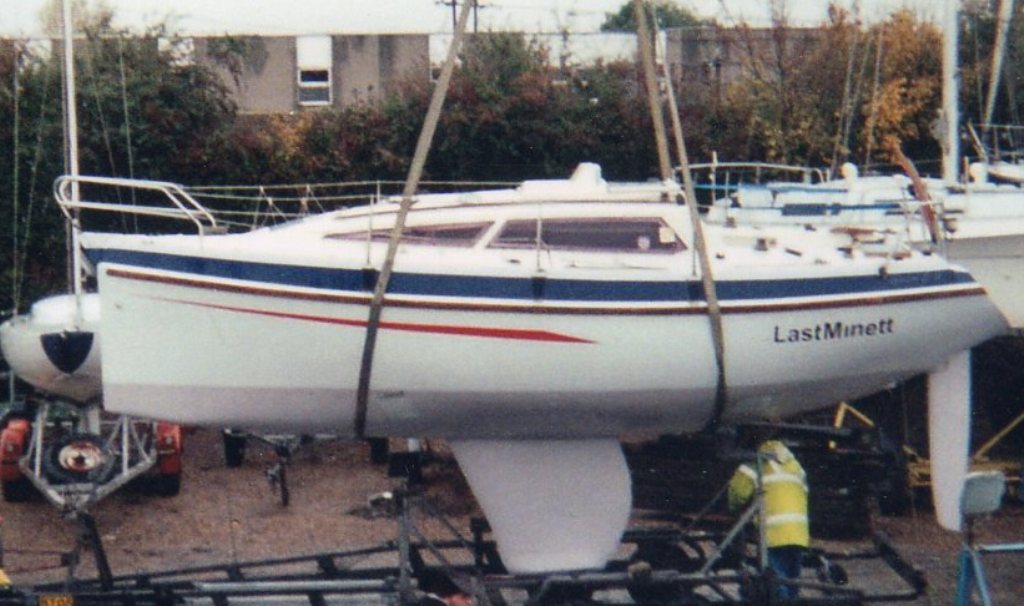 Brian sailed from Rice and Coles yard at Burnham on Crouch, all along the East and South coast until ill health forced the sale of Last Minette.

In 2003, a young Ellen MacArthur publicly thanked Brian in her book “Taking On The World” On her return after finishing second in the Vendee Globe single handed race, Ellen was delighted
to find that Brian (in a typically generous gesture) had arranged for her 21 foot Corribee “Iduna” to be restored as new.

For many years, with his second wife Carole, Brian lived quietly in Epping. One of his passions was an amazing collection of very large Koi Carp which he bred in a pond which seemed to occupy much of the rear garden.

Brian also took up painting and took great pleasure in producing hundreds of hand painted flower pots which were sold for charity -all proceeds going to the St Clare Hospice at Hastingwood in Essex.

Despite ill health, Brian still managed to attend some Leisure Owners functions and AGM’s, when he was greeted with great affection.

A year ago Brian seemed to have made a good recovery, so it was with some surprise and much sadness that we learned he had passed away, at the St Clare Hospice which he had long supported.

The condolences and thoughts of all sailors and Leisure Owners are with Brian’s widow Carole and all the family.