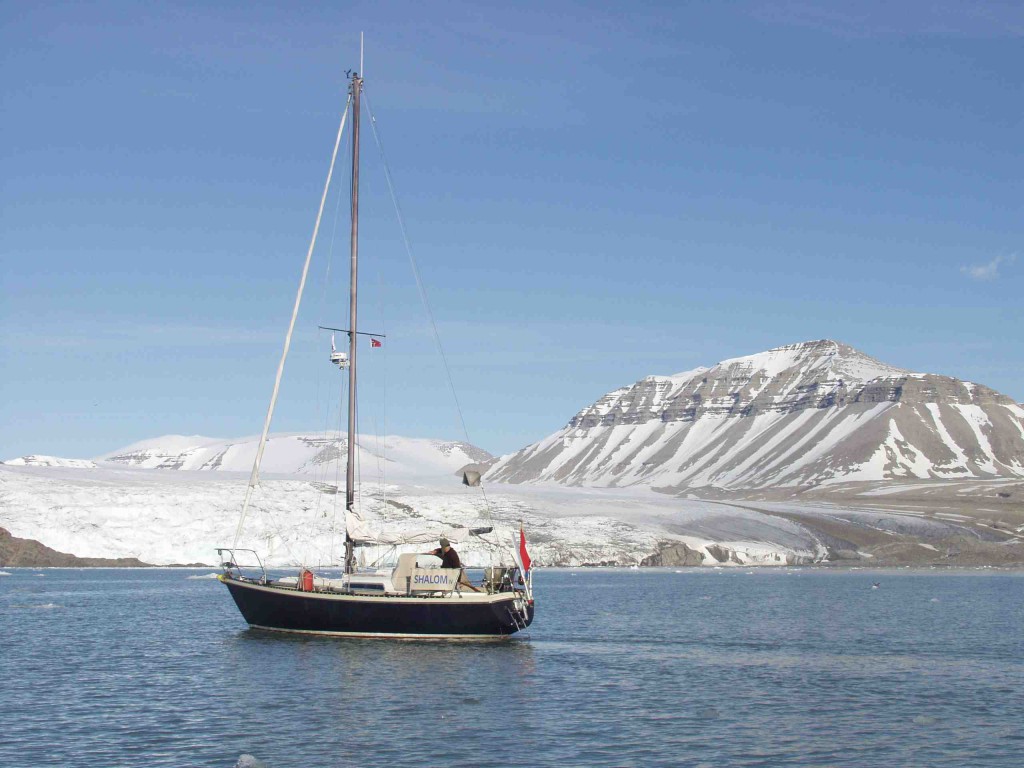 Dutch Victoire 933 sails to Spitsbergen (Svalbard)
The Dutch author of many books on sailing Ben Hoekendijk celebrated his 70th birtday and boarded his Koopmans designed Shalom IV, a Victoire 933, to sail single handed to the Lofoten and Spitsbergen. He writes:

The Lofoten are named ‘the Norwegian crown jewels’. They are situated 150 kilometers above the Polar Circle and consist a string of steep islands. I sailed single Handed to this sailors paradise and from there on with my son and later another friend as crew over the Barentszzee to Spitsbergen and back to Holland. The whole three month trip covered 3926 seamiles. My boat is 30 years old and sails like a baby. On my solotrip to the Caribbean some years ago my motor broke down mid Atlantic (without electricity for 850 mile), so I installed a new Yanmar three cylinder diesel for this arctic adventure. And I needed it, because the winds were north from the south of Norway all the way until Spitsbergen. Only on the Northsea and the Barentszzee I could sail wonderfull, while my cherished Windpilot steered. A narrow escape when I slept and almost ran into a tanker made me unsure about crossing long distances within Europa single handed. 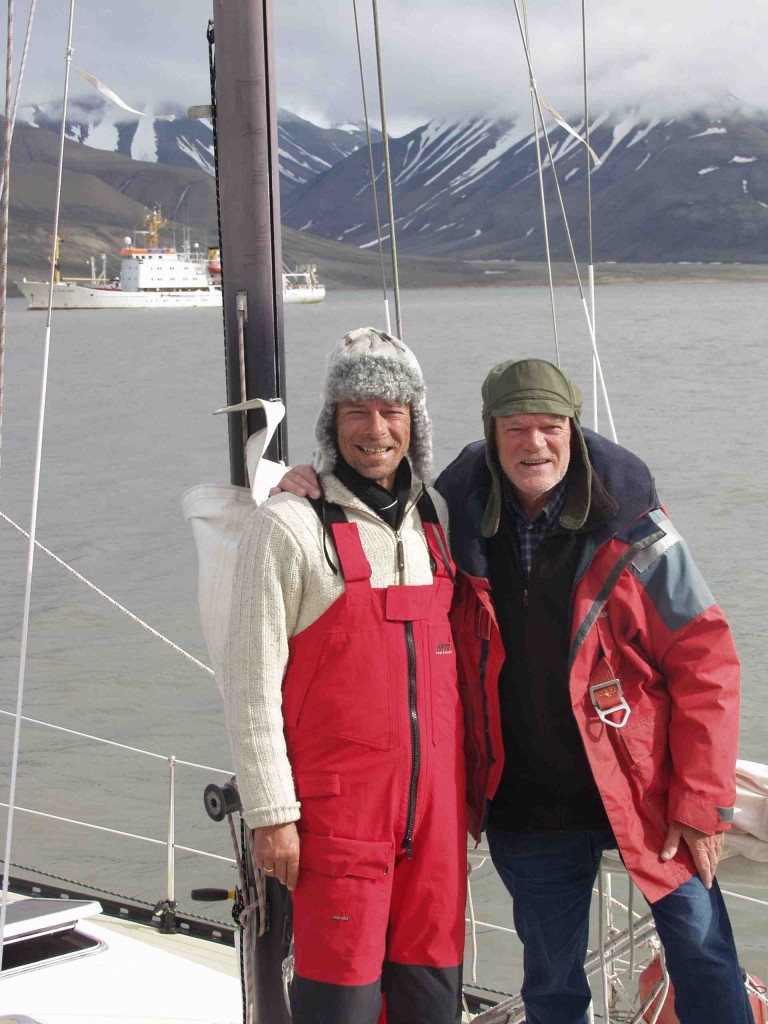 Norway is a wonderfull sailing ground, with fantastic nature and nice people. In the Lofoten a cameracrew from a Dutch television station boarded Shalom IV and produced a breathtaking film. We caught enormous fish and enjoyed the islands. In Tromsö we rented a gun as the Sesselman demands and headed due north. The pilot says the island of Bornoya halfway to Spitsbergen is a blessing for sailors. We could ancher there and get sleep and warmth as the average temperature was 6 degrees. We spotted many whales and dolphins and visited a whaling station from 1908. By the way: The Dutch explorer Wilem Barentsz gave the name to Spitsbergen (steep mountains) in 1596, while the Norwegians speak of Svalbard (cold coasts).

One of the problems of this sea are the trees that float around and you cannot see them from afar. They drift from the rivers of Siberia and keep you wide awake! Ed Meegens, a Dutch solosailer, got caught in the ice close to the Sörkap and was saved by the coastguard. He warned us, so we took a big detour around Sörkapp and headed for Lonyearbyen, the only ‘town’. From there we visited Billfjorden where we approached the wall of snow and ice very close. The deserted Russian minetown Pyramiden where twothousand people lived before 1998 was an unforgettable stop, also because we found a sauna, where my son and I sweated while it was just above zero outside.

The trip back was heavy. Gribfiles are here, 500 miles from the Nortpole, unsecure. We got force 7 while 4 was predicted. But the boat behaved greatly. Of the long trip back I only mention the last day. We approached the Friesian coast, with just twenty miles to go to Vlieland when the (new) motor stopped. As tacking in the shipping lane is probibited we asked advise from the Dutch coastguard. They sent the Terschelling lifeboat who approached us in the middle of the night with 50 knots (!) and brought us safe in the harbour. The problem: bacteries in the dieseltank. Since that time this problem haunts me in spite of all the precautions. But this ‘arctic adventure’ with my son was unforgettable.