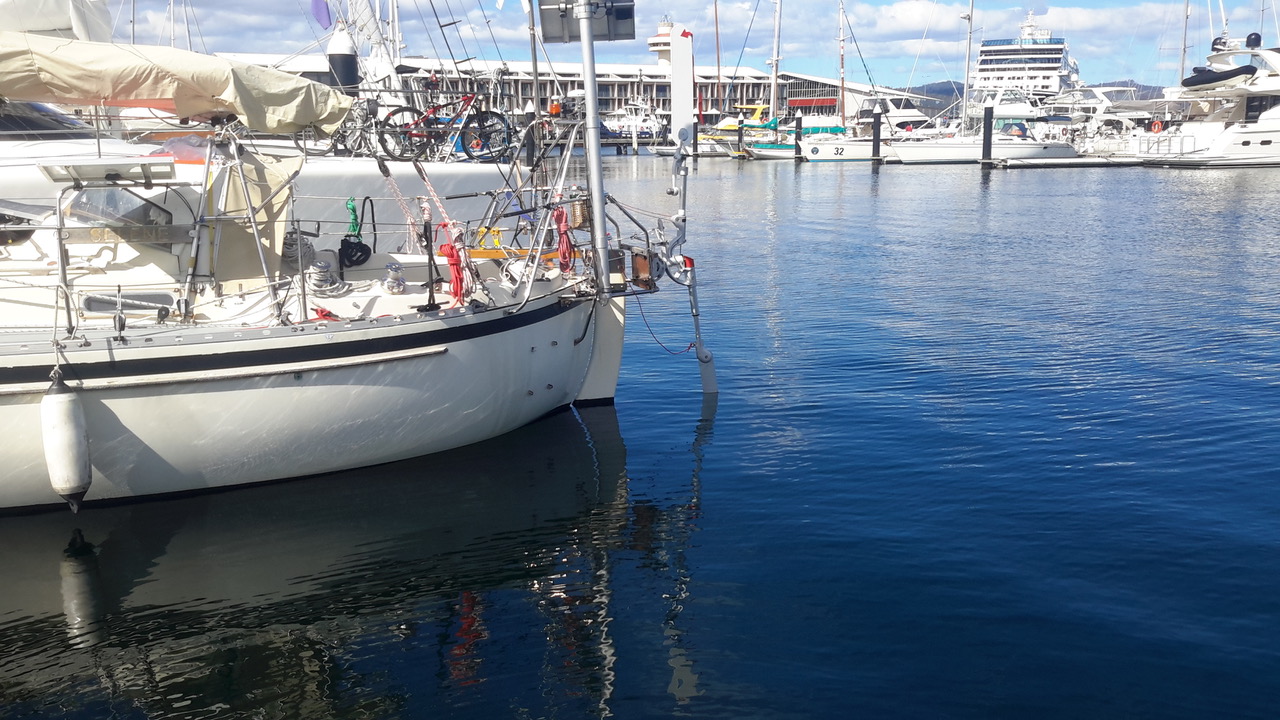 Good morning Peter!
Hope this letter finds you well. I’m the swedish yachting journalist who pestered you with questions regarding wind vanes some while ago. Anyhow, here is an unusual question for you:

How long would it take to ship a Windpilot to Tasmania?

The backgound: My good friend and fellow club member Kjell Litwin has been forced to make an unplanned call at Hobart/Tasmania on his attempted non-stop-circumnavigation. Kjell is not participating in the Golden Globe Race, but sails along the same route outside of competition. At 71 ears old, he is certainly a very accomplished and skilled sailor, with one circumnavigation to his name already, but along a more leisurely route. However, he has run in to some trouble in the Indian ocean that he cannot solve out at sea. Firstly he unexpectedly run out of fresh water. He has since then collected rain water and was also assisted by Istvan Kopar of the Golden Globe Race, a bit of mid Indian ocean drama that can be read about here: https://goldengloberace.com/istvan-kopar-aid-solo-yachtsman/,. Furthermore, his boat’s underwater hull is covered in goose barnacles and, most importantly, his home built wind vane self steering has broken down beyond repair. I am now in contact with some good people at Royal Yacht Club of Tasmania and they have assured me that they will help him out. I have now taken it upon me to organize as much as I possibly can to prepare for his stay from my desk here in Stockholm, in order to make it as short and inexpensive as possible. he is now at 103 degrees 16 minutes east, on Hobart’s lattitude, which is just over 2 000 NM from Hobart. As he is severely slowed down by the barnacles, I expect this will take him between 20 and 30 days.

Right now, I’m trying to locate a second hand self steering unit for Kjell to pick up at Hobart, which would definately be easier on his wallet, but as I realize this is a slim chance, I will now turn every stone in search of a solution. Hence my question: how long would a shipment to Tasmania take, and what would be the cost of unit and shipment? Kjell’s boat is a Vagabond 31, long keeled and double ender (as I’m sure you know, since you seem to be familiar with all swedish sail boat constructions!). I am assuming that a Windpilot Pacific would be the right choice for him, but you might be able to correct me on that. I am also aware that whatever unit he ends up with his boat will need some sort of structure to support it aft of the rudder, but I seem to remember he already has that, for his old unit.

Anyway, there you go! A long shot and, as I said, turning every stone. I’t may well turn out that a local solution will be more practical than sending a unit from Germany, but at this stage I want to keep all possibilities open.

Thank you in advance and have a nice weekend!

I hope to arrive in one piece in Stockholm but a lot can go wrong it is still about 15 000 M to go. Yes, I enyoj every second out there.
/Kjell