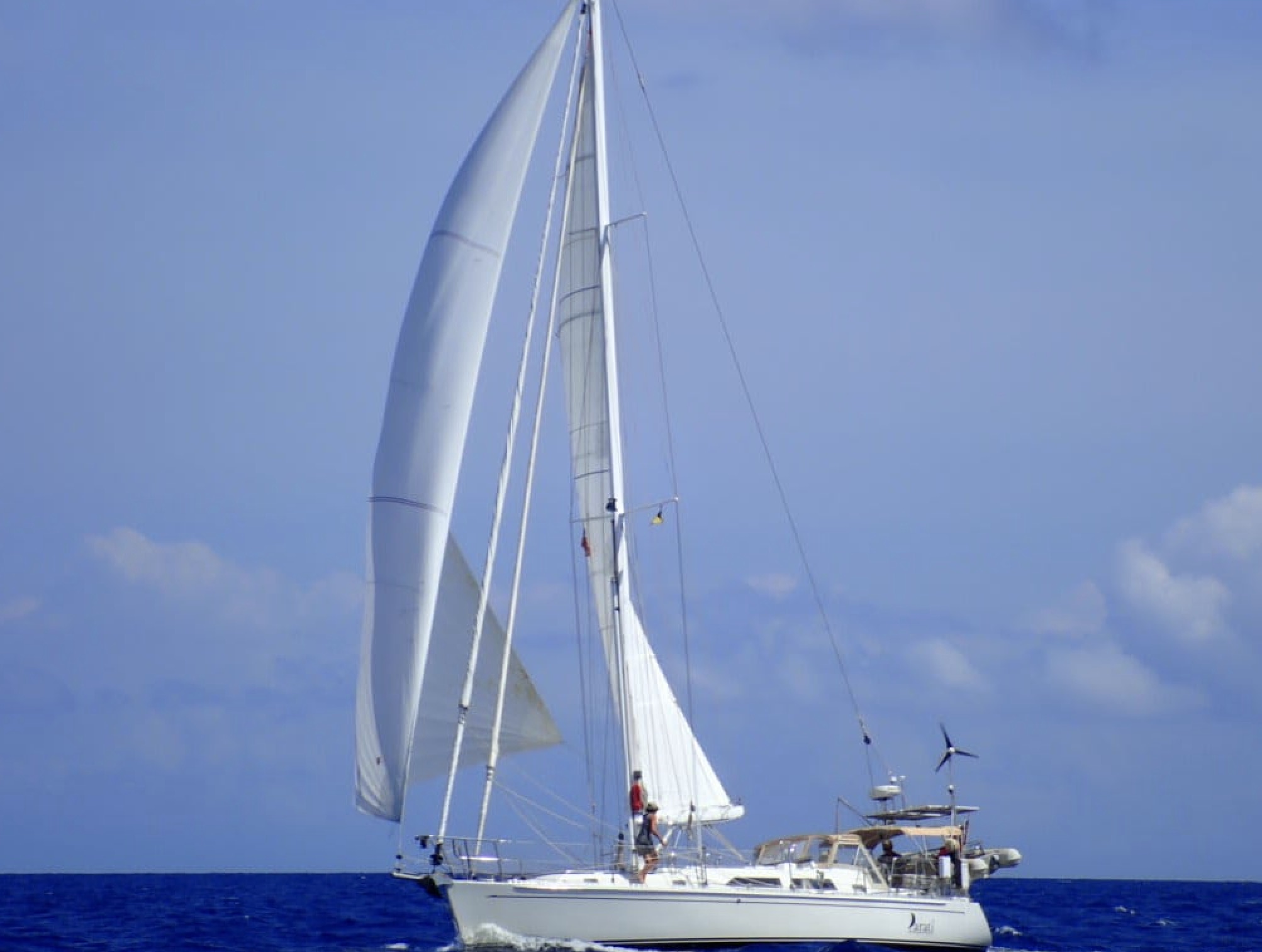 Dear Peter, I live-aboard my Outbound 46 and purchased a Windpilot from a German sailor in Gran Canaria. It was precisely the model I needed; Pacific with M4 bracket (I had had some initial discussions with you but customs clearance costs in the Canaries were proving prohibitive and unavoidable). He also had the SOS rudder. He originally purchased it from you in 2014 and had intended to sail around the world, but for medical reasons his plans had changed. 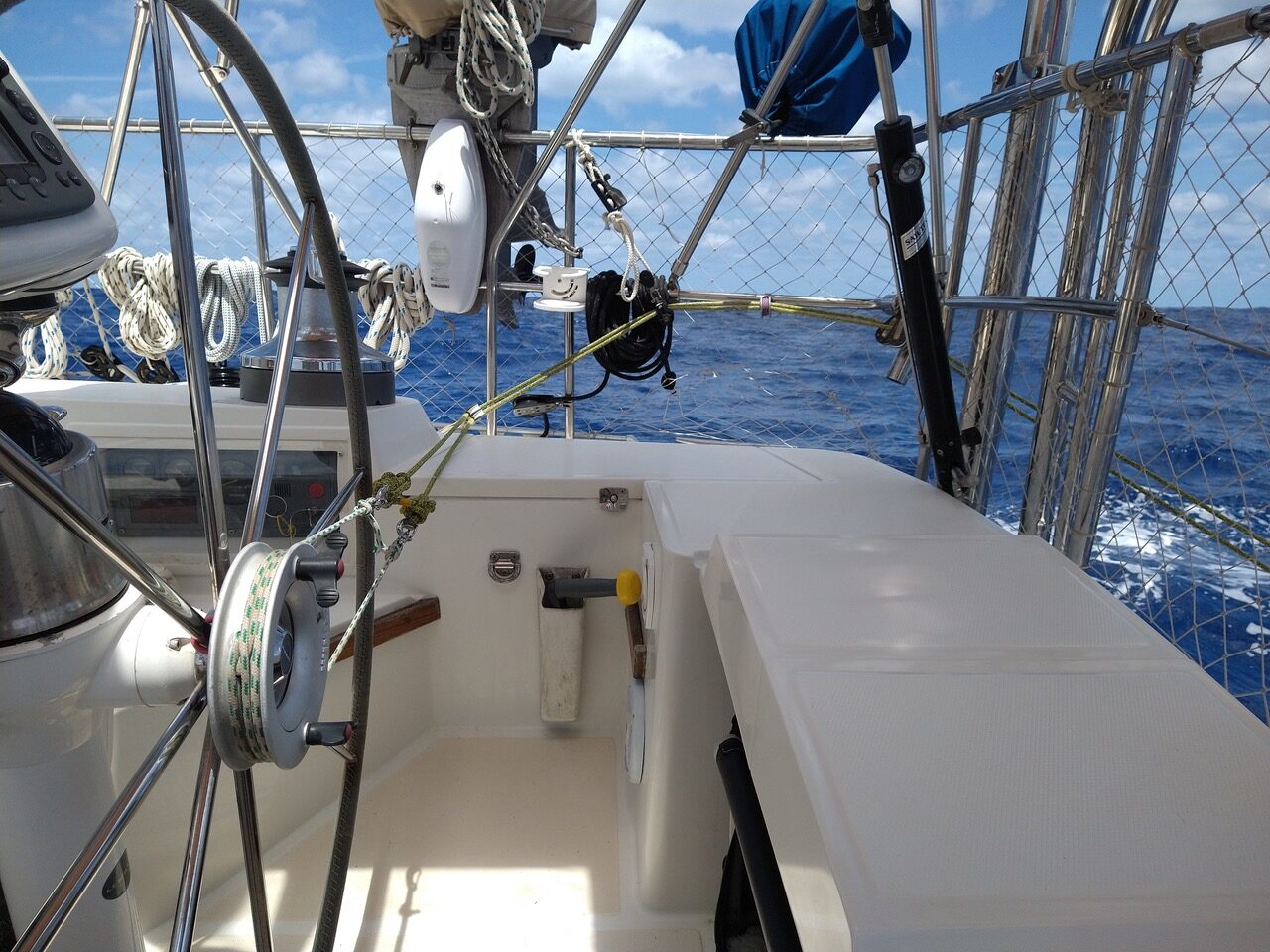 He is a lovely guy and was extremely helpful in helping me fit it. It has worked flawlessly to date, except when sailing through significant amounts of Sargasso weed during the second half of our Atlantic crossing in February 2019 (would have been great if there had been a mechanism to either easily remove weed or lift it up whilst underway at speed!). 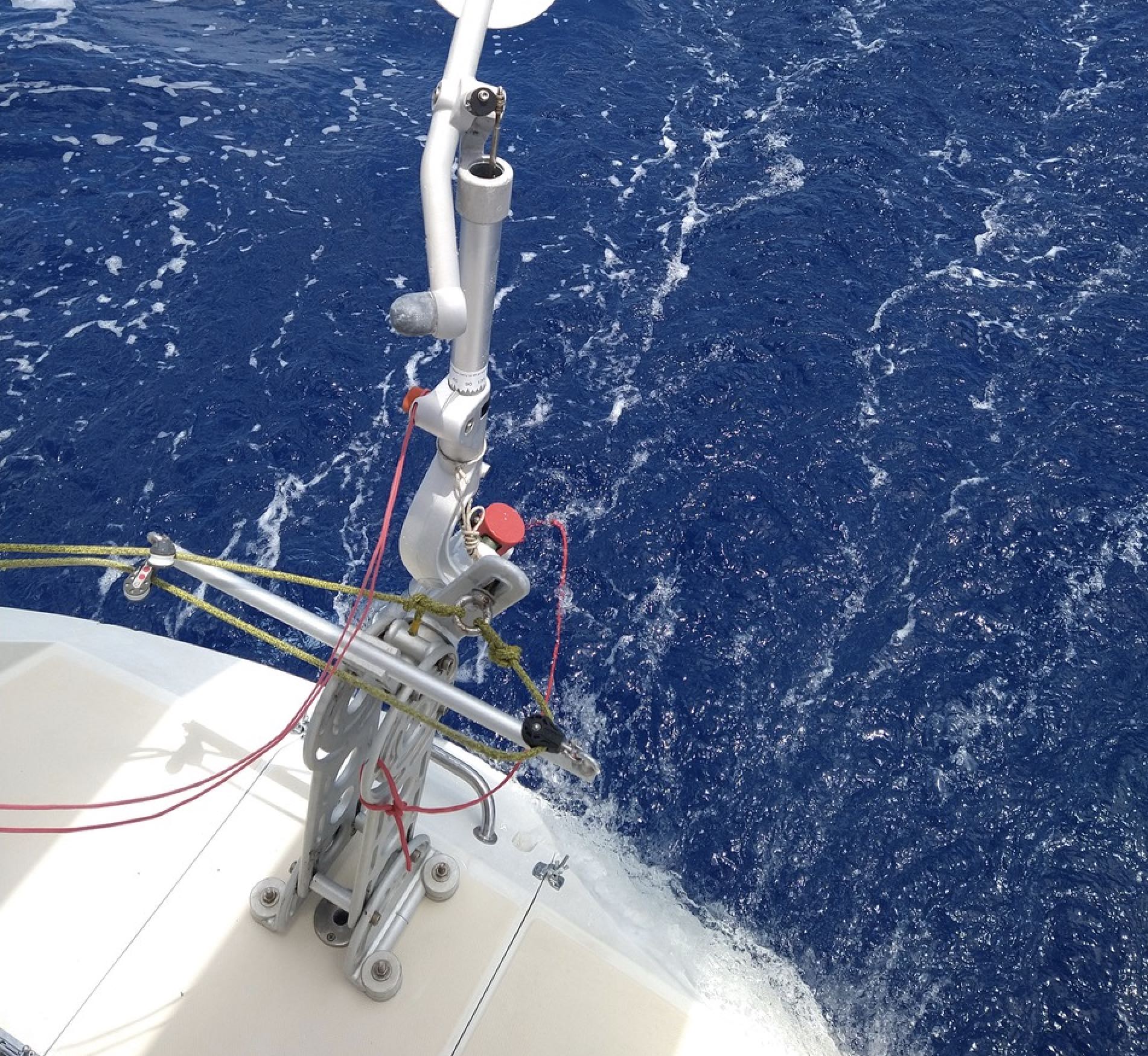 It is also easy to dismantle, completely remove and store when not required during coastal day sailing. It is attached to the swim-step cover on the sugar-scoop stern and the cover can be lifted and the steps used without too much difficulty with the Windpilot fitted; convenient and a good safety feature. I have posted pictures (see attached), along with positive comments, to the Outbound owners‘ group and hope to persuade some others to buy one from you. Currently, Outbound owners mostly go for an offset Hydrovane; American I guess?
best regards
Simon Anthony